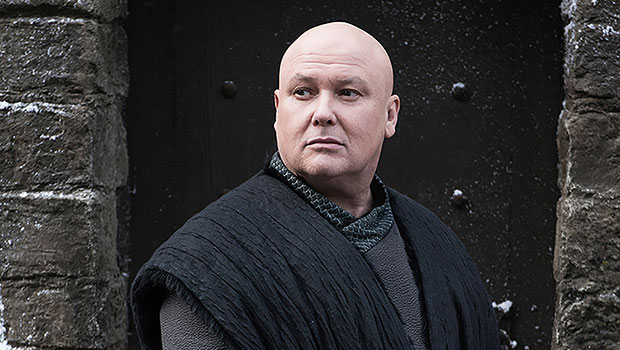 Will Varys die in the final episodes of ‘Game of Thrones’? His days are likely numbered. He’s thinking of committing treason against Daenerys, and there are 2 crucial season 7 scenes that foreshadow the character’s likely death in season 8.

Varys has a major target on his back after the May 5 episode of Game of Thrones. Once he found out that Jon Snow was the son of Rhaegar Targaryen and Lyanna Stark, making him the rightful heir to the Iron Throne and not Daenerys, Varys began to ponder the possibility of Jon Snow ruling as the King of the Seven Kingdoms. “He doesn’t want the throne. That’s why he bent the knee,” Tyrion told Varys, who replied, “Have you considered the best ruler might be someone who doesn’t want to rule?” Tyrion noted that they were discussing treason, which could get them both killed. “You know where my loyalties stand. You know I will never betray the realm,” Varys said. Varys vowed to act in the best interest of Westerosi people “no matter the personal costs.”

Varys is willing to die for what he believes is right for the realm, and he’s always been honest about that. Varys has served many rulers, including Daenerys’s father, and Dany questioned his loyalty in the second episode of season 7. “Incompetence should not be rewarded with blind loyalty,” he said. He was also upfront with her that his loyalty lies solely with “the people” and not any king or queen. At the time, he was all-in with supporting Dany because he felt the “people have no better chance than you.” Daenerys made him swear that he would never conspire behind her back if he felt like she was failing the people. “If you ever betray me, I’ll burn you alive,” Daenerys told Varys. Her words didn’t scare him. “I would expect nothing less from the Mother of Dragons,” he replied.

Melisandre sealed his likely fate in the next episode after Daenerys’s threat. He told Melisandre that it probably wasn’t a good idea for her to return to Westeros since she wouldn’t be safe. “I will return, dear spider, one last time,” she told Varys. “I have to die in this strange country, just like you.” Melisandre prophesied her and Varys’s deaths at that precise moment. Melisandre did return to Westeros one last time to aid in the Battle of Winterfell. She promised Davos that she would be dead before the dawn and she was right. Once the battle was over and the Night King had been killed by Arya, Melisandre died.

While Tyrion’s loyalty to Daenerys is still questionable, Varys’s is not. Varys is now on the Team Jon Snow train and he’s going to plot to make it happen. Daenerys is growing increasingly more volatile after losing Jorah, Missandei, Rhaegal, and most of her army. If she finds out that Varys is conspiring against her to put Jon Snow on the Iron Throne, something that she is desperately trying to avoid, she likely won’t hesitate roasting Varys alive with Drogon. But will she be proving Varys right that she’s not the best ruler by doing so? Game of Thrones season 8 airs Sundays at 9 p.m. on HBO.