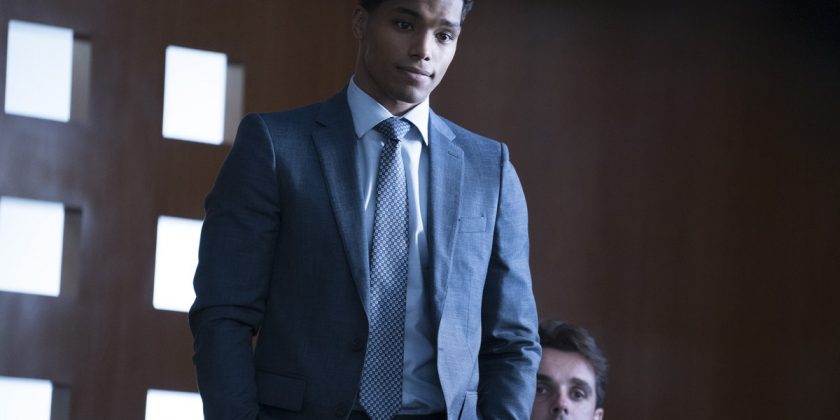 How to Get Away With Murder fans can finally rejoice because the murder crew is back for more action on Jan 13. The mid-season finale left everyone shook when Frank finally told Annalise that Gabriel is Sam Keating’s son. She unexpectedly confronted Gabriel, who stole her keys, in her apartment after the wedding while he stared at her like a creeper, so the premiere will presumably pick right up at this crucial cliffhanger. The mysterious law student is obviously coming to her for answers about his dad, but does Gabriel know how Sam died on HTGAWM? It’s always a possibility but it remains to be seen how much he knows about the truth.

Obviously, Gabriel knows Sam is dead because he brought it up in front of Annalise’s class during a tense discussion. He’s an intelligent (in an unsettling way) guy, so he probably doesn’t buy the story that the news reports were selling about Sam’s death. This means Gabriel is either there to find out what really happened to his dad or he has already pieced together most of the puzzle and wants to seek revenge. Frank did say Gabriel was dangerous, so it’s likely that he knows Annalise played some part in covering up the truth behind Sam’s demise and he wants to make her pay.

It wouldn’t be a smart move considering the connections she has on her side and her penchant for getting away with murder, but perhaps Gabriel has something shocking up his sleeve. 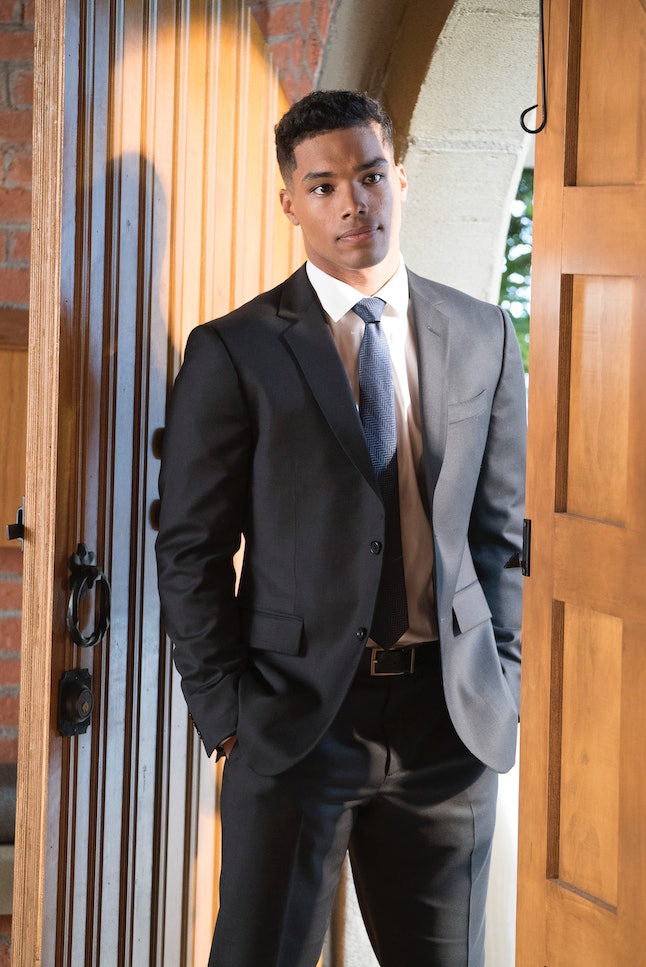 Gabriel will certainly be a top character to watch as HTGAWM continues to peel back the layers of his life. How did Frank know about Gabriel in the first place? He made that infamous call to someone announcing Gabriel’s arrival, so Frank knows even more than what has been revealed to the audience at this time. How long has Gabriel known that Sam is his father? There’s still a lot to uncover about Gabriel’s childhood and his mom, Vivian Maddox, so it’s possible that he just found out who his real father is in the last couple of years.

There was also a mention about an adoption that could ruin Annalise’s career earlier this season. Could this be in reference to Gabriel in some way? Maybe Vivian was a college student fling who was coerced by Annalise and Sam to give her baby up for adoption. If this is true, then Gabriel probably blames Annalise for sabotaging his relationship with his biological parents. It would also explain why his driver’s license said Mark Jackson if he was renamed by his adoptive mother. Of course, the truth will probably be something completely unexpected, but that’s why this series is so successful.

But, why has he waited so long to make an appearance? Is the transfer process into Middleton really that slow or has he been carefully plotting his moves? And, did Sam ever see his son? There’s so many ways that this story can go and fans can’t wait to see what twisty drama the show will cook up in 2019.