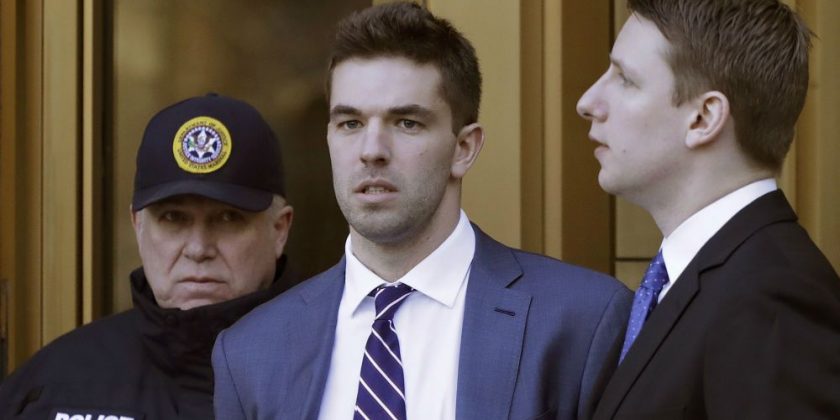 Billy McFarland, who was sentenced to six years in prison last month for his role in the disastrous 2017 Fyre Festival, has apologized again for his actions, this time in an interview with People magazine.

“I am incredibly sorry for my collective actions and will right the wrongs I have delivered to my family, friends, partners, associates and, you, the general public,” he said. “I’ve always sought — and dreamed — to accomplish incredible things by pushing the envelope to deliver for a common good, but I made many wrong and immature decisions along the way and I caused agony. As a result, I’ve lived every day in prison with pain, and I will continue to do so until I am able to make up for some of this harm through work and actions that society finds respectable.”

The heavily hyped Fyre Festival was to be a “luxury concert” — taking place on a small island in the Bahamas and featuring Blink-182, Migos and Disclosure — but collapsed on in a mess of disorganization on April 29 before it had even started. Far from the luxury accommodations and celebrity-chef-prepared meals promised by its producers —McFarland and rapper Ja Rule — concertgoers were met with flimsy tents, boxed lunches, near-total disorganization and long waits for flights to return to the mainland after airlines began refusing to fly would-be concertgoers to the overcrowded island of Exumas.

Yet even after he had pleaded guilty to two counts wire fraud in March, McFarland was charged in June with running a fraudulent ticket-selling scheme while he was out on bail. His lawyers had asked for leniency, saying their client suffered untreated mental illness involving delusions about “fame and fortune.” Prosecutors had argued for a longer sentence, calling McFarland “the consummate con artist.” Judge Naomi Buchwald, who presided over the case in the U.S. Southern District Court, called McFarland “a serial fraudster.”

Investors in Fyre suffered $24 million in losses, it was revealed in court.

McFarland continued his contrite tone to People. “I’m devastated, but accepting, and I’ll use this opportunity to live my apology and become the family member, friend, business person and good citizen I should have been all along. I’d like to thank everyone who has supported me every step of the way. Your love keeps me focused. Your hope keeps me motivated. Earning your forgiveness will fuel the rest of my days.”