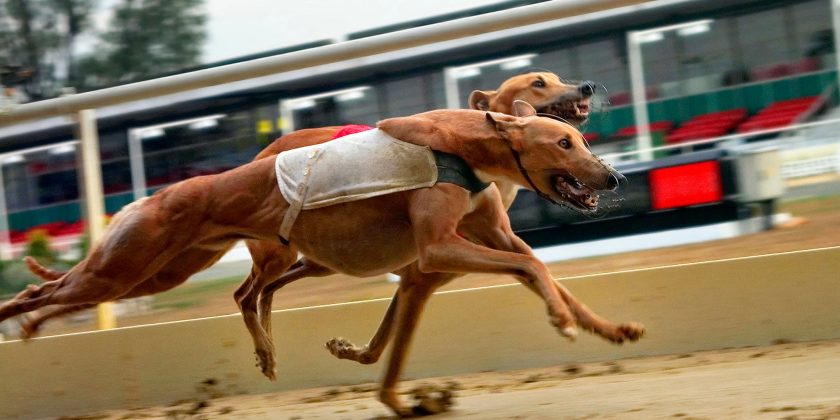 In a sweep that surprised even its most ardent supporters — and angered its critics — Florida’s Amendment 13 passed with 69 percent of the vote, bringing the state’s greyhound racing industry to screeching halt.

“It’s one of the largest victories for animal protection in history in the western world,” Carey Theil, founder of GREY2K USA Worldwide, told PEOPLE of the move, which bans wagering on live dog races and mandates phasing out of all commercial dog racing in the state by Dec. 31, 2020. “It cannot be overstated how significant this win is.”

But the real fight has barely begun. Figures from various sources suggest anywhere from 8,000 to 15,000 greyhounds currently racing or in training for Florida’s final racing seasons will need new homes over the next two years as their careers and the state’s industry are phased out.

According to pro-racing lobbyist Jack Cory, the Florida Greyhound Association works with a select group of 102 organizations nationwide that will help get many of the animals adopted. But many more are anxious to help – if they’re granted access.

“That’s what’s at the top of everyone’s minds,” Kate MacFall, Florida State Director for the Humane Society of the United States who co-chaired the Yes on 13 Campaign, told PEOPLE when asked what’s next for Florida’s greyhounds. “It’s too soon to tell.”

PEOPLE reached out to multiple organizations that, according to their websites, work with the greyhound racing industry to shelter and facilitate the adoption of retired racing dogs. None returned our messages. That doesn’t surprise Sonia Strattemann, founder of Elite Greyhound Adoptions in Loxahatchee, Florida, who said that many organizations that want to help have been blackballed by the industry.

Elite “took in an average of 200 greyhounds a year up until last November,” she told PEOPLE, noting that untreated broken legs are common, as is the practice of selling retired racing dogs to blood banks, where they can stay upward of two years before being rescued or euthanized. Once Stratteman went public with her support of Amendment 13 a year ago, trainers and owners stopped allowing her to take in their dogs.

“Since then, I’ve had maybe 20,” she said, noting that those dogs came primarily from veterinarians and blood banks. She suspects organizations are hesitant to speak publicly for fear of drawing the ire of the industry and losing their own opportunities to help.

“Emotions are running so high right now,” she said.

Of course, the ban is brand new and many organizations likely are in the beginning stages of developing a concerted adoption effort. But in a Nov. 15 Facebook post, Dennis McKeon, a former greyhound trainer and committee member of the Wilmington, Delaware-based Greyhound Racing Association of America, confirmed that pro-ban organizations need not apply.

“The best and brightest minds in both the racing and adoption communities, are currently engaged in formulating cooperative strategies to account for every greyhound who will be affected by the travesty of Amendment 13,” he wrote. “Those ‘best and brightest’ do not include any person or group who supported the greyhound-averse Amendment 13.”

As of press time, McKeon had not responded to PEOPLE’s request for an interview. His non-profit organization, Race for Adoption, purchases greyhounds, sells sponsorship shares in each and races them, donating winnings to a small group of adoption organizations, according to its website.

Meanwhile, Cory told PEOPLE that the industry soon will head back to the Florida legislature “to get funding to take care of the animals.” But when asked how that funding will be spent, he said, “To compensate the owners for the loss of the value of their businesses.”

When pressed to clarify how the animals, specifically, will be aided by that funding, he said, “It is both and the same thing. The animals and the owners who own those animals are one and the same.”

Adam Sugalski, founder of One Protest, a Jacksonville-based advocacy organization that supported Amendment 13 and is involved in varied animal welfare issues from China’s dog meat trade to rhino poaching in Mozambique to Florida’s state-sanctioned bear hunts, doesn’t have much sympathy for those owners.

“I understand that the ban is taking away some people’s livelihoods. But people can find other jobs that don’t involve making money off the backs of these animals,” he told PEOPLE, pointing to the most recent state report detailing on-track deaths of 493 greyhounds since 2013 – the first year that the industry was legally mandated to report them. Of those deaths, more than half, 281, were confirmed to be race-related; 24 were deemed likely race-related and in 29, the cause was unknown or not provided. Common race-related causes listed were fractures, broken necks and backs, fatal head injuries, electrocutions, extreme exhaustion and illnesses caused by bad meat.

“These dogs are falling through the cracks of society,” Sugalski said, noting that reporting of non-fatal, on-track injuries still is not required. “Their welfare is more important than jobs.”

Florida’s ban ultimately will shut down 11 of the nation’s 17 currently active dog tracks. Others remain in Alabama, Arkansas, Iowa, Texas and West Virginia.

Said Theil: “This vote is a momentous one. It puts animal welfare at the heart of what it is to be American, proves that it’s one of the core values that makes us who we are. It’s a big deal.”

Those wanting to help Florida’s greyhounds are encouraged to contact their local greyhound shelters and rescues about fostering, adopting or donating. Advocacy groups like the HSUS and GREY2K also accept donations that will go toward supporting transport and adoption, as well as efforts to end greyhound racing nationwide.