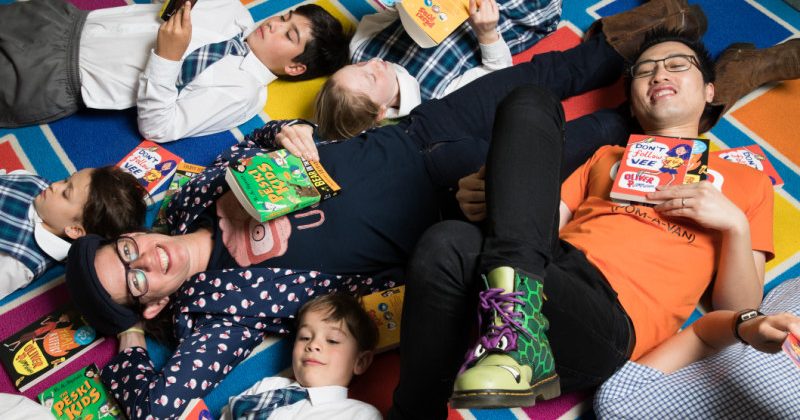 Authors R.A. Spratt and Oliver Phommavanh were both stand-up comedians before they became doyens of the upper primary school set.

Phommavanh was a teacher by day, stand-up comic by night, while Spratt got her start writing 100 jokes a day for Good News Week and comedy sketches for Backburner and Comedy Inc, often crossing paths with Anh Do, the hugely popular children's author, on the stand-up scene. 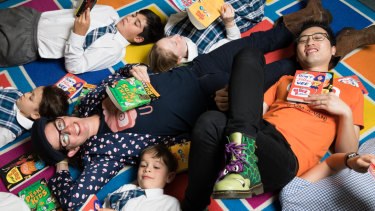 Since releasing his first book Unreal! in 1985, Jennings has gone on to publish 50 books and sell 10 million copies worldwide.  The former speech pathologist and teacher attests to the importance of humour in making reading accessible.

"I get a bit distressed sometimes with all the arguing about what's the best method of teaching reading and all the techniques when we're often forgetting about how appealing the story is and whether the kids really like it. That is so important, and humour is part of that," Jennings says.

"Quite early on in my writing career I got a letter from a nurse at the children's hospital and they said they had a little girl in there that had been badly burnt and wouldn't speak to anyone, and was in shock.

''The father sat there every day and night holding her hand and the teacher came in and read one of my stories, and she laughed and the father cried and I thought, you shouldn't underestimate how important it is to give children a good time when they are reading. I've always remembered that, affirming the place of humour in children's literature." 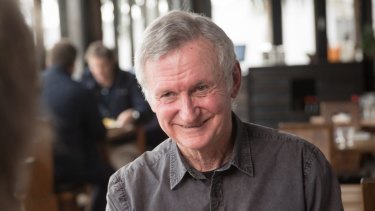 Lifetime achievement award for children’s author Paul Jennings, the master of the twist in a tale.Credit:Simon Schluter

Spratt and Phommavanh performed before 5500 school children at last month's Sydney Writers' Festival, selling out four venues, including two Town Hall events. Of all the notable festival authors, it was Spratt's tale of sibling rivalry, The Peski Kids: Mystery of the Squashed Cockroach, aimed at eight to 12-year-olds, which topped book sales.

Humour is the same for adults and children, Spratt says, though there is a moral responsibility to the audience to maintain taste standards while encouraging reading, and it's prudent to remember that "kids don't have all the references to popular culture".

"Kids have only been on the planet for eight or nine years, they are not going to get all the references, so humour with kids has to be humour in a raw form. It has to physical or situational."

Phommavanh started stand-up comedy to test his writing and continues to make stage appearances for the feedback. His book Natural Born Loser taps into his experience as the only "Asian kid in my school".

"I was the kid with the one-liners, saying the wrong thing at the wrong time. The migrant experience is so rich and varied – there are some darker, serious terrorists – but I like to fiddle around and look at the other side, the fish-out-of-water, the odd one out scenarios and misunderstandings. All my main characters have been Asian Australians because I want to give a voice to those  kids who may feel they are under-represented in books.''

Spratt says it's a mistake to think that humourous children books are dumbed-down and they are simply a lighter way of delivering information and story.

"For a lot of kids, that's how they connect with reading – it means something to them to share a joke or a little insight with the author."