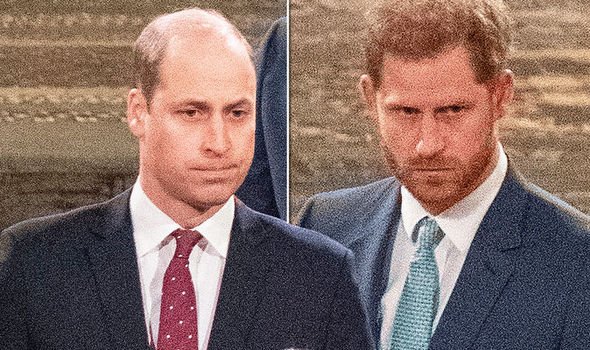 All eyes were on the brothers as they met again at the sombre event. While Prince William was joined by his wife the Duchess of Cambridge, Harry’s wife Meghan Markle remained in the US.

William and Harry’s latest rift is one of many royal rifts analysed by body language expert Judi James for Express.co.uk.

She discussed the “frostiness” between the pair seen at Harry’s last event as a working royal.

He and his wife Meghan Markle attended a Commonwealth Service in March last year.

Judi said: “With his role as future king in mind, William has been honing the skills of the royal poker face for many years now, unlike his younger brother Harry whose body language tends to be much more openly revealing in terms of his inner feelings.”

She suggested the brothers struggled appear as if all was well at the sercvice.

Judi claimed there was a “frostiness” between the brothers.

“Despite shrugging denials of any deep, long-lasting rift, the final public appearance of the brothers prior to Harry’s move to the US proved too much for both of them in terms of pretending all was well,” she said.

“At the Commonwealth Service we saw no public acts of unity, just a frostiness that was horrible to watch between two men who had been so close.”

The expert claimed it was a “brutal” response between the brothers.

Judi said: “Ignoring someone is possibly the most brutal response during a fall-out.

“It’s painful and stressful for both parties to perform because it is a totally unnatural body language state, increasing awareness of the other person and creating an irresistible urge to look at them more.

“It leads to a ripple-effect of tension for everyone in the surrounding area and it signals the fact that all communications have broken down.

“In a marriage, it’s known as the ‘Ask your father to pass the salt’ stage of a rift. 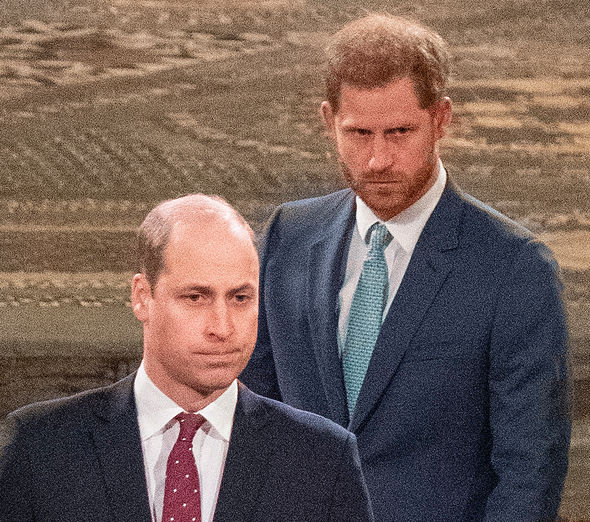 “No wonder we all breathed a communal sigh of relief when the brothers were at least seen talking together again after their grandfather’s funeral.”

Judi analysed other aspects of the funeral too, looking at Kate Middleton and Prince William.

The expert claimed Kate was there for her husband with “firm encouragement”.

She watched on her as he paraded into the church behind his grandfather’s funeral. 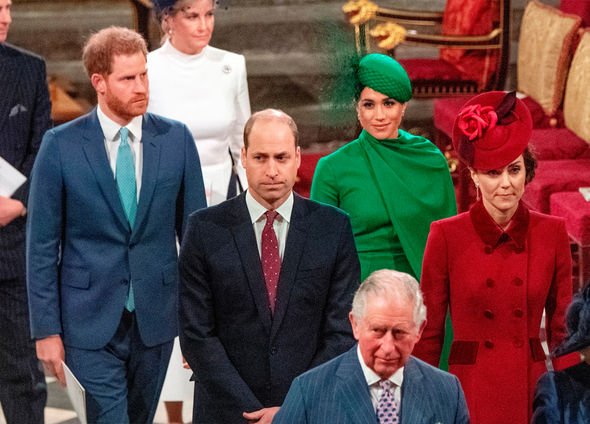 The Duchess appeared to be “in charge” of the choreography for the day.

Judi said: “Kate appeared to be a quiet, elegant presence with no outward displays of emotion but her subtler signals suggested she was supplying support and even a firm encouragement to her husband.

“Sitting reflectively with her hands folded while William lowered his head in a sign of grief and sadness, Kate looked like a calm and composed presence at a time when he must have needed it most.”