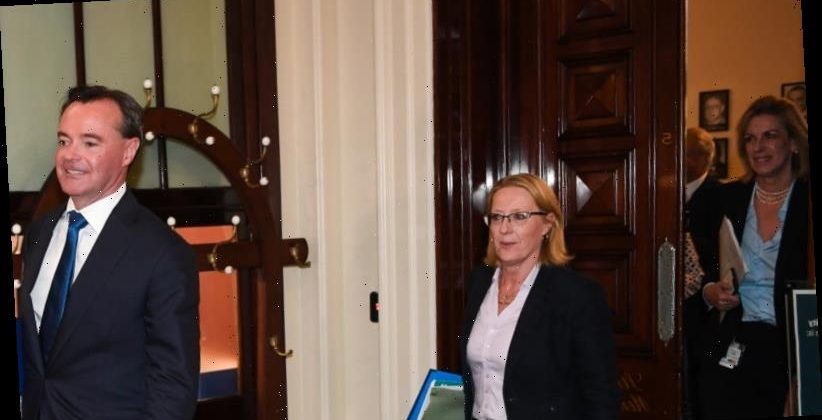 When the members of the state parliamentary Liberal Party gathered to vote on an ill-fated leadership spill on Tuesday, one number above all told their sorry story.

It was not how many voted this way or that on the spill motion, but the number of men and women in the room – a meagre 31 out of a total of 128 members in both houses of the State Parliament. By way of contrast, the Andrews Labor government has 55 members in the lower house alone. 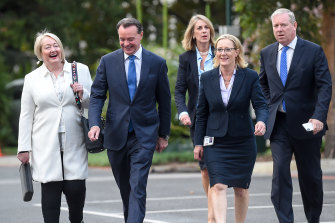 This tells us a lot about why the Liberals are in their current predicament. When it comes to leadership, they have few decent options. And because there are so few Liberal MPs, there aren’t enough minds at work to produce new ideas and to make connections with people in the parts of outer Melbourne and regional Victoria who simply don’t feel that the party understands them.

Michael O’Brien, who survived the spill motion 22 votes to nine, is widely regarded as a decent person. He’s hardly set the world on fire since he took over as leader in the wake of Labor’s monumental election win in 2018, but it would have been folly to expect him to in the aftermath of one of the biggest drubbings in Victorian political history.

Throw in a pandemic that’s dominated the lives of every Victorian for 12 months and counting, and the prospect of a miraculous revival in the Liberal Party’s fortunes – no matter who the leader is – moves even further off into the distance.

This is not to suggest that the Liberals are consigned to opposition in perpetuity; the electoral wheel will eventually turn. But almost two years out from the next election, the focus should be on the party’s purpose and its relationship to a rapidly evolving state rather than who’s in the boss’ chair. 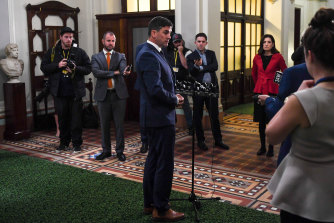 Brad Battin made an unsuccessful tilt for the boss’ chair.Credit:Justin McManus

It was not hard to see a limited form of logic behind little-known frontbencher Brad Battin’s plan to wrest the leadership from O’Brien.

Many MPs are unhappy, unclear about their direction, restless. Of course, that is the condition of state oppositions around the nation in the COVID-19 age, in which people have shown that by and large they’re willing to put their political allegiances aside if governments will do what’s necessary to keep a new, deadly virus at bay.

Still, with Daniel Andrews out of commission for a few months while he recovers from his fall, there was a chance that a fresh face at the helm on the other side would attract considerable attention – something the dour O’Brien has not managed. 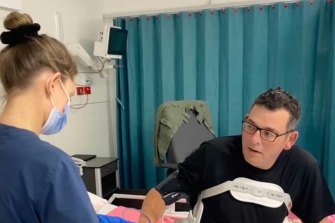 Daniel Andrews shares a photo after being moved out of ICU.

However, that’s as far as it would go. After that, what?

The dire number of 31 MPs predates the pandemic and it was not arrived at by accident. It was the culmination of years of desultory policy-making, self-indulgent factional behaviour and a belief that most voters detested the ALP as much as the Liberals and their media supporters did.

Bizarrely, in the lead-up to the last election under Matthew Guy’s leadership, the focus was on African gangs, a Labor scandal involving party workers and the treatment of CFA volunteers. Most voters wondered what those things had to do with them, and the government picked up a five-point swing.

At the election before that, the Liberal-National government, led first by Ted Baillieu and then Denis Napthine, lost office after a single term – which takes some doing. 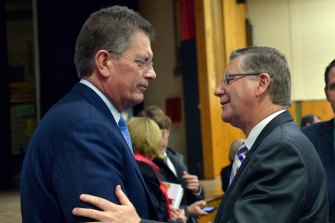 That period of office was when the real trouble started; that government took too long to get started and looked ineffectual. It did introduce the anti-corruption commission IBAC and finally embraced the need for big infrastructure programs, but it was all too late.

‘One thing the Liberals are still to deal with is the shadow cast by Jeff Kennett.’

Labor under Andrews has avoided that mistake: it is now seen as the party of infrastructure and service delivery – a crucial point of difference at the state level.

One thing the Liberals are still to deal with is the shadow cast by Jeff Kennett, who continues to play a big public role as a commentator and football identity. 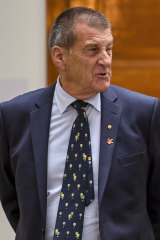 When Battin’s challenge became news on Monday, Kennett publicly toyed with the idea of standing for the party’s state presidency. After the challenge flopped, he was on radio offering his view about it.

Kennett is a substantial figure in the history of the Liberal Party and the state but it’s an open question whether his regular public critiques and interventions are helpful to a new generation of Liberals 25 years after he last won an election.

The Andrews government does have vulnerabilities. The Premier is not travelling as well as other interstate counterparts thanks to the hotel quarantine fiasco and the state’s lockdowns.

He cannot boast the near-monolithic levels of support enjoyed by Mark McGowan in Western Australia and Gladys Berejiklian in New South Wales.

But the government is still in a strong position. It will take more than a change of opposition leader to alter that.