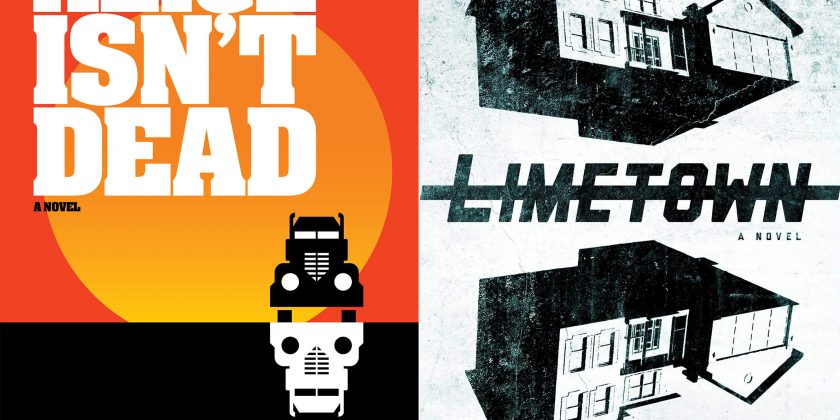 Gripping radio dramas of decades past, ushered into obsolescence by the might of TV, have recently made an improbable comeback — as podcasts, boasting spiffy modern sound designs, binged during commutes and at the gym. Now a pair of the form’s most popular series are going even more retro: They’re becoming novels.

Joseph Fink has done this before, writing two books out of his Welcome to Night Vale podcast with co-creator Jeffrey Cranor. But Fink’s new podcast, Alice Isn’t Dead, is his first solo effort; the novel adaptation, his first solo book. (A TV series is also moving forward at USA Network.) Alice is a spooky road-trip story about a young woman named Keisha who trucks across the country to find her wife, who’s presumed dead but is almost certainly not. (As to why? No spoilers.) From the first scene, she gets more than she bargained for — pursued by a ravenous serial killer, wading through zombies and conspiracies to find the love of her life.

Fink rather neatly compresses three podcast seasons into one book. His flashy horror stylings don’t fully translate to the page — the creepy, anxious factor of his audio work is second to none — and the pacing, as Fink tries veering between new points of view, turns clunky. But this Alice Isn’t Dead remains an intriguing complement, imbued with newfound soul — and romance. Alice has always known suspense, but as a novel it finds true love.

Sadly, I’m not so sure what the Limetown novel finds. The book, written by Cote Smith from a story conceived by podcast creators Zack Akers and Skip Bronkie, is a prequel that seeks to enhance our understanding of main character Lia Haddock, developing new puzzles for fans to solve. Unlike Alice‘s textual companion, however, Limetown doesn’t convince as stand-alone narrative fiction.

The Limetown podcast is narrated by Lia, a fictional reporter who’s investigating the random disappearance of 300 people, including her uncle, in a small Tennessee community. (Season 2 premiered in October; Facebook Watch is developing a series starring Jessica Biel.) Resembling a fictionalized Serial, the show is an expansive, gorgeously produced work; an entire town comes to life through Lia’s research. The mysteries are engrossing, but equal to the immersive atmosphere and cast of characters Limetown develops.

The book mostly forgets this, following 17-year-old Lia as she discovers secrets about her uncle and family. Her connection to Limetown‘s main story comes into view — a nice bonus for listeners, perhaps. But the family story plods, with too much focus on moving plot. There’s a good book somewhere in the world of this podcast. But its creators may need to listen more closely.