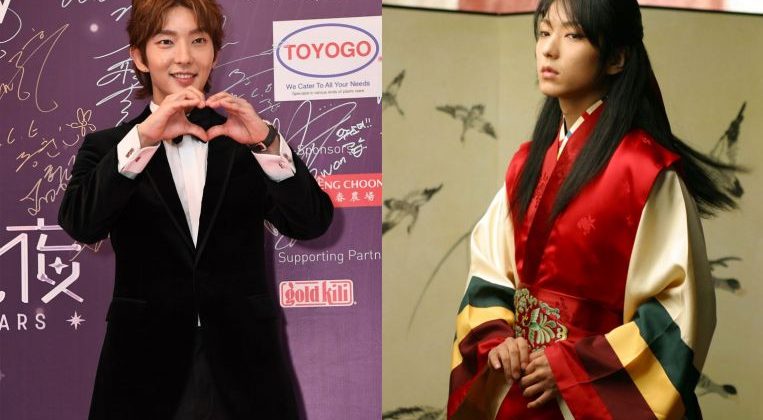 And he is not about to stop.

Lee, who was in town last Saturday for StarHub Night Of Stars, an awards show to celebrate Asian entertainment, told The Straits Times through an interpreter that he believes he is better-suited than other actors to tackle period dramas.

“Many people have told me I have a unique look and I think so too. I’m not conventionally handsome, but I fit the aesthetic of period dramas,” says the 36-year-old, who first rose to fame in period film The King And The Clown (2005).

The heart-throb, who has phoenix eyes – an eye shape with an upward sweep at the tail thought to be traditionally beautiful, played an effeminate clown in the Joseon era.

He adds: “I think I can explore different sides of myself in period dramas, but it’s important to read up on history before taking on such roles since it requires a bit of background knowledge.”

While Lee has continued to star in historical television dramas such as Iljimae (2008) and Scarlet Heart (2016), he has steadily moved away from effeminate roles.

Instead, the actor, who is trained in different forms of martial arts like taekwondo and jiu-jitsu, is now better known for his action scenes.

In his latest drama series, Lawless Lawyer, he plays a gangster-turned-lawyer who uses his brains and fists. For the role, he picked up the Best Male Asian Star award at StarHub Night Of Stars.

He says his favourite fight scene took place in a night club, where his character had to fend off a horde of gangsters.

“I actually worked with the director on that scene, which took about 11 hours to film, and told him what sort of actions I can do because I know best what I’m good at.

“After doing the scene, I had injuries all over – on my shoulders, knees, ankles, waist.”

Asked if he got into fights when he was younger, the actor says without going into details: “Well, like many people, I went through a rebellious phase in my teenage years, but I think that’s quite normal.”

The multi-talented star, who also sings and has seven albums under his belt, was also in Singapore in March last year to headline the HSBC Women’s Champions Music Festival.

He hopes to return soon for an intimate gathering with fans and to enjoy the country at a more leisurely pace.

Lee, who has been here only for work, says: “All my impressions of Singapore are from a moving vehicle, but from what I can see, it’s a city which has a good balance of greenery and I think it’s really nice.

“Currently, I’m doing my Asia fan-meeting tour and when I complete the stops, I hope to come back to Singapore.”

The bachelor kicked off the tour in Seoul earlier this month before heading to Japan. He will also be making stops in Taipei, Bangkok and Hong Kong.

Although there are no concrete plans for Lee to meet fans here, he says they are “in discussion”.

“I really want to come to Singapore, to talk to my fans and have a party we can all enjoy together.”