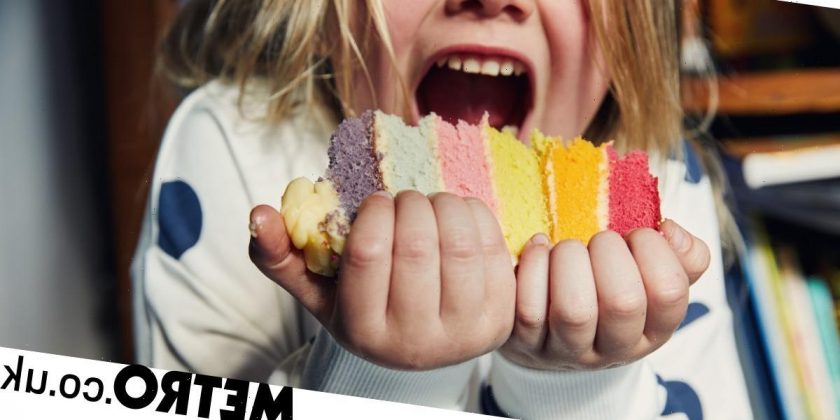 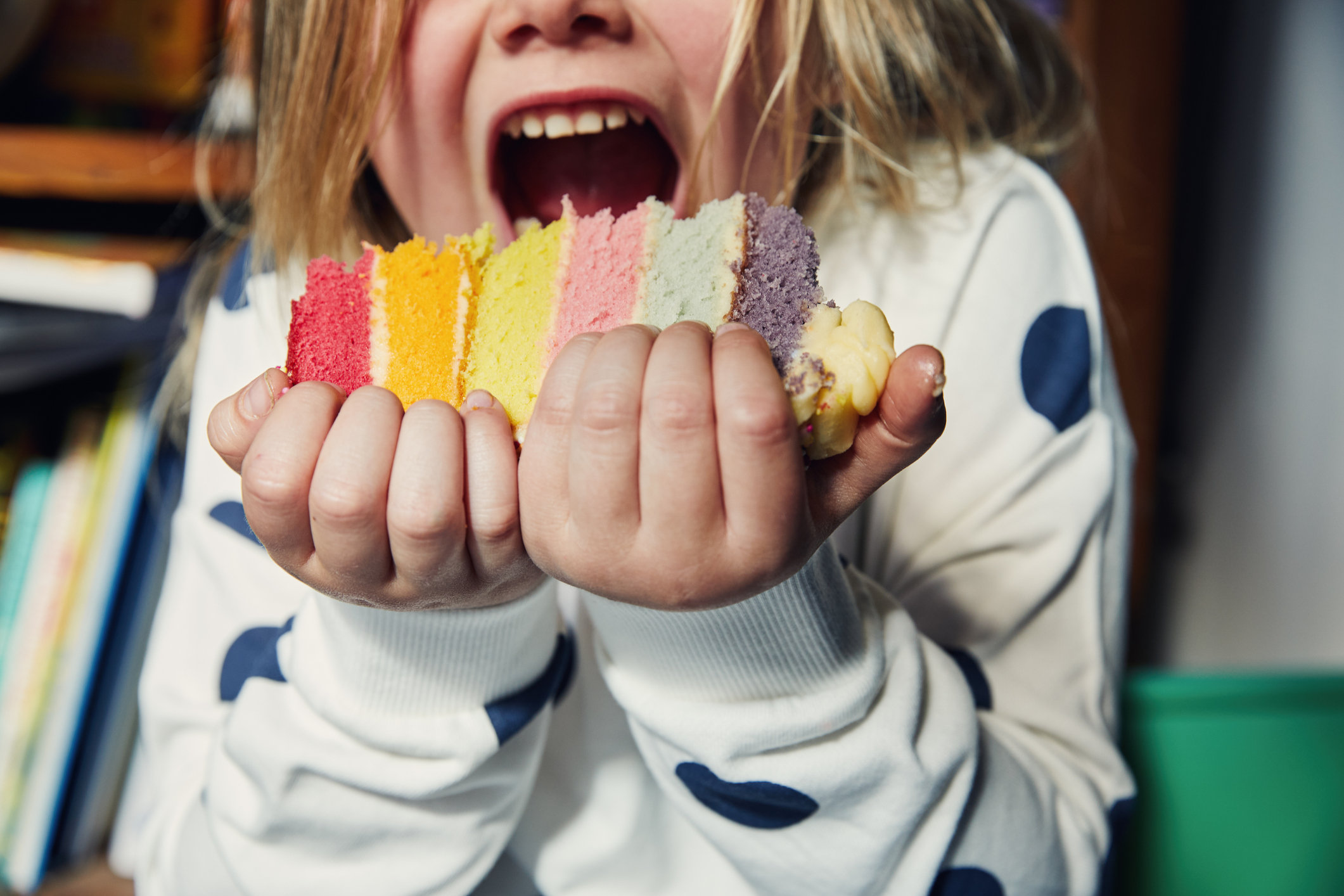 ‘Do you think we have enough food?’ I worried to my husband, Tom last weekend. ‘I don’t want anyone to be hungry.’

As he looked at the piles of sausage rolls, breadsticks and overflowing platters of sandwiches, Tom laughed. ‘There is enough here for double the amount of guests we have coming,’ he assured me.

I took another look and pushed him towards the door. Never mind the fact it was 7.30am. ‘Go and get another loaf of bread,’ I instructed. ‘And some Babybels – and mini chocolate brownies.’

Hardly haute cuisine but then, we weren’t having a fancy dinner party. No, the event I was catering was my little girl Immy’s third birthday party. But, given how stressed I felt, I may as well have been having royalty round.

Tom and I have very little experience of children’s parties. My eldest child, Theo’s first birthday was celebrated in the function room of a pub with a load of toys we’d bundled over, alongside copious amounts of prosecco and beer. His second, just after Immy was born, was very similar, but in a different pub with a kid’s play room.

Then, we went into lockdown and for the next two years, kids’ birthday parties – like all other social events – were banned.

To be honest, after recently having Immy’s, I’m not so sure they shouldn’t still be now.

Because, over lockdown, I’d forgotten just how stressful it is to organise a party.

And this one was even worse, because if it all went wrong, it wouldn’t be me who would be disappointed, it would be my little girl.

From the off, I was stressed, firstly about the guest list. For the year she’s been in nursery, Immy has mentioned two, maybe three, children she plays with. Ever. And when it came to handing out the invitations, it turned out one of them left the nursery six weeks ago.

The nursery staff gave me a couple more names of the children she spent time with and eventually, adding to my best friends’ children, and my niece and nephew, I thought we had a good number. Enough to make the soft play area we’d booked out feel busy enough without it being too overwhelming.

That was until the day before, when I got a text from a mum saying her little one had been sent home from nursery sick and would no longer be able to come, but they both wished Immy a lovely day. Then, just minutes later, another text, another mum, another one down. Some last-minute unavoidable plan had come up, they were sorry, etc.

Tom forced me to breathe deeply. It would be fine. Two less was fine. We’d barely notice. That was, if everyone else came. ‘What if they forget?’ I asked Tom, desperately. It was easy enough to do. I’d done it, just a few months before, when work was overwhelming, Tom had Covid and I was sitting on a Thomas the Tank Engine train in our local park and suddenly remembered I was meant to be at a soft play half an hour prior. I felt terrible.

Then, the woman who was making Immy’s cake messaged. She’d been in hospital. ‘I won’t let you down, the cake is made and decorated,’ she assured me. ‘But I can’t deliver it.’ Another spiral – the party was starting at 10am and we had to arrive at 9.30 to set it up, there was no way we’d have time to drive three miles in the wrong direction to pick it up.

Thankfully, my sister came to the rescue.

So now, the morning had finally arrived and I’d moved onto panicking about the food. Because even though I was half-convinced that no-one was going to come, as I looked at the bags of food, I was equally sure we wouldn’t have enough to feed our no-show guests. An irony that didn’t escape me, which my friends found particularly hilarious.

‘No child eats at a party, especially the sandwiches,’ they told me when I texted my concerns to them. ‘As long as there’s sweets, they’ll be fine.’

It was only when we arrived at the leisure centre that I finally stopped worrying about the food.

And that was only because I’d found something else to worry about. The guests were arriving – but I didn’t know any of them. I spoke to one mum for about five minutes before I realised she wasn’t part of the party – her kids were a good four years older than Immy and she’d managed to sneak past the reception staff.

Thankfully though, my sister and I set up the room for the food as the kids raced, bounced and climbed round the soft play, while Tom handed out squeezy yoghurts and squash.

When they finally all sat down and started to tuck in, the shrieking and laughter finally calmed down. And then, when we brought Immy’s cake forward to sing happy birthday and her beaming smile lit up her tiny face, I grinned just as brightly. Mostly from happiness, but also from relief.

Because it hadn’t gone wrong. In fact, it had gone about as right as it could’ve done.

‘I feel like I’ve run a marathon,’ I told Tom, as we packed up the barely-touched sandwiches three hours later – as my friends had predicted, the kids had bypassed the savoury for the sweets and sugar.

It’s just a shame it’s Theo’s fifth birthday in three weeks time and we have to do the same thing all over again. At least this time, I’ll know not to send Tom out for more bread.