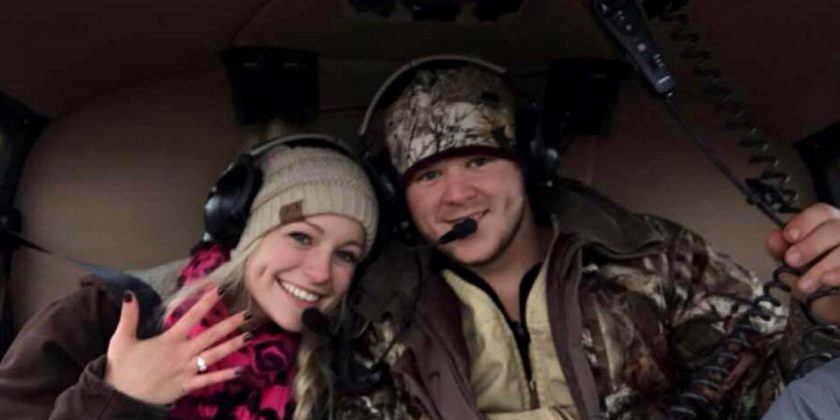 Just a few weeks ago, Madi Wagner listened to Will Byler and Bailee Ackerman gush about their upcoming wedding. Now, Wagner is struggling to come to terms with news that the couple reportedly died in a helicopter crash shortly after saying “I do” on Saturday.

Wagner, a Texas photographer who captured the couple’s engagement photos, says she got the news on Sunday from a friend that the Bylers, both 23, died in the crash early Sunday morning after flying off in the aircraft following their wedding in Uvalde.

“I was upset, I had just seen them a couple of weeks ago,” Wagner tells PEOPLE of her reaction to the news. “They were two of the sweetest people — always smiling. Their love for one another truly shone through.”

The crash occurred around 1:57 a.m. local time on Sunday morning, a spokesperson for the National Transportation Safety Board tells PEOPLE. Preliminary reports suggest there were three people in the helicopter at the time, including the couple and the pilot, the spokesperson says. All three died.

In the wake of the deaths, Wagner revealed in a moving Facebook post that the helicopter allegedly hit a mountain shortly after the Bylers celebrated “the best day of their lives.”

“Last night, family [and] friends gathered around to watch these two become one at their most magical, fairytale wedding,” Wagner wrote. “These two spent their last day on earth celebrating with their most cherished loved ones.”

The groom’s grandfather, William Byler, told KTRK that the couple had only been married for about 90 minutes when the aircraft when down near the family’s ranch. The station has identified the pilot as Gerald Green Lawrence, a Vietnam war veteran.

News of the deaths quickly made headlines after officials with The Houstonian — the newspaper of the college that the couple attended, Sam Houston State University — broke the news in a Facebook post. However, neither officials with the Uvalde County Sheriff’s Office nor the NTSB would confirm the names of the victims.

Late on Sunday, Kimmi Bartels-Byler shared a video of the couple at the wedding to Facebook, writing: “Will & Bailee Byler ❤️ Together Forever with our Lord & Savior. Our Family will all be together again.”

Eric Smith, a wedding guest, detailed the tragedy in a Facebook post, writing that he is “devastated” by the “horrible news.”

Another wedding guest wrote alongside an Instagram slideshow that the wedding was “magical in every way. Absolutely perfect.”

“Bailee & Will – I hope I find a love as true & wonderful as yours,” the user continued. “Our hearts hurt now, but we know this is not forever.”

The Bylers couldn’t help but gush about their upcoming wedding in the weeks leading up to the event. In September, Bailee shared a smiling photo of herself wearing a sash that read “BRIDE TO BE.”

“This whole ‘bride’ experience has been more than I have ever dreamed of and we still have so much left to do,” she wrote. “Thank you ALL for the memories. I am a lucky lady.”