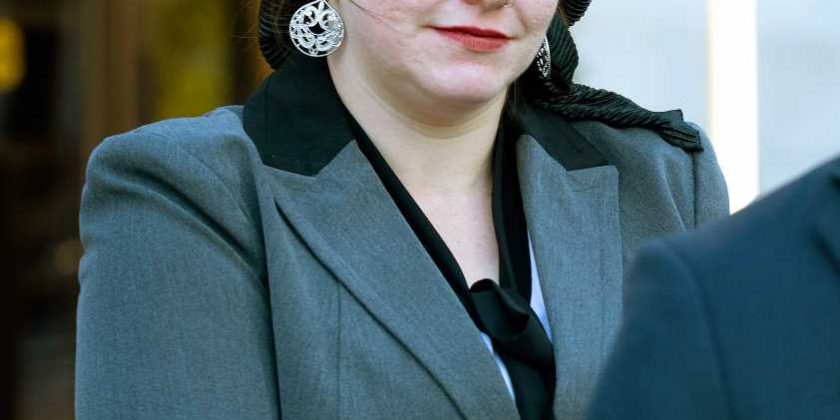 Caitlan Coleman, the American woman who gave birth to three children while held in Taliban captivity for five years, is claiming that her captors weren’t the only people who abused her.

In an interview with ABC News’ Nightline, the Stewartstown, Pennsylvania native accused her Canadian husband, Joshua Boyle, of being “sympathetic to the Taliban” and playing a large role in the abuse she endured, despite previously defending him.

Boyle was captured with his wife while hiking in Afghanistan and had been held by the Haqqani network, a network with ties to the Taliban, in Pakistan from 2012 until 2017.

According to Coleman, Boyle gave her “no choice” but to accompany him to Afghanistan, where he subjected her to years of “extreme” abuse while in captivity together. During those five years, the couple welcomed three children.

“Not only was it psychological, it was physical, it was sexual,” Coleman told ABC News. “I was actually more afraid of him than of the captors.”

Suspicions over Boyle’s intentions intensified when in December 2017 — just several months after returning home to Canada with his wife — he was arrested on 19 charges that included “repeatedly assaulting, raping, drugging and unlawfully confining his wife, all of which allegedly took place after their arrival in Canada,” ABC News reported.

“Joshua Boyle has pleaded not guilty and we’re in the middle of the trial,” Lawrence Greenspon, an attorney for Boyle, tells PEOPLE in response to the ABC News story. “As far as her comments are concerned, at the very least it’s inappropriate for any witness in the middle of cross-examination to be speaking with any third parties about her evidence.”

“He restricted pretty much everything,” Coleman said of her life with Boyle after imprisonment. “I had no freedom, as far as, you know, where I would go, who I would talk to, how I would dress, what I would say.”

Coleman alleged that while in South Asia hiking, Boyle told her they could “dip in” to Afghanistan for some time, and that he would be welcomed “as a guest” of the Taliban. Although Coleman objected, she said she was unable to stop him, as he was in possession of their passports and money.

Before marrying Coleman, Boyle was briefly married to Zaynab Khadr, the Canadian daughter of a senior al Qaeda aide to Osama Bin Laden, ABC News reported. Boyle believed this connection would help him earn the Taliban’s trust and “sort of get the real story of the Taliban,” according to Coleman.

“He would always tell me, ‘I think they’re misrepresented in the West. I think they’re good people. When you meet them, you’re gonna see,’” Coleman said. “So I saw. And they are, with the exception of my husband, the worst people that I’ve ever known in my life.”

The couple was allegedly captured after driving into Taliban territory. During their imprisonment, Coleman gave birth to three children — Najaeshi Jonah, now 6, Dhakwoen Noah, 3, and Ma’idah Grace, 2. She later gave birth to a fourth, Duhaa Joy, 9 months, in Canada.

Coleman said that her husband raped her repeatedly, telling ABC News that the “captors would sort of leave us alone,” but a “normal life” in captivity was impossible “because what I was going through inside the cell was too horrific.”

Boyle previously gave a very different story to the Associated Press: “We’re sitting as hostages with a lot of time on our hands. We always wanted as many as possible, and we didn’t want to waste time. Cait’s in her 30s, the clock is ticking.”

Coleman said that her broken cheekbone — for which Boyle previously blamed a guard — actually marked one of the many times Boyle abused her in Taliban captivity.

Pakistan secured the release of the family of five in October 2017, but after Boyle was arrested three months later in Canada, Coleman said she fled following a night of alleged abuse.

Boyle’s trial remains in a brief hiatus, while Coleman is in hiding with her kids in the U.S. but assisting the authorities in detailing the true extent of her husband’s alleged wrongdoings, ABC News reported.

“Despite wanting to put this ordeal behind her, Caitlan has spent time cooperating with authorities,” Tom Bossert, a former homeland security adviser to President Donald Trump, told the outlet.

“Many current and former senior U.S. officials have told ABC News that they believe Coleman was the victim of both the Taliban and her husband, so they have strived to assist her since returning to the United States,” the outlet reported.

“We do have some ordeals ahead of us,” Coleman said of her future with her children, apart from her husband.

“But then I look at what I survived,” she added. “And I don’t think there’s anything, you know, anything that I can foresee that I couldn’t handle.”