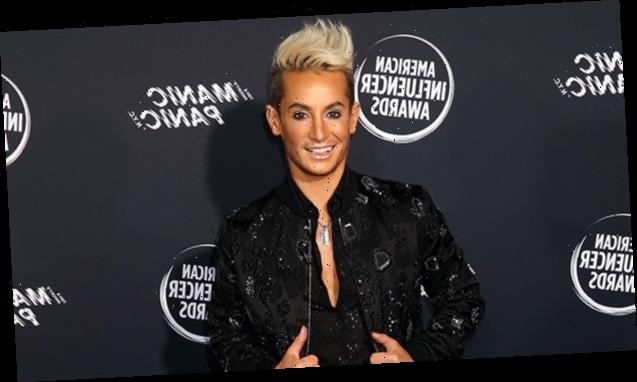 Frankie Grande has never looked better and he’s spilling all the secrets on how he’s achieved his hot new look in an EXCLUSIVE interview with HollywoodLife.

Actor and singer Frankie Grande, 37, has always been in great shape, but it’s thanks to his sobriety, new diet and an amped up exercise regimen that truly helped him achieve his best abs ever. “I really just kind of took my entire life in an extremely healthy direction,” Frankie, who’s been sober just shy of 2 years and 8 months, told HollywoodLife EXCLUSIVELY while discussing his return in Rock Of Ages at Hollywood’s newest hotspot, The Bourbon Room. “Doing AIDS life cycle two years in a row, becoming a vegan in June. And I [ride] a Peloton [bike] every single day, including my show. If it’s a show day, then I don’t want to do more than 30 minutes on the Peloton because I don’t want to exhaust myself through the show. If it’s not a show day I will do the 45-minute class. If I’m on my actual bike, I’ll do anywhere from 30 to 60 miles.”

Though cardio is important to getting those solid muscles toned, Frankie is aware that strength training is as well. He admits he gets so into it that he loses track of how many sit-ups he can crank out nowadays. “I have no idea how many crunches there are,” Frankie, who also just dropped a new single “I Got Me,” revealed. “I would say probably close to a couple — Maybe 500. I have no idea. I think I counted it once. But it’s a lot. It’s a good — It’s a good solid set of crunches, different variations I suppose. Stuff like that.”

Exercise is only half of the equation in obtaining Frankie’s chiseled body and he admits no food is off limits, even chocolate, so long as it follows his new dairy free lifestyle. “I eat whatever I want as long as it’s vegan,” Frankie revealed. “I was such a food lover, but milk and lactose and whey protein would get my stomach so sick. I would be sick pretty much all the time because I wasn’t careful about what I was eating. So now I can literally just say, is it vegan? If the answer is yes, I will eat it. Indiscriminately. Pad Thai, tofu pad Thai is my new favorite. And then all of the vegan desserts. If it’s vegan and it’s dessert, I’ll eat the whole thing. It doesn’t matter. Baked By Melissa just got me vegan cupcakes for Valentine’s Day for me and my boyfriend and they are incredible.”

And while he’s thankful for his always expanding career, it’s his confidence in staying sober that helps Frankie stay focused and changed him for the better. “I’m able to walk through life now knowing that no matter what happens, there is a reason for it,” Frankie said of his sobriety. “That no matter what happens, no matter how dire the situation is, I can just turn that over and continue to try to live my life as a vessel of love to the planet and no matter what it’s going to work out okay. And I’ve also learned that in order for me to keep my sobriety and keep my sanity, I have to help other people to do the exact same thing. So it has tremendously made me someone who is even more giving, unbelievably willing to go out of my way for another human being, to extents that I, I never — I mean I used to do so much work in the community and, and outreach but I, now it just quadrupled in sobriety. And it’s made me, frankly just a better person. I’m so much calmer and I’m so much less reactive.”

If you live in LA or have plans to visit sometime soon, make sure to catch Frankie starring in Rock of Ages Hollywood at The Bourbon Room now through the end of March. And if you need even more Frankie in your life, you can download his latest single “I Got Me,” which he debuted on the gaming platform TWITCH to coincide with the launch of his brand new gaming channel along with boyfriend, Hale Leon, 36, which is a song focused on celebrating self-love and empowering yourself.