THE "FRANKENSTEIN" Omicron variant could spark a Covid "pandemic 2.0" if the world stays in denial, a top US scientist has warned.

Attitudes towards the virus have become too “blasé and laid back”, which is seen as a danger point, given initial reports of the new variant’s greater transmissibility, says Dr Eric Feigl-Ding, a senior fellow with the Federation of American Scientists. 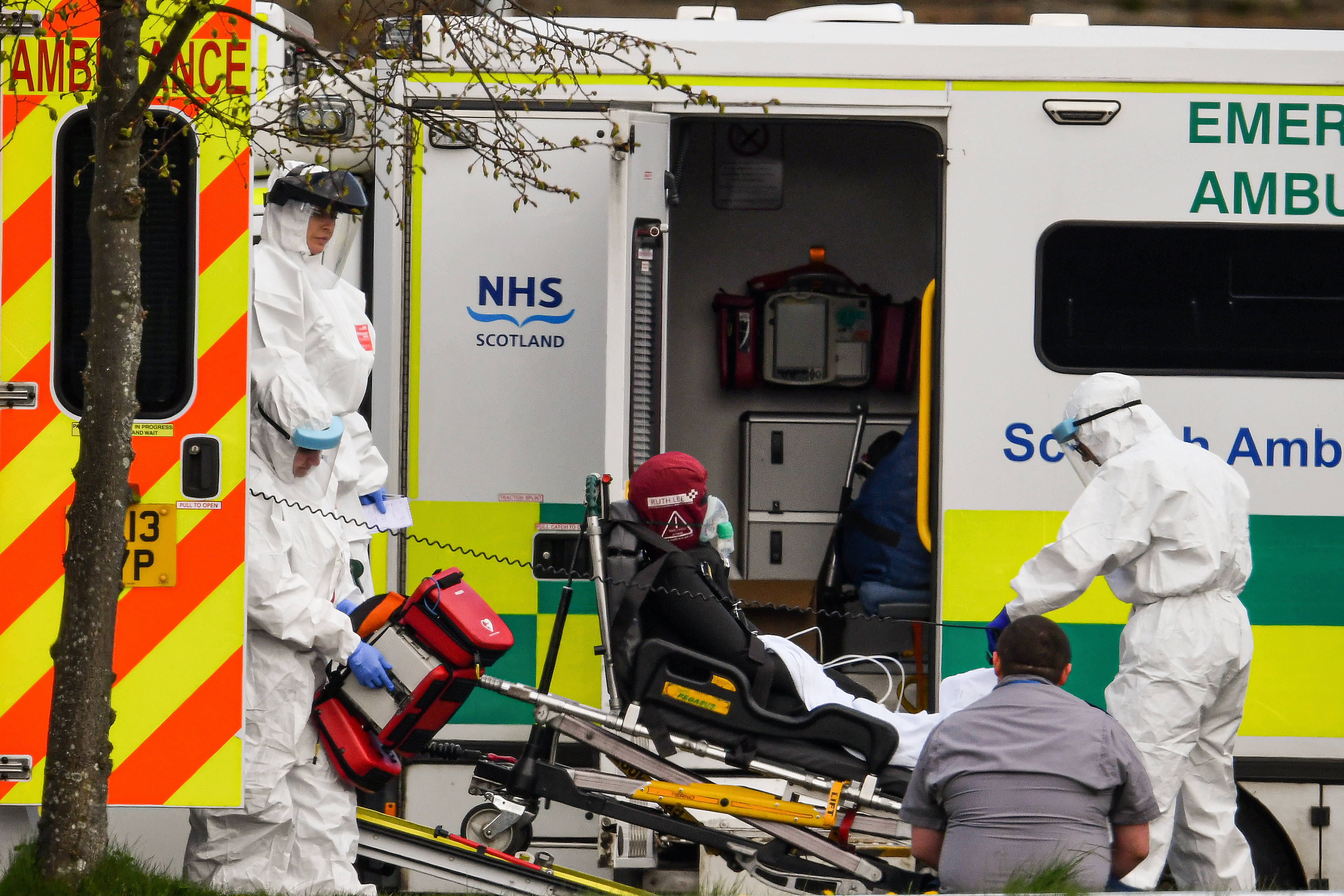 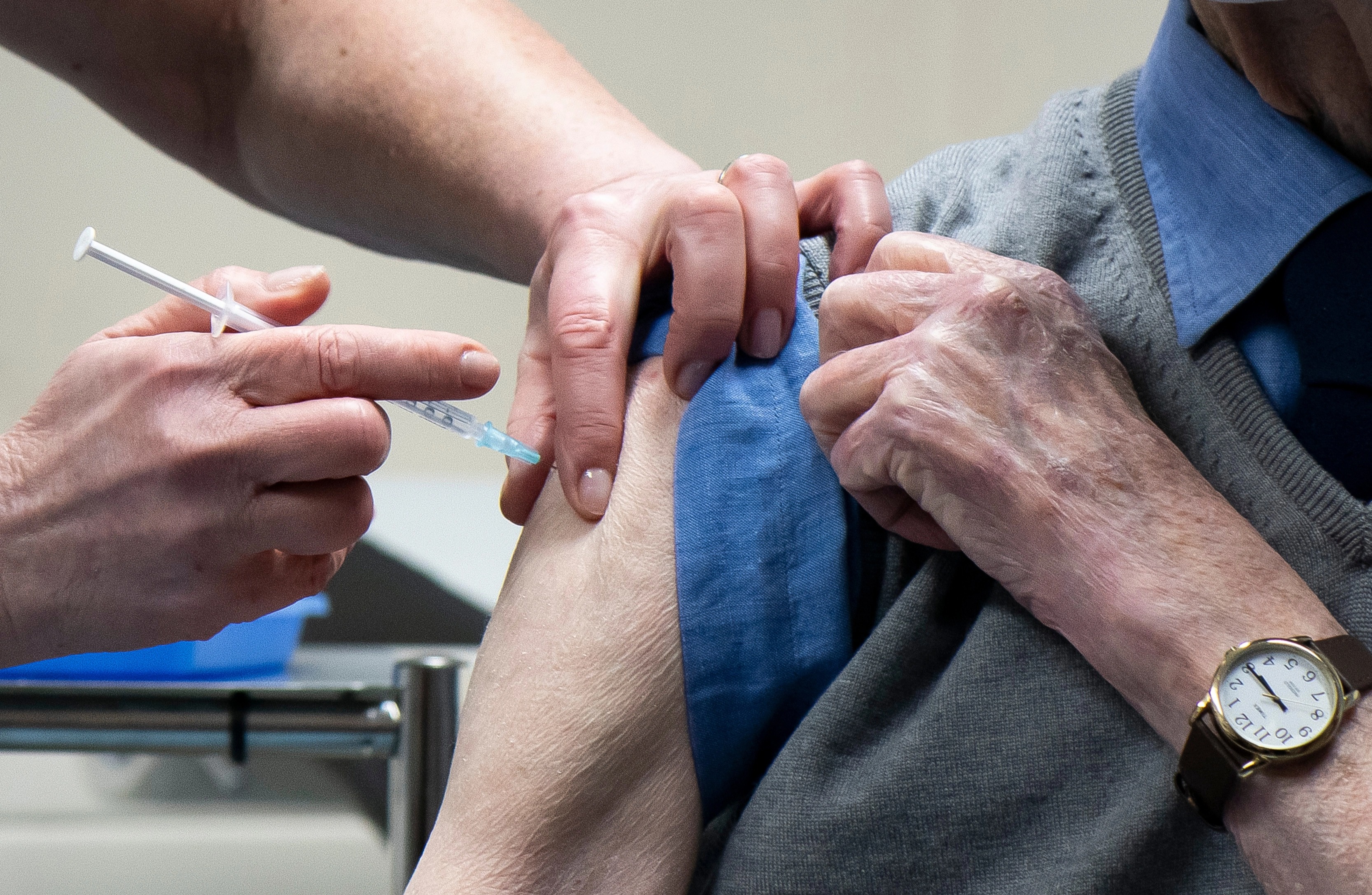 “I have this sinking feeling that we’re in the denial phase of a pandemic 2.0,” shared Dr Feigl-Ding on Twitter.

“I think that’s what the #Omicron is. It’s a 2.0 pandemic virus, potentially.”

“I think people are just like too blasé, too laid back about Omicron,” he continued.

“Some people are like, we’re not, but so many people are, and we know it’s (got) so much more (of a) transmission advantage, whether it’s natural transmission or evasiveness against immunity.”

It comes amid news that Boris Johnson will bring in Plan B restrictions from tomorrow which will see all Brits recommended to work from home and masks mandatory in all public places.

But the harsh travel restrictions which also force people to get a pre-departure test and another one on day two, will be reviewed before Christmas.

When Omicron first emerged earlier this month, scientists warned it may evade the vaccines.

But new data reveals two jabs do work to prevent serious illness from the mutant strain.

But, getting a booster shot, or a third dose, "turbocharges immunity" and is what is needed to successfully beat the variant, the study found.

It means three doses is the new two, and two shots plus your booster will give the same protection against Omicron as the initial two doses does against Delta.

Speaking to the media on Thursday, the Director-General of the World Health Organisation, Dr Tedros Adhanom Ghebreyesus, said the body was expecting to see the number of countries reporting the Omicron variant grow past the current tally of 57.

And Dr Feigl-Ding also explained how the new variant is able to break through and infect individuals who are double-vaccinated, or those who have previously been infected and therefore, the importance of booster shots and increased vaccine coverage.

“It’s pretty clear that there’s a lot of breakthrough against both natural as well as vaccine potentially, like I’ve seen some of the early data and it’s not good,” said Dr Feigl-Ding.

Dr Adhanom agreed with that point, and said vaccines were also needed to protect individuals from the Delta strain, which continues to be of concern.

“We can prevent Omicron becoming a global crisis right now,” he said.

“We can prevent other variants emerging right now. This virus is changing, but our collective resolve must not”.

What is Plan B?

PLAN B is the Government’s back-up plan for the winter months to deal with Covid.

– Masks mandatory in most indoor settings (excluding pubs and restaurants)

– Brits told to work from home – this is advised, but not legally-binding

– Vaccine passports for big events such as nightclubs and footie matches
Masks were already reintroduced on public transport and in shops earlier this month in a bid to slow the Omicron strain.

Masks for other indoor settings will come into force TOMORROW.

The work from home guidance will apply from MONDAY.

Vaccine passports should be shown for nightclubs and footie matches from WEDNESDAY.

Is there a Plan C?

Ministers have said they aren't afraid to go further if they need to.

But there are no more formal plans for what that will mean.

Ministers have repeatedly refused to say what further measures might be needed.

Scientists have suggested social distancing could return to help combat the new variant.

And Jenny Harries suggested people should cut down their social contacts too, but this is not thought to be government advice or in any plans at the moment.

According to limited initial studies by the African Health Research Institute laboratory, the Omicron variant can partially evade the protection offered from two doses of the Pfizer vaccine.

Describing the protection as “robust, but not complete,” head of the laboratory Alex Sigal said a third dose of the jab would be needed to provide greater protection.

New research from Pfizer backed up these claims. Initial laboratory studies reported that three doses of the vaccine would be needed to produce the amount of antibodies to “neutralise” the Omicron variant.

The WHO said last week that it had still not seen any reports of deaths related to Omicron, but the new variant’s spread has led to warnings that it could cause more than half of Europe’s Covid cases in the next few months.

“Even before the arrival of this new variant, we were concerned that the recovery, while it continues, is losing somewhat momentum,” she said. “A new variant that may spread very rapidly can dent confidence.