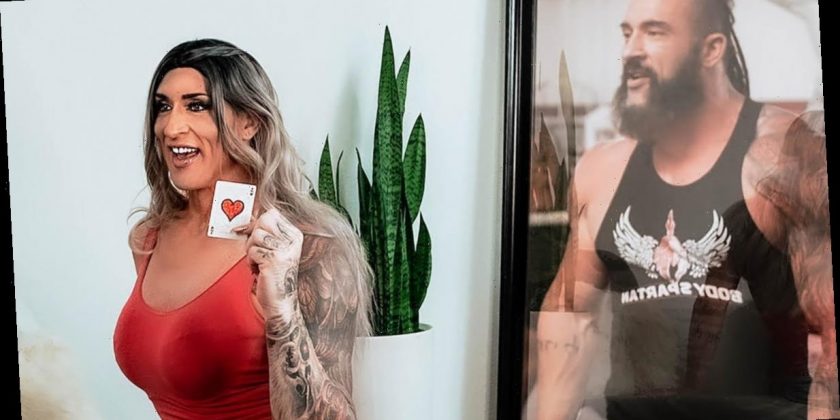 She’ll speak out about her transition in an interview with EXTRA later this week.

Tuft, who wrestled at WWE under the ring name “Tyler Reks,” just came out as a transgender woman via a press release on Thursday. TooFab has confirmed Gabbi’s pronouns are She/Her.

“Gabbi is about to share her thrilling story of gender transitioning from a former WWE Superstar, Body Builder, Fitness Guru, Motivational Speaker and Motorcycle Racer to a fun loving and fabulous female,” reads the release. “She has been finally set free and ready to rule her world.”

Tuft will speak more about her transition during an appearance on “EXTRA” this Friday, February 5.

“Despite his successes during and after his WWE career, Gabe was still wrestling with a secret persona dwelling deep within him. This is a persona he has been hiding in the loud silence of his soul since childhood,” the release continues. “Finally, with the blessing of his loving wife Priscilla, Gabe is ready to reveal who he really is. ‘He’ is now known as ‘She’: A beautiful, wise, witty and wonderful woman called ‘Gabbi.'”

“This is a story that wrestling and other sports fans, friends and followers must not miss, especially many in the LGBTQ community dealing with challenging transgender issues, who Gabbi and Priscilla are willing to help,” adds the release.

On social media — where it appears Gabbi has not yet fully come out — Tuft has said the past 10 days leading up to Friday have been the “most monumental countdown of my life”  so far. In a post that went up Thursday, Tuft wrote, “I am no longer afraid. Fear has been replaced with the highest vibrational state of gratitude. I am grateful for my past, for who I started this life as, for who I was, for who I am now, and for who I am becoming.”

“Tomorrow, I close this book of my life and begin a new one,” she continued. “Tomorrow I start a new book of life … Tomorrow, I invite you to share and celebrate this monumental moment with me.”

In an earlier post, Tuft wrote she has been an open book for “all but two experiences in her life.”

“I hid my steroid use out of fear that the people I was desperately trying to help, would see me as a fraud, that they would turn their backs on me and miss the bigger picture I was trying to disseminate to them,” she wrote. “The second aspect I have hidden will be revealed soon, and I used to fear the very same response … True happiness begins by accepting WHO we are, and it has nothing to do with the external shell.”

In other posts, Tuft reflected on family life with wife Priscilla and their daughter Mia (below).

Tuft was a professional wrestler from 2007-2014, with appearances at “Smackdown,” “Raw” and “Wrestlemania.” After retiring in 2014, Gabbi and Priscilla created a fitness company called Body Spartan, which aims to “positively transform the body, mind and spirit of men and women through targeted video workouts, nutritional programs and motivational sessions.”