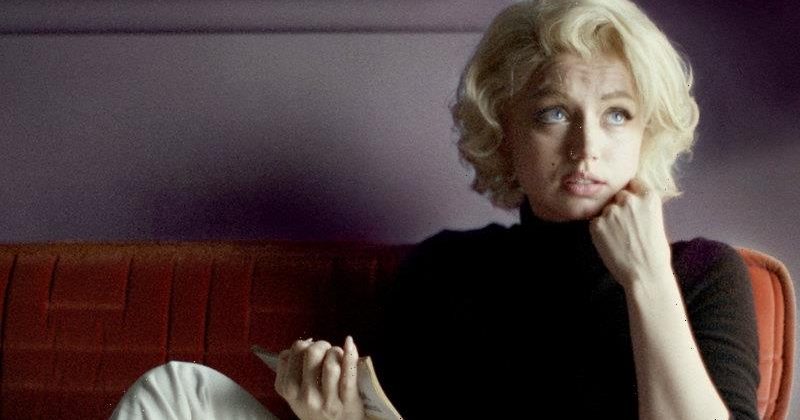 It took nine years for Joyce Carol Oates to allow her friend, the Swedish director Stig Bjorkman, to make a documentary about her. She’s an intensely private person. Yet as one of the most admired and prolific contemporary American writers, she can’t altogether avoid the limelight.

She’s written more than 60 novels plus plays, novellas, short stories and articles. While Bjorkman was making his film, on show in Melbourne and Sydney as part of the Jewish International Film Festival, Oates wrote another seven novels, five short stories, one novella and one children’s book. 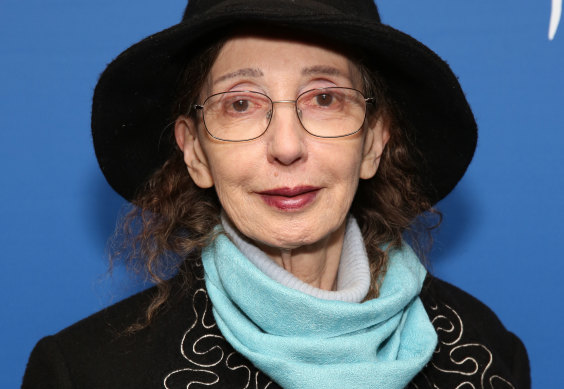 Joyce Carol Oates has always been a keen critic of social injustice.Credit:Getty

The film title, A Body in the Service of the Mind, is one way Oates describes herself. We see that body through the decades, from the 1960s elfin beauty with teased-up hair to the fragile figure in her 80s with the trademark owlish spectacles, tweeting against Trump.

She writes in longhand on strips of paper, but don’t look for clues as to how she produces that enormous output. She says her cat sits on her lap when she’s working, so she might write for 10 hours to avoid disturbing the cat.

It’s a good time for a Joyce Carol Oates retrospective, as Andrew Dominik’s film Blonde, based on her 2000 novel of the same name about Marilyn Monroe, is out on Netflix. However, I’m not a fan of Dominik’s film, which to me reduces a huge and complex book to a lugubrious and arguably exploitative story.

The novel, often cited as Oates’ masterpiece, is much more interesting. In her introduction to the 20th anniversary edition, Elaine Showalter hails Blonde as the definitive study of American celebrity. She points out how the scenes of Marilyn’s abuse foreshadowed the revelations about Harvey Weinstein and other Hollywood moguls who preyed on aspiring actresses. 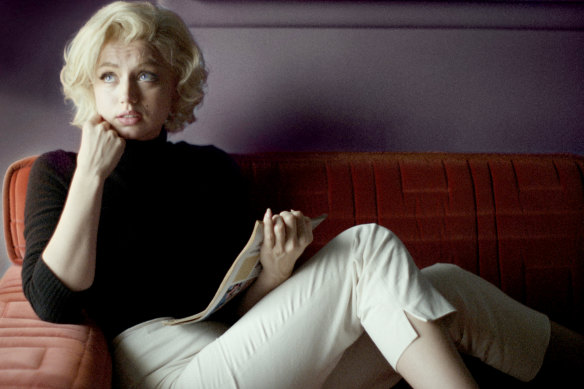 Oates has always been a keen critic of social injustice and a pioneer feminist. From early in her career, she was fascinated by stories of young innocent hopeful girls from poor and deprived backgrounds who dreamt of a better life, and the men who used and discarded them. “I always felt I could tell stories that other people weren’t telling,” she says in the documentary.

One of the stories she chose to tell in her 1992 novella Black Water was a fictionalised version of the Chappaquiddick affair that imploded the political career of Ted Kennedy after he crashed a car and his passenger drowned. “I’ve always been haunted with the image of a young woman trapped in this submerged car and more or less abandoned to die,” she says in the film. And her latest novel, Babysitter, continues the combination of social critique and horror.

What was there in Oates’ life that might have led to this fascination, this diligence, this compulsion? She too was a young hopeful girl growing up in poverty on a farm. Her parents were decent people, but they didn’t have a book in the house: it was the gift of Alice in Wonderland that put her onto reading and ultimately a college education.

Her ancestry was Hungarian, Irish and, she discovered late in life, German Jewish: her beloved grandmother came from a family that had emigrated to the US and passed themselves off as non-Jewish. There was violence in the family: her grandmother was the sole survivor when her father murdered his wife and himself.

In the end, both Oates and her work remain an enigma to me: there is simply too much, it runs too deep and the author is too reticent. But I am grateful for this unprecedented glimpse of her, and inspired to go back and read more of her work.