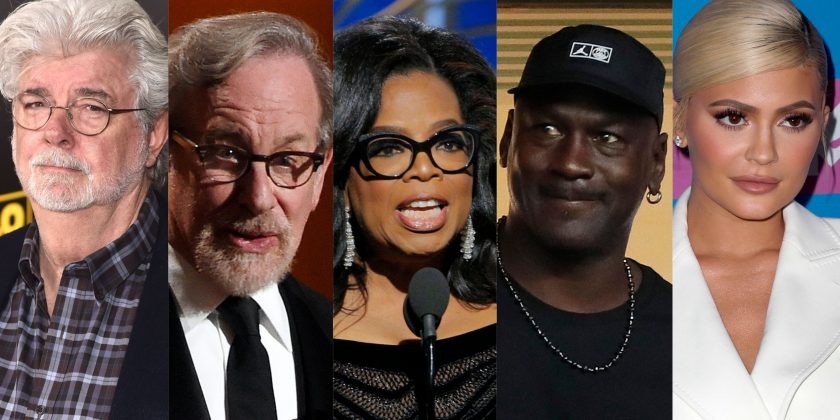 George Lucas may have thought up a galaxy far, far away, but he’s the richest celebrity here in America.

The “Star Wars” creator tops Forbes’ list of wealthiest stars for 2018. The list also includes filmmakers, athletes, musician-moguls, an author, a magician and a reality star/cosmetics magnate (we have a feeling you know the one).

“Ready Player One” was among his profitable projects. The acquisition of his DreamWorks Animation also helped.

Her investment in Weight Watchers only increased her fortune.

His fortune comes from his sneakers and a 90% stake in the Charlotte Hornets basketball team, valued at an estimated $800 million.

The 21-year-old is new to the list. Her Kylie Cosmetics brand has made more than $630 million since its launch two years ago.

The millionaire magician continues to perform in Vegas after he was not found financially responsible for a tourist’s injuries.

His money comes from more than music: His sold Sean John clothing line, Ciroc vodka and stakes in companies including Revolt TV and DeLeón tequila apparently have been lucrative.

The golfer won his first major victory in five years this September. That didn’t hurt his bottom line.