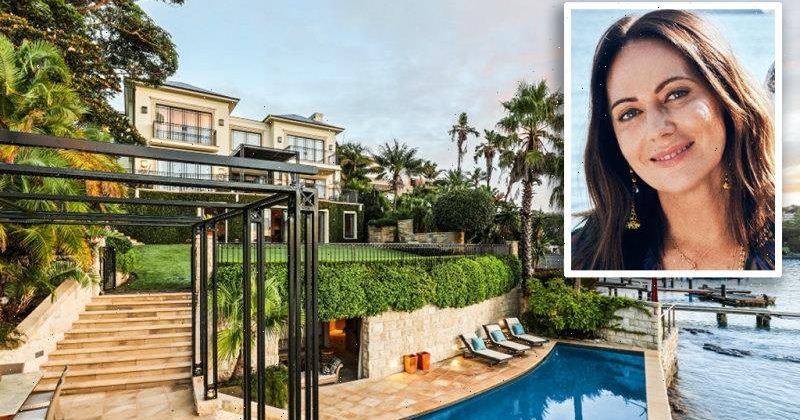 In a year in which inflation hit record highs, property values fell and housing affordability worsened on the back of rising interest rates, it was a good year to be rich.

In January, renters were the first to get a glimpse of the near future when vacancy rates fell to 1.9 per cent, and soon after the good folk of Vaucluse celebrated the start of the trophy home market by toasting the $62.75 million sale of lawyer John Landerer’s seven-bedroom “empty nest”. 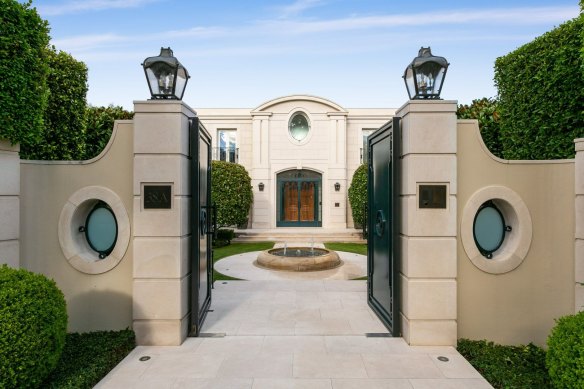 The seven-bedroom empty nest of lawyer John Landerer in Vaucluse sold for $62.75 million early this year.

Welcome to the neighbourhood Yi Huang, the billionaire car dealer who can now spend his summers down under as a neighbour to his friend Chau Chak Wing.

Soaring building costs played into the plans of NIMBYs everywhere, but Jen Hawkins and Jake Wall should be OK. They secured a $30 million buyer for their building project on the Whale Beach clifftop a good year or so before the trophy home is due to be complete. 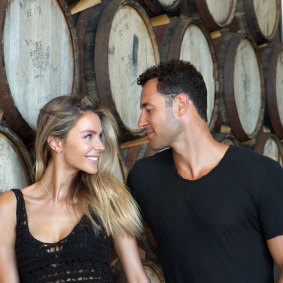 As the RBA warned of a possible rise in interest rates in the second half of the year, billionaire Wisetech founder Richard White realised he didn’t have a Palmy weekender. He has one now though, setting a northern beaches high of $27.5 million in the process that should hold at least until the Hawkins house is finished.

Former garbo Ian Malouf was a model of discretionary spending again this year. He enjoyed his $20 million Palm Beach house so much last summer he bought another next door for $18.6 million. For the kids, you understand. 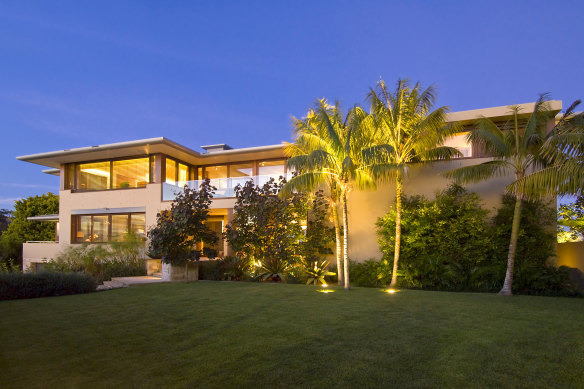 A looming federal election usually dampens market activity, unless of course you’re a rising star of the ALP with an eye for the Parramatta electorate. Economist Andrew Charlton didn’t wait to secure the seat before he coughed up almost $2 million for a 1970s redbrick number. 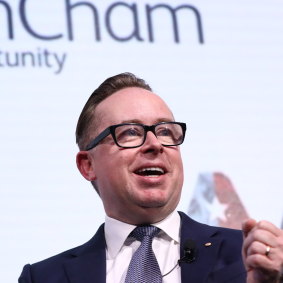 Qantas CEO Alan Joyce took possession of a $19 million Mosman home a week before the May election. Credit:Dominic Lorrimer

And just days before Albo was elected the new occupant of The Lodge in Canberra, Qantas chief Alan Joyce also up-graded his home, buying a $19 million house on the Mosman waterfront. It was good timing. Not so much for the barrage of criticism from the airline’s paying public, but because soon after Joyce scored a bonus of $4 million in shares on top of his $2 million salary.

As if the average Joe/Joanna wasn’t snarky enough by that stage, May also saw RBA Governor Philip Lowe deliver the first of his eight consecutive interest rate rises, which prompted high-end shoppers to start paying cash. 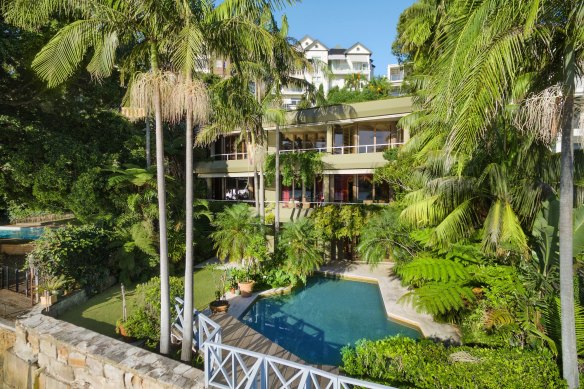 Not that anyone wanted to parade such prosperity. The off-market in which deals are kept behind closed doors – away from neighbours and pesky journalists – was one of this year’s busiest trading floors. Retired ASX chief Dominic Stevens slipped out of his Bellevue Hill home for about $50 million without alerting the neighbours, and Tesla’s Robyn Denholm had already taken the keys to her new Cremorne Point penthouse by the time news broke of her $27.5 million purchase. 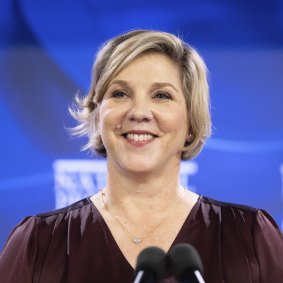 Former Crown boss Rob Rankin took discretion to new heights. When requested to appear before the commissioner of the NSW inquiry into Crown Resorts, Rankin was initially missing in action. Perhaps Commissioner Patricia Bergin should have enlisted the help of local agents – they knew where to find him to sell his $35 million Woollahra home.

But the year was not without a few sleepless nights. Not so much over stagnant wages, but the dearth of available trophy homes to buy.

The high-end solution: build your own. 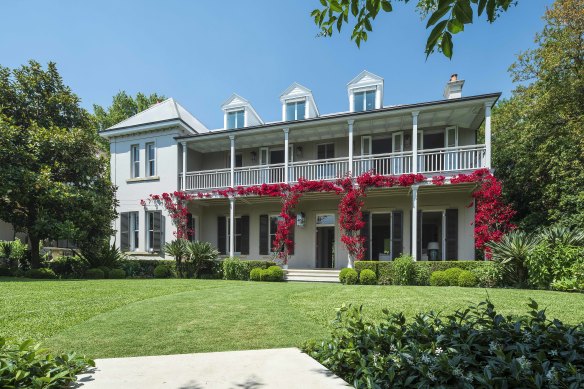 The 1880s colonial-style mansion Woodlands was sold on the quiet by former Crown chairman Rob Rankin.

Venture capitalists Gabriel and Alexandra Jakob are hatching plans for Sydney’s most expensive house on a $95 million parcel they consolidated on the Point Piper waterfront. The locals will no doubt relish the Bruce Stafford-designed mansion, and that easement that cuts through the block held by Macquarie’s Nick O’Kane shouldn’t be much of an issue. 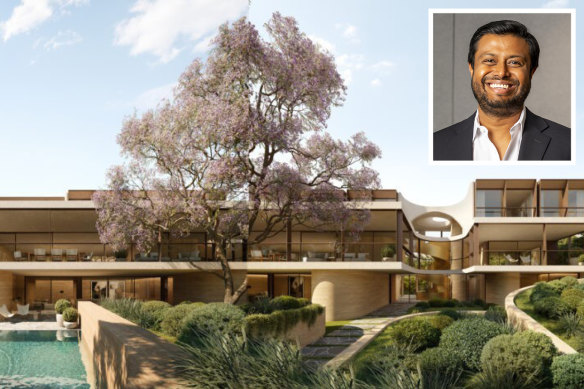 Robin Khuda has lodged a DA to build a $14 million designer home across three blocks on Balmoral slopes.Credit:

AirTrunk founder Robin Khuda has consolidated a $30 million site near Balmoral Beach, but is yet to hear from Mosman Council if he’ll get the go-ahead on a $14 million rebuild.

No sooner did the seat of Wentworth shake off its blue-ribbon Liberal status for a teal tag, than designer Camilla Freeman-Topper got in the swing of things lodging plans to demolish and rebuild the home of the former Liberal prime minister Sir William McMahon. 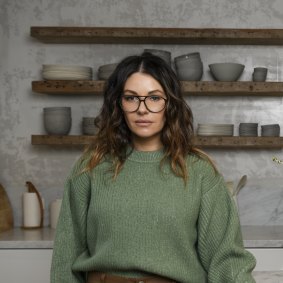 Camilla Freeman-Topper has lodged plans to demolish the Bellevue Hill residence, which for decades was home to the late Liberal prime minister Sir William McMahon.Credit:Rhett Wyman

Council said no to insurance broker Jim Angelis’ $18 million rebuild of Barry Humphries’ former Rose Bay mansion, but Lachlan and Sarah Murdoch are okay to do a make-over of their $38.5 million boatshed in Point Piper.

Northwood’s main landowner Owen Chen secured his planned home DA, although that good news was soured when an arsonist – one of his hunting pals, no less – set fire to his heritage-listed house next door. Chen is no doubt hoping police catch the mastermind behind it soon.

Gold mining businessman John Li’s redesign of his $95 million Edgewater in Point Piper was knocked back by the Local Planning Panel. That was followed by reports Li had onsold his exchange contract on the house to techie Scott Farquhar, which was news to both Farquhar’s office and the house’s current owner, Joe Brender.

The rag-traders were a success story. 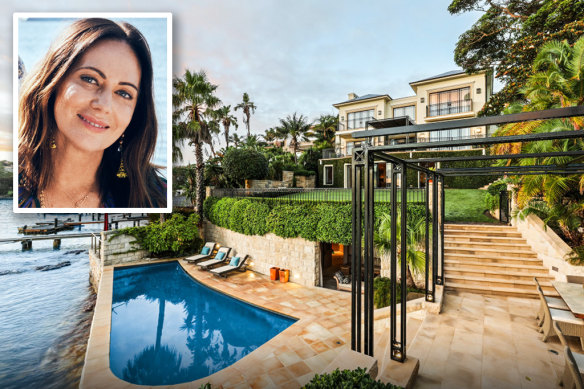 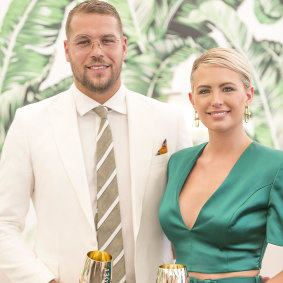 Buddy and Jesinta Franklin set a $9 million record for the Gold Coast hinterland.Credit:

Our sports stars were the other big achievers. Cricketer Steve Smith took his $6.6 million Vaucluse investment of two years ago and turned it into a $12.38 million deal, and Buddy Franklin followed up his 1000th goal by buying on the Gold Coast for $9 million. Sprinter Matt Shirvington did well to get out of his Killara mansion after just two weeks, selling for $11.6 million, but copped a loss overall given his stamp duty costs.

In what might be an ominous sign for the year to come, the liquidators were also busy.

Bruce Gleeson hogged the headlines with the sale of the Dover Heights home of missing fraudster Melissa Caddick. For those who spent the year living under a rock, she paid a bullish $6.2 million in 2014, and after a nice do-up it sold for about $10 million. 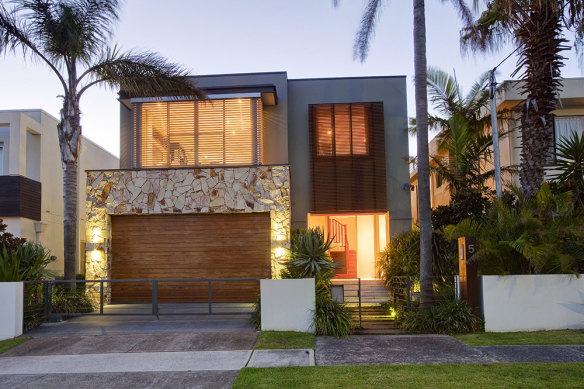 The Dover Heights house Melissa Caddick bought for $6.2 million in 2014 was sold by liquidators in October for about $10 million.Credit:Domain

The Central Coast weekenders of alleged fraudster Bill Papas were sold. The first for a stonking $16.2 million at the peak of the boom in February, and the home next door for $8.5 million in keeping with the new market conditions of June.

The Mosman home of Metigy founder David Fairfull sold for more than the $10.5 million he paid for it a year ago, but his $7.7 million Kangaroo Valley weekender proved a loss at $6.25 million. 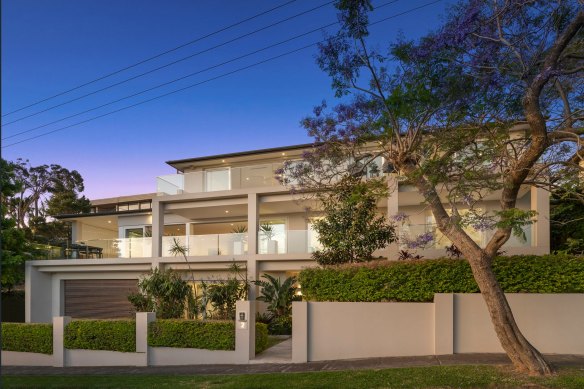 The Mosman home of Metigy chief executive David Fairfull sold for more than the $10.5 million he paid for it in September last year.Credit:

International fugitive Michael Menghong Gu hasn’t been spied in town since his iProsperity collapsed two years ago, but the completion of the Opera Residences at Circular Quay meant receivers could finally sell the three-bedder he bought off-the-plan. What was $6.4 million in 2016 went for $7.2 million in May.

Bankrupt former mining executive Ian Stolyar won’t be able to stay at his mum’s Bondi Beach sub-penthouse now it has been sold by court-appointed trustee for $8.7 million. 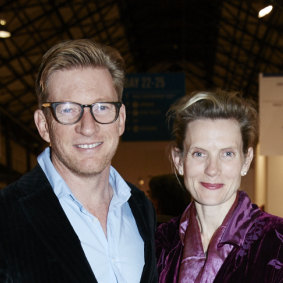 David Wenham and Kate Agnew have sold their Potts Point home of the past 25 years.Credit:Chloe Paul

The smart money sold up and left town. Take a bow David Wenham, who sold in Potts Point for $5.7 million to call Brisbane home.

Rebel Wilson took $9.5 million from the sale of her Birchgrove house to London, NAB’s Ann Sherry sold her Annandale “witches hat” house for $12.5 million to return to Brisbane, and crypto investor Steve Bellotti cashed in his Mosman home for $30.5 million to head to the US. 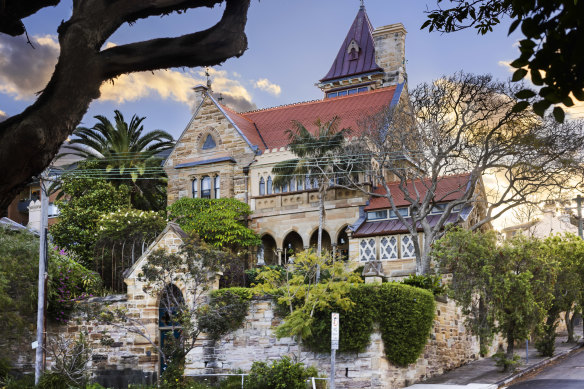 The Abbey in Annandale was sold by Ann Sherry for $12.5 million to art collectors from China.Credit: 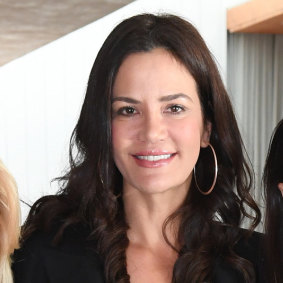 Krissy Marsh was known as the “property princess” on the RHOS reality television show.Credit:Belinda Rolland

Not everyone will remember 2022 so fondly. Former NSW deputy premier John Barilaro swapped the matrimonial home in Queanbeyan for $2.56 million for a new trade job in New York. Unfortunately, the job didn’t pan out as planned, but he has a house in Frenchs Forest with faux French provincial finishes as a $2.17 million consolation prize.

Hamish Douglass started the year one of the major shareholders of investment group Magellan, and the owner of a grand Double Bay residence inherited from his parents that was being quietly shopped to buyers for $30 million. He ends the year having off-loaded $120 million of his shareholding at a discount, and the family home took a 10 per cent cut in sale price when Real Housewives of Sydney’s “property princess” Krissy Marsh picked it up for $26.8 million.

Sydney home owners know how he feels: they too copped an 11.4 per cent fall in values from the peak.