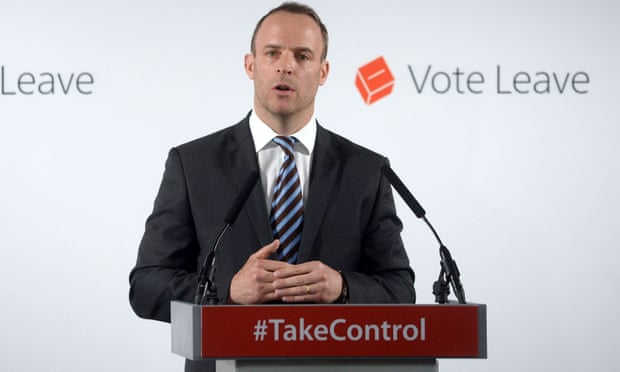 The vultures circle a wounded prime minister, who is attacked by the hordes of extremists in her party while beset by new inconvenient facts daily exposing the damage Brexit can do. Look, the British army is preparing for the worst: emergency troops are at the ready. Operation Temperer, which usually provides soldiers for terrorist attacks, is now ordered to make 10,000 soldiers available to keep order on the streets and in shops, and to distribute emergency medicines in case of a no-deal crash-out.

“Our firms are spending hundreds of millions of pounds preparing for the worst case – and not one penny of it will create new jobs or new products,” warns the Confederation of British Industry chief, Carolyn Fairbairn.

The UK chamber of shipping talks of long delays at ports for pharmaceuticals and 40% of our food. The Financial Times reports a large Japanese pharmaceutical company in the UK shifting licences for 60 of its medicines to Germany: it will have to throw away any British-made drugs for export left over after 29 March. Desperate to keep contracts for the Galileo navigation system, Surrey Satellite Technology is moving its security-sensitive contracts to elsewhere in the EU. Every day brings new evidence of damage.

The exasperated chief executive of the UK Chamber of Shipping, Bob Sanguinetti, says: “Those hoping for a no-deal Brexit have a duty to explain in technical detail why this risk is worth taking.” No wonder he finds all this incomprehensible: why is there all this self-induced chaos with no war, terror, epidemic or natural disaster?

What few realise is that we are living through a revolution that has been a long time brewing among Tory party entryists. Those clawing to dethrone Theresa May are of a different ilk, only just within a recognisable Tory penumbra. Infiltrators, bent on destroying from within the party that harbours them, inhabit another planet from Heath, Clarke or Heseltine – but nor are they Thatcher’s children, either. Leaving Europe is only a part of their revolutionary project, a means not an end. Because they are revolutionaries, the more dramatic the break and the wilder the chaos, the better. They are bent on the creative destruction of a stagnant old order, so as to plough up the ground for a fertile new radical right beginning. Tax-haven Singapore beckons.

There is a (mercifully small) handful of leftwing Brexiters who talk the same way: the old order was bad, so bring on mayhem from which a new utopia can flourish. For both red and blue revolutionaries, any Brexit harm – bound to hurt the vulnerable – is only collateral damage in a greater cause.

The recently resigned Brexit secretary Dominic Raab currently leads the betting to take over from May. Since coming into parliament in 2010, he has worked unstintingly for this day. Maybe his ministerial promotion came later than some MPs’ because his seniors could see that glint in his eye: a bit of a loner, he belongs nonetheless to a coterie of the likeminded.

Their seminal work in 2012 was Britannia Unchained, written with other 2010 young turks, Liz Truss, Kwasi Kwarteng, Priti Patel and Chris Skidmore. They belong to the much larger – 40 or so – Free Enterprise Group of MPs, sponsored by the Institute of Economic Affairs, which handles their media. (The IEA is under investigation by the Charity Commission after a Guardian/Greenpeace investigation into US cash for ministerial access and Brexit campaigning.)

The group’s website boasts of meeting a former chancellor before budgets to make proposals, “a number of which became policy”. Truss failed to get through her radical deregulation of childminders, or selling off national forests, but her fervour for slashing the state was in high demand at Tory conference fringe meetings.

This cadre is so much more extreme than Thatcherism that they iconoclastically dismiss her era. “The last 30 years of public debate have been dominated by leftwing thinking,” says their book, which gained notoriety for its most famous line: “British workers are the worst idlers in the world” who “prefer a lie-in to hard work”. With that, they blamed low UK productivity on the workforce, not on a failure to invest.

Their dominant theme is “private-good, public-malign”. As with all revolutionaries, evidence is not the point. They castigate the Labour years of public spending growth, pointing to “private productivity rising by 2.3% a year while public sector productivity declined by 0.3%”. What’s wrong with that? If you add nurses to wards and teachers to classrooms then public productivity falls by their crude measure: both NHS and education success rates rose.

They protest at public servants better paid than private – an old rightwing trope that ignores the highly qualified, professionalised nature of most public jobs, compared with a heavy preponderance of low-pay, low-qualification jobs in the private workforce. Raab wanted to screw down the 1% public pay cap more tightly.

In his paper Weight Watchers For Whitehall, he calls for abolishing half the 20 government departments, including International Development, Business, Culture, and the “pointless government Equalities Office”. Browse his essay collection Britain, Tomorrow: the Case for Free Enterprise, Meritocracy and Liberty and you find his views on cutting worker protection and the minimum wage, for “no-fault dismissal” and tax cuts for the better off: “Middle-class Peter should not be robbed to pay working-class Paul.” Boris Johnson’s foreword calls it “a blistering collection”.

On meritocracy, free schools should select as grammar schools do, which would “drive up standards in other schools”. How can you fail to admire the sheer evidence-free effrontery? “In Britain there has been too great a tendency to attribute results to fortune and background.” Evidence abounds to show how much more closely British children’s success is matched to parental incomes than in other EU countries.

The great Brexit rift is a war for the nation’s soul between a radical revolutionary right and a social democracy very much under threat. The right used immigration to capture votes, but Brexit was always a proxy for a deeper project.

Raab says no deal would be a “manageable situation”. Yes, they would find it useful. Just as David Cameron and George Osborne used the cover of the great crash to roll out their state-shrinking agenda, so Raab and his Free Enterprise Group would use Brexit havoc to take a yet more radical axe to the state.

• Polly Toynbee is a Guardian columnist