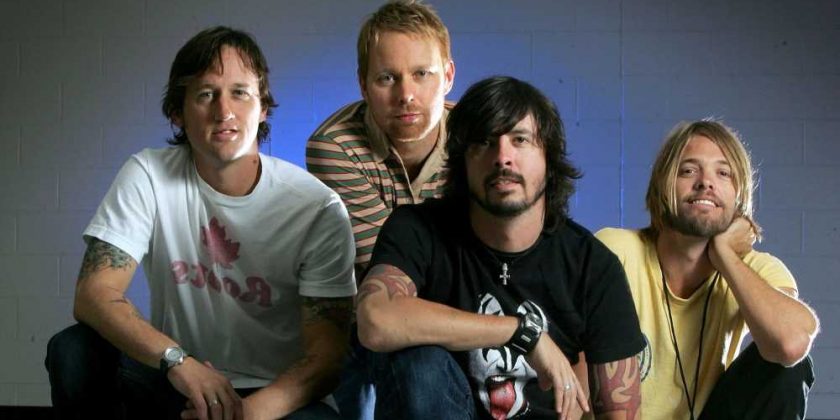 In his honor. The Foo Fighters won all three awards they were nominated for at the 2022 Grammys, one week after the death of drummer Taylor Hawkins.

See What the Stars Wore on the Grammys 2022 Red Carpet

The band — which also consists of Dave Grohl, Nate Mendel, Chris Shiflett, Rami Jaffee and Pat Smear — took home trophies for Best Rock Performance, Best Rock Song and Best Rock Album on Sunday, April 3, during the Grammys Premiere Ceremony ahead of the live show. Their Best Rock Album win for Medicine at Midnight brings their total career wins in that category to five, extending their streak as the musicians with the most wins. Presenter Jimmy Jam accepted the Grammys on the band’s behalf, adding that he was sending “prayers to their loved ones.”

On Thursday, March 31, Us Weekly confirmed that the Foo Fighters had canceled their scheduled performance during the telecast in the wake of Hawkins’ death.

Grammys 2022: See the Full List of Nominees and Winners

The Taylor Hawkins and the Coattail Riders musician was found unresponsive in his hotel room in Bogotá, Colombia, on March 25. He was on tour in South America with his bandmates when he allegedly began suffering from chest pain. An ambulance was dispatched to the scene, but paramedics were not able to resuscitate Hawkins and he was pronounced dead at the age of 50.

An official cause of death has not yet been revealed as an investigation is still ongoing. On Saturday, March 26, the country’s General of the Nation in Fiscalía revealed in a statement that a preliminary toxicology report indicated that Hawkins had 10 drugs in his system at the time of his death, including opioids, marijuana and antidepressants.

Hawkins, who was inducted into the Rock and Roll Hall of Fame alongside his bandmates in 2021, joined the Foo Fighters in 1997 after the departure of original drummer William Goldsmith. “The Foo Fighters family is devastated by the tragic and untimely loss of our beloved Taylor Hawkins,” the band wrote in a Twitter statement after his death. “His musical spirit and infectious laughter will live on with all of us forever. Our hearts go out to his wife, children and family, and we ask that their privacy be treated with the utmost respect in this unimaginably difficult time.”

The Texas native is survived by wife Alison Hawkins and their three children: Oliver, Annabelle and Everleigh.

Stars You May Not Realize Are Grammy Winners

Following the “staggering loss” of their friend and drummer, the Foo Fighters canceled all of their upcoming tour dates. “We’re sorry for and share in the disappointment that we won’t be seeing one another as planned,” they wrote in a statement shared via the band’s official Twitter account on Tuesday, March 29. “Instead, let’s take this time to grieve, to her, to pull our loved ones close, and to appreciate all the music and memories we’ve made together.”