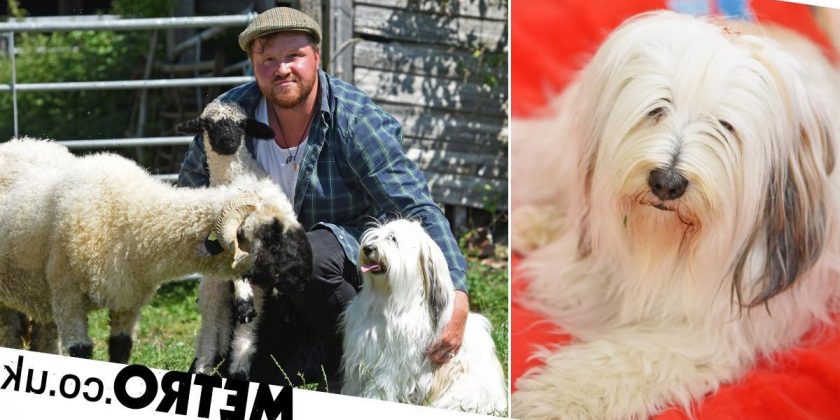 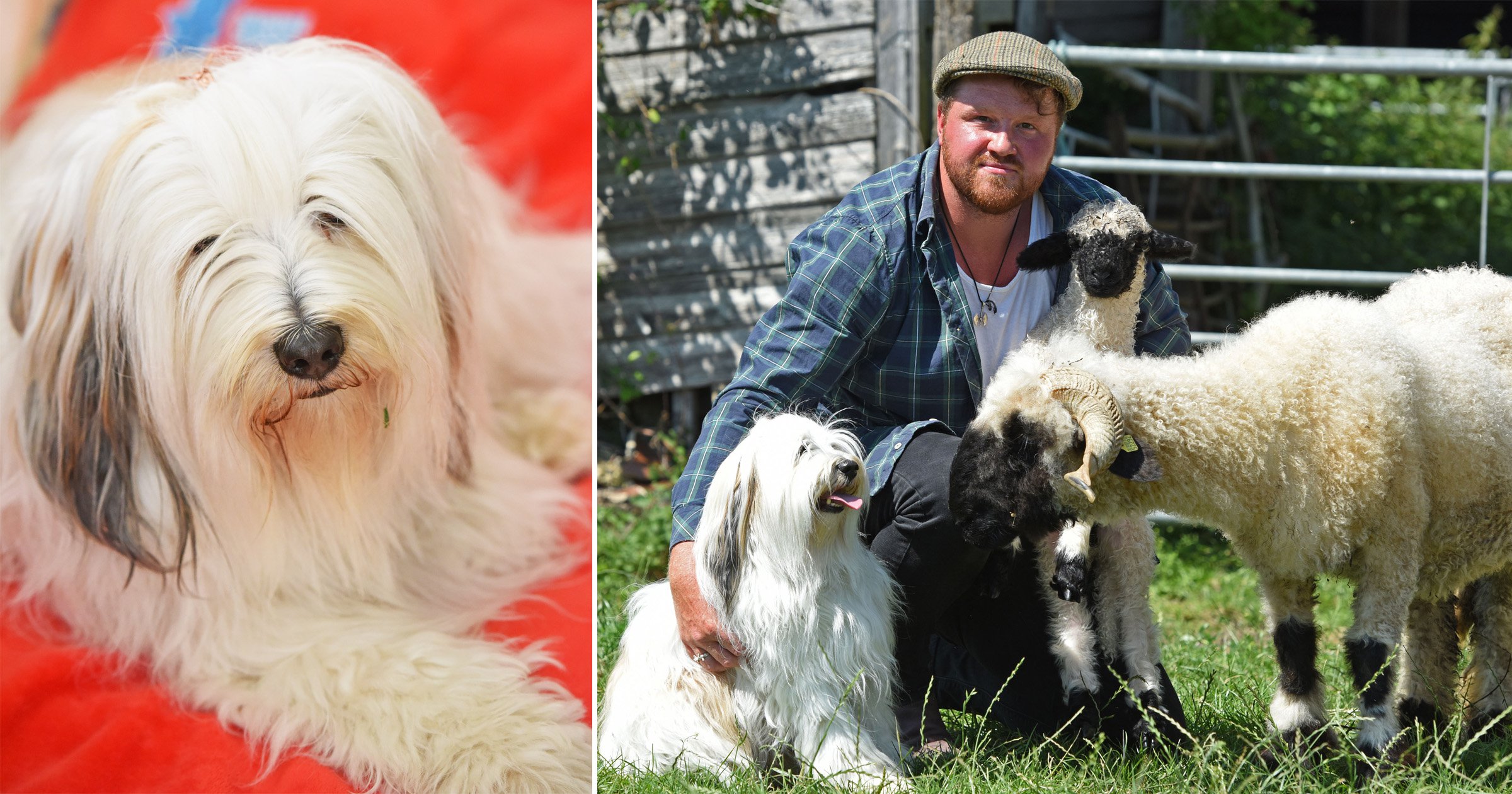 Nala the Tibetan terrier was intended to be a sheepdog, but fate it seems had other ideas.

Nala, four, tried her very best, but owner Jamie Beau Brewer’s sheep just don’t take her seriously because she looks too much like them.

Jamie, 32, was on the lookout for a sheepdog to help out when he got Nala as a puppy.

Jamie runs a family farm based in Broadway, Worcestershire, and was hoping sweet little Nala could learn how to give him a hand with the 200 sheep in his care.

But alas, life as a sheepdog was not in the cards for Nala, as her white fluffy fur and little black nose make her look a little too much like the sheep.

Jamie, whose parents own the farm, explained: ‘I was looking for a sheepdog and I came across the Tibetan terrier breed which were well known for being sheepdogs and decided to get Nala. 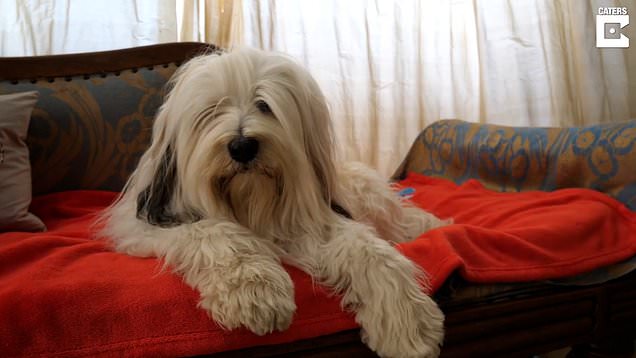 ‘When we first took her out as a puppy, she used to charge at the sheep but they wouldn’t listen to her because she was so small.

‘Now, she tries to herd them for about a minute before running off to play with them and they don’t take her seriously because they think she’s one of them.

‘She wants to do it but she’s just not strong enough.

‘She’s a failed work dog and spends most of the time in the house on someone’s lap now.’

Jamie tried his best to teach Nala to herd the sheep properly, but the sheep know Nala’s a bit of a pushover.

Jamie added: ‘She used to try and herd 200 sheep and lambs and it would be a complete mess.

‘As soon as the sheep noticed it was her, they knew they could get away with doing what they wanted.

‘She’ll put them through the gate but can never finish the job and will get bored halfway through.

‘People often think she looks like one of the lambs.

‘She still comes out every so often but she’s more of a nuisance.