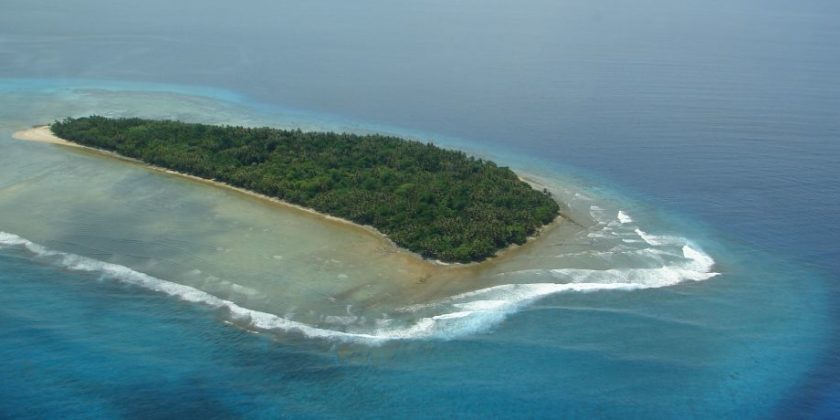 The island nation is situated on a major drug trafficking route through the Pacific.

A fisherman in the Marshall Islands hauled in a very unexpected catch — 48 kilos of cocaine, worth about $4 million.

As the Japan Times reported, the angler was about 307 miles from the Marshall Islands capital of Majuro when he found the cocaine in professionally wrapped plastic bags, which authorities believed had broken free from a larger bundle.

Local officials said they believe that the 48 kilos, more than 100 pounds, of cocaine were all that came free.

“We’re pretty sure we got all of it,” deputy police commissioner Robson Almen said.

Authorities had to call in help from the U.S. Drug Enforcement Agency because the small island nation doesn’t have the capacity to test the bundles and confirm that it is cocaine. As the Japan Times noted, the Marshall Islands are situated on a major drug route from South America to Asia, and authorities there have found bundles of cocaine and drug boats wash up on shores over the last decade.

This is not the first time that cocaine has turned up in an unexpected place. Earlier this year, crates of fruit showed up at the Port of America in Texas as a donation for the state’s prison system, but a pair of sergeants with the Texas Department of Criminal Justice who unloaded the wooden crates found something very different inside — $18 million worth of cocaine. As KHOU11 reported, the bundles filled with white powder were found hidden underneath bananas.

Prison staff pulled out a total of 540 packages. In total, the cocaine was worth estimated to have a street value of about $18 million, the New York Daily News reported.

The Texas Department of Criminal Justice later took some pictures and shared them on Facebook to make light of the incident.

Officials said they were unsure where the cocaine was actually supposed to go, but believe it was never supposed to show up at the door of a prison.

In the Marshall Islands, law enforcement officials are now planning to test the bundles to verify that what they found was indeed cocaine. They said that the find is indicative of the major drug trafficking that goes on through the waters around the island nation.