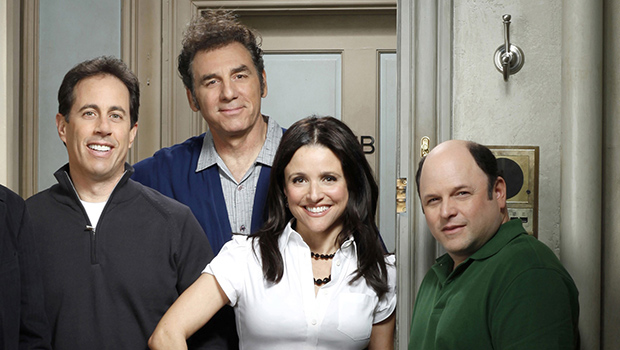 It’s the eve of Christmas Eve…AKA, Festivus! It’s been 21 years since ‘Seinfeld’ aired the iconic episode about Frank’s favorite holiday, and here’s everything you need to know so you can catch up with the memes.

Gather round the aluminum pole, because Dec. 23 is the most judgmental holiday of them all: Festivus. The ’90s sitcom Seinfeld introduced us to this not-so-festive alternative in the 1997 episode “The Strike,” and Twitter is celebrating the holiday’s 21st anniversary with an abundance of memes. Here’s a refresher course on Festivus!

1. George’s father, Frank, created Festivus. When George (Jason Alexander) was just a child, his father Frank (Jerry Stiller) started the holiday after a fight over a toy doll went awry. “Many Christmases ago, I went to buy a doll for my son,” Frank said on the show. “I reached for the last one they had, but so did another man. As I rained blows upon him, I realized there had to be another way.” Jerry (Jerry Seinfeld) also explained in the episode, “When George was growing up his father hated all the commercial religious aspects of Christmas, so he made up his own holiday.”

3. There’s also the Feats Of Strength. After the Festivus Dinner, a showdown of brawn commences. The wrestling appeared to be George’s least favorite aspect of Festivus.

3. In lieu of a Christmas tree, you put up an aluminum pole. The Festivus pole “requires no decorations,” Frank explained. George’s father also bragged that it had a very “high strength-to-weight ratio,” which you can’t argue about a Douglas fir tree.

5. Festivus was a real holiday celebrated by the show’s writer. A writer on Seinfeld, Dan O’Keefe, celebrated the holiday growing up after his own father invented it. His colleagues found out, much to his chagrin. “I didn’t pitch it. I fought against it,” the writer told Mother Jones in 2013. “I thought it would be embarrassing and drag the show down, but…Jerry liked it.”