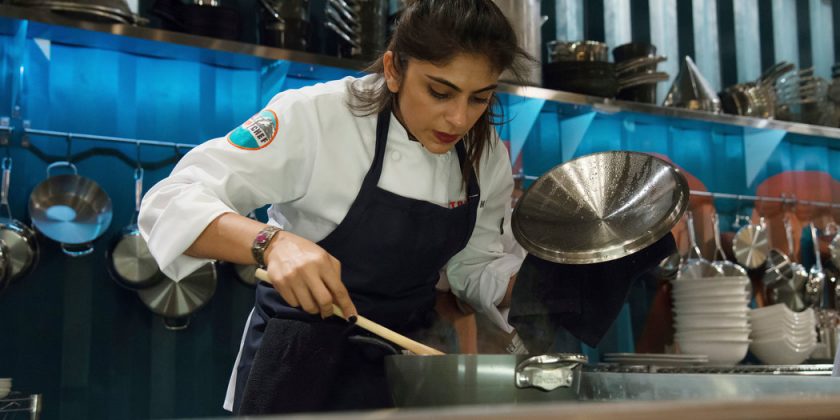 Fatima Ali, who was voted by fans of the television show “Top Chef” as their favorite contestant of Season 15, died on Friday at her family’s home in San Marino, Calif. She was 29.

A brother, Mohammad Ali, said the cause was cancer.

While her season of the reality culinary competition show was airing, Ms. Ali announced in 2017 that she had Ewing’s sarcoma, which affects bone and soft tissue.

Ms. Ali chronicled her fight against the rare form of cancer on social media. Interspersed with pictures of food on her Instagram page were photos of her in the hospital, her head bald from chemotherapy treatments in some and dyed platinum blond in others.

“I know it’s been ages since I posted and most may have figured out why,” Ms. Ali wrote on Instagram on Jan. 10. “I’m sick and unfortunately I’m getting sicker. Right now all I need are prayers; prayers that are simple.”

“Live your life as she did — to the fullest. Pursue your passion,” Ms. Ali’s family wrote on Instagram.

Fatima Ali was born on Aug. 8, 1989, in Lahore, Pakistan. Mr. Ali said his sister would watch culinary reality shows on television as a child and dream of becoming a chef.

She moved to the United States when she was 18 to attend culinary school. When she graduated from the Culinary Institute of America in Hyde Park, N.Y., in 2011, Ms. Ali said, her mother wanted her to return home. But she sought to stay a year in New York to work in the culinary field.

Before appearing on “Top Chef,” Ms. Ali became the first Pakistani woman to win on another cooking reality show, “Chopped.” But Mr. Ali said his sister’s desire to be a chef on television was not just because she wanted to be famous.

“Pakistan gets a bad wrap when it comes up in the media,” he said. “It’s about terrorism, violence or upheaval. Fatima wanted everyday people to associate Pakistan with other things and change the narrative.”

Joe Flamm, 32, who won the season of “Top Chef” that Ms. Ali appeared on, recalled eating a dish of oxtail biryani that she prepared for show contestants. 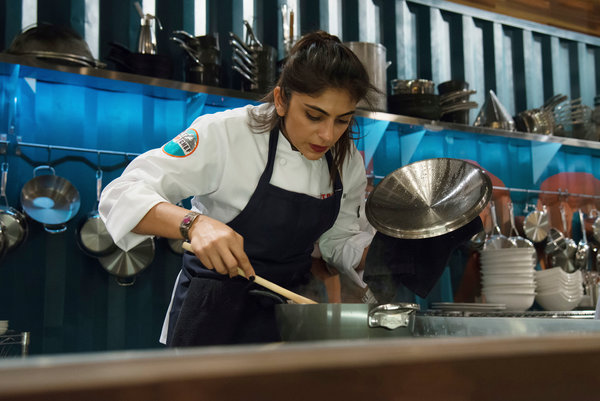 The braised oxtails were immaculately tender, simmered to the point that the boiled eggs and chickpeas sponged up the flavor from the meat, making the chickpeas rich and creamy, he said on Saturday. It was served over delicately fluffy jasmine rice.

“It was one of those dishes that told you everything you needed to know about a person,” said Mr. Flamm, the executive chef of Cafe Spiaggia in Chicago. “It was so soulful but also technically perfect. It was her.”

Ms. Ali first learned of her cancer in 2017 while working on a pop-up restaurant at the United States Open.

“I’d had this weird ache in my shoulder for the past couple of months that I’d been ignoring. You know, popping a couple of Advils, going to sleep,” Ms. Ali wrote in an essay for Bon Appétit that the magazine published online after her death on Friday.

The pain became unbearable and she went to the emergency room, where tests led to the cancer diagnosis. After surgery to remove a tumor in her shoulder and chemotherapy, Ms. Ali said doctors told her she was cancer-free.

“Then it came back. Worse than before. It was metastatic. It had spread to my lungs,” Ms. Ali wrote. “The doctors told me I had a year to live.”

Ms. Ali pledged to make the most of her remaining time, and to tour the world “eating all this absolutely delicious food,” she said during an appearance on Ellen DeGeneres’s talk show in November.

Ms. DeGeneres presented Ms. Ali with a $50,000 check from Shutterfly, her show’s philanthropic partner, to help with that goal.

In the same month, Ms. Ali ate with Mr. Flamm at Masa, described in 2011 by The New York Times as a “stupendously expensive sushi emporium” that offered tastes and preparations that were “unforgettable.”

While the chef Masayoshi Takayama prepared their food, Ms. Ali, who kept in her wallet a crumpled napkin with a list of people she wanted to make amends with before she died, talked about how forgiveness and love were the most important things in the world and how she planned to travel to Europe and eat at the great restaurants.

The dinner could only be described as hopeful.

“As much as her story was cut short, it was told really loudly at the end,” Mr. Flamm said.