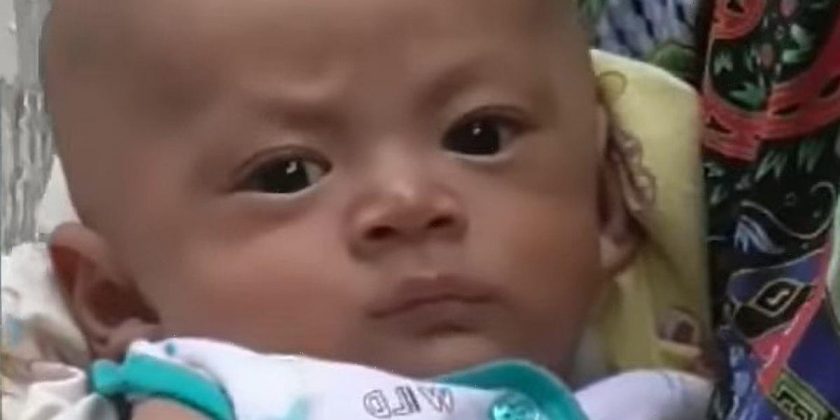 A father in Indonesia has left his family and friends baffled by naming his newborn son 'Department of Statistical Communication'.

The civil servant said he chose the name to pay tribute to his beloved workplace.

Slamet 'Yoga' Wahyudi, 38, from the regency of Brebes in the Indonesian province of Central Java, had agreed with his then-pregnant wife that if she gave birth to a son, he would be allowed to choose the name.

And when the couple's baby boy was born last year in December, he decided to pay tribute to his workplace by naming him 'Dinas Komunikasi Informatika Statistik' ('Department of Statistical Communication').

However instead of his wife, Ririn Linda Tunggal Sari, being fuming over the baby name, the 33-year-old parent was reportedly fine with her hubby's decision.

He told local news site Kompas: "At first it sounded strange, but thank God my wife did not mind."

parentsDespite the being happy with the choice though, their friends and family -including their own parents – have voiced concerns over the name.

Yoga reportedly accepted their concerns, but still went ahead with his name choice anyway.

In an apparent act of compromise though, Yoga said the youngster will go by the more easily pronounceable nickname of 'Dinko' in his day-to-day life.

Yoga has worked as a public servant for more a decade, with him joining the Indonesian civil service back in 2009.

He had previously worked as a radio announcer, but said he later realised his true calling was in statistical communication.

Yoga told Kompas he hopes his son will grow up to be "pious", as well as "devoted to his family".

It's not yet clear whether Indonesian authorities have accepted the unusual name.

The news comes after a mum-to-be sparked a family row after refusing to name son after unusual tradition.

They couple decided that their children should take her surname, Smith-Clark, rather than her husband’s surname, Johnson, as she had kept it after they wed.

But, her father-in-law was fuming about the decision, saying that it "does not work" for him.