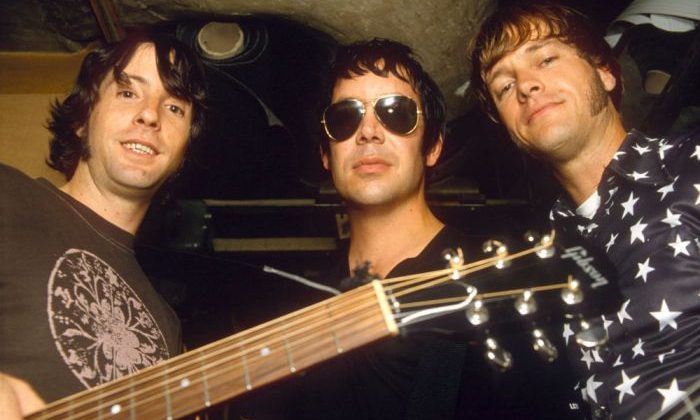 Earlier this week, Fastball unexpectedly found themselves at the center of the latest flare-up from direct-to-consumer platform PledgeMusic when blogger Bob Lefsetz wrote about a conversation with the band’s manager in which he said they hadn’t been paid by the service. As Variety reported last year, the platform, which is intended to help artists facilitate selling everything from merchandise and recordings to personal visits directly to fans, has faced significant problems over the past year in reimbursing artists — problems that have persisted, as the company acknowledged in a statement yesterday in which it set a tall goal for itself by saying, “It is our expectation that payments will be brought current within the next 90 days.”

The good news is, Fastball (pictured above in 1998) got a check from the services today, albeit for around half of what they’re owed. Frontman Tony Scalzo called Variety from the band’s van somewhere near Clearwater, Florida, where they have a show tonight. (Reps for PledgeMusic did not immediately respond to Variety‘s request for comment.)

Did you guys have any idea that you were suddenly going to become poster children for unpaid PledgeMusic artists?
No! We didn’t know until it came out [on Tuesday]. The whole thing came as a total surprise to us because we had worked with [PledgeMusic] in 2017 and had no problem, that worked out really well. So we went for another campaign because we had the 20th anniversary reissue coming for our album “All the Pain Money Can Buy.” Fortunately, we’re really mature and we’ve been doing this for a long time and we basically used the money from Pledge to pay ourselves back for money that we’ve expended for our project. It’s all manufactured and made — we owe some money to some people but we’ll be able to pay it back. Pledge owes us a few more thousand dollars and it looks like we’ll probably get it, based on the publicity that we’ve gotten and with us being a centerpiece in the story. But there’s a lot of people out there who are owed lots more money than we are, and they’re not getting it. There are smaller acts that are really gonna lose out.

Apart from not being paid, how was it dealing with the company this time?
It seemed like they were okay, they were helping out with fulfilling our rewards packages to the pledges, like I had to send off a bunch of handwritten lyric sheets and they were always quick to say that so-and-so didn’t receive it. So they were fairly hands-on, it wasn’t like they disappeared, but that was before we were saying “Where’s our money?” There was no indication that they were going to drop off the face of the earth, although we did hear, after the article ran, there were a lot of people who hadn’t gotten a callback for weeks and weeks.

Did you see the statement they issued yesterday?
No …

I’ll send it to you.

Man, if you were trying to get me fired up with that statement, it worked!

Why?
Well, it’s the last sentence, they’re really interested in making sure that the “right people” get their money first – I would have to assume those right people are the ones who have managers who are going to yell and scream at them.

That statement is actually from cofounder Benji Rogers, who left the company in 2016 but wrote a blog post apologizing for what’s happened. What did you think of the company’s full statement?
Well, my first reaction is we haven’t been paid our full nut, and there are people who are owed $100,000 who haven’t been paid. But I don’t know what else they could possibly say. They admitted being wrong, they said there’s no excuse, they said they regret not being able to live up to their standards. At least they’re not saying it’s somebody else’s fault. But at the same time it doesn’t make anybody feel like, “Okay, take your time and send it when you can get it together,” the fact is, there’s an agreement in place and maybe they shouldn’t have taken on so many campaigns.

If you got paid in full within the next few weeks, would you work with them again?
Absolutely not, it’s already unanimous in our organization that it’s not going to happen again. And my other reason would be the 15% they take — I think that’s too high. I did a solo album through Kickstarter and they only took 6%. Now, the attraction for Pledge is that you still get funded if you don’t meet your [pre-order] goal, which isn’t the case with Kickstarter. But we’re the kind of band that’s gonna set a goal that’s realistic, and we’re probably gonna meet it or surpass it.

Anything else you’d like to say?
I’m just very happy that we were able to cover our obligations before realizing we were gonna be owed a bunch of money. It’s all done, so all that’s left is for us to get our money.

By the way, are you sure that check cleared?
Yeah, it’s in the bank, it made it. It took till about noon Eastern time [Friday] to get it, and we were wondering if we were going to get it today or if they were just blowing smoke. But we got off the plane and it had landed in the account okay, so I guess we fall into the category of the “right people.” But we want the rest!