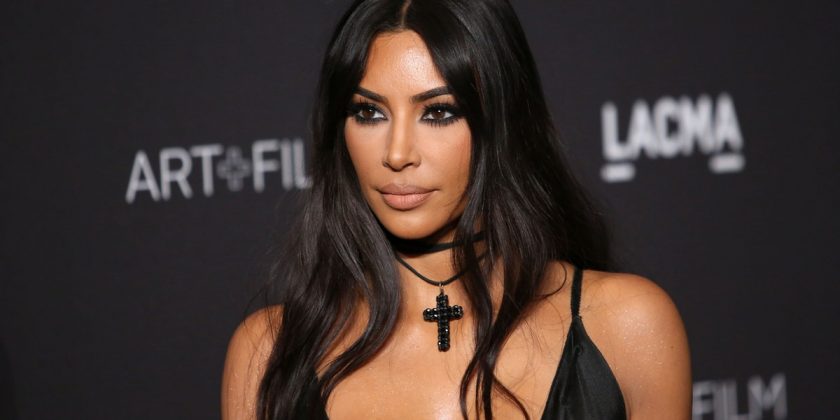 This week, the #10YearChallenge meme had everyone posting old photos from 2009. On Monday, Kim Kardashian shared an adorable throwback photo, and even though the photo was not part of that particular challenge, it’s clear the star was ready for some nostalgia as well. The photo shows Kardashian as a toddler, standing outside and posing in front of pink flowers. In the picture, she’s wearing a pink bow and and a matching shirt with flowers and smiley faces. The reality star captioned the photo, "BB Kiki," and fans immediately responded by noting how much the star looked like Chicago in the photo.

Kardashian shared the throwback photo on both Twitter and Instagram, but didn’t offer any additional details about when or where it was taken. This didn’t stop fans from chiming in — a few noting the possible nickname connection to Drake’s "In My Feelings" (even though that rumor has already been debunked) and lots of people mentioned how much the star looked like her youngest daughter, Chicago.

On Twitter, plenty of people responded by pointing out the resemblance. @KKWCENTRAL tweeted a picture of Chicago, writing, "Omg baby Chi looks like you" with a heart emoji. Another fan noted how much the Kardashian looked like her kids, writing, "Wow! Chicago and Saint are your twins!"

The timing of the photo does suggest that Kardashian might be feeling nostalgic, especially since the throwback was posted on the eve of Chicago’s birthday. On Jan. 15, the Kardashian-Wests’ youngest baby will officially turn 1.

The family may also be growing as well. In early January, People reported the Kardashian-West family is expecting a fourth child via surrogate. The couple has yet to confirm the news or announce any further details just yet. But if the rumors are true, their newest family member will join siblings Chicago, Saint, and North later this year.

In the meantime, it’s clear that Kardashian is taking plenty of time to reflect on her own past. The throwback on Monday was not the first old picture the reality star has posted on social media as of late.

In November, the reality star also posted another baby pic of herself, captioning the photo, "Baby K." And on Dec. 15, Kardashian shared an old photo with Kourtney from when they were tweens. She wrote, "1994- 13 years old. Always been posing on the beach lol."

Also in December, Kardashian shared a photo of her grandmother MJ, noting that the photo was from her first wedding. She wrote a sweet message for her grandma about how she follows her heart, and also noted the family resemblance with Kendall Jenner. She said,

Kardashian clearly enjoys posting old family photos on Instagram — from childhood pictures to other old photos featuring stories of her loved ones. Fans appreciate these photos as well, especially as they offer the chance to see the family resemblance.

Even if Kardashian isn’t spilling any details about the potential new baby, she’ll likely continue to post even more throwback pictures to keep fans entertained.