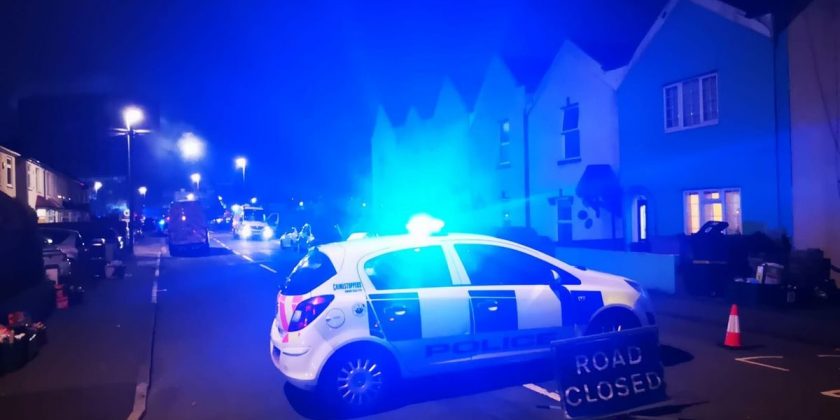 A fire has broken out after ‘explosions’ were heard at a building housing a swingers club in Bristol.

The blaze began just before 4pm in the basement of the Strachan and Henshaw Building – a seven-storey tower block in Fishponds.

Around 12 fire crews are at the scene battling the flames, while black smoke can be seen billowing for miles.

Avon Fire and Rescue Service also confirmed everyone has been accounted for.

They added that no one was in the building when the blaze broke out.

A spokesman said: “We are likely to be there for a couple more hours.

"It’s a big one and we still have 12 crews there at the moment. It is likely to be scaled down soon.”

Police have also cordoned off nearby roads.

A witness from the scene said the source of fire looks like it could be in the basement.

He told Bristol Live: “Smoke always going up, it’s coming even from roof. But fire is in basement.”

Another person added: “They’re pumping water into an 8th floor window where the smoke is coming out.”

Avon Fire and Rescue Service is also urging people to avoid the area.

Footage from the scene shows a huge turntable ladder being used to reach the blaze on higher floors.

Meanwhile another witness added: "I’m at the scene of the fire in Speedwell now – the fire is in the swingers club ‘the office’ on the upper floors.”

The Office is located on the fourth floor of the tower block. It opened in 2003 and describes itself as the "UK’s No. 1 swinging Club in the South West."