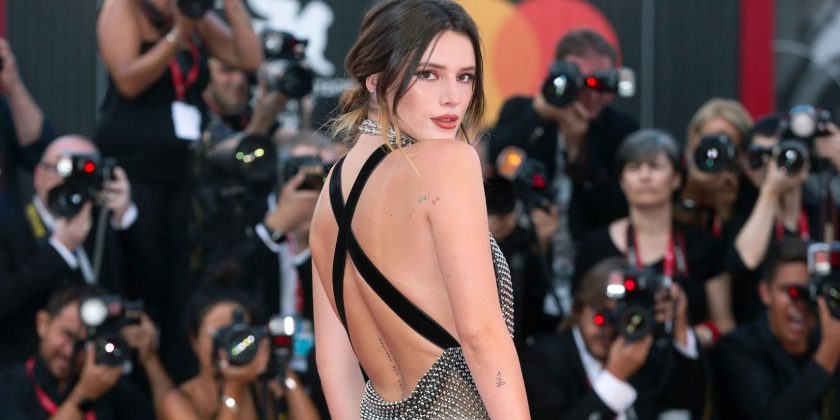 Bella Thorne has certainly come a long way from her days on the Disney Channel. Now worth a whopping $12 million, the singer and actress continues to grow her fortune by embarking on a variety of business ventures within the entertainment industry, one of which is as controversial as her social media posts are. The BBC reports that Bella Thorne has created an OnlyFans account, and she’s making more money each week than most people could ever dream of. By racking in millions for posting what can easily be referred to as ‘intimate content,’ Bella Thorne’s newest income stream is turning heads for more than one reason…

What Is Only Fans?

Many fans are already familiar with OnlyFans and the way this unique money-making industry works, but for many, this is a new concept that is just starting to pick up in popularity and rise to the surface.

OnlyFans is marketed as a content sharing platform that allows people to earn money online. The idea is for artists to be able to post exclusive content in exchange for a subscription fee,  essentially unlocking the access to this content with money. Of course, seeing this as a ‘private’ and exclusive opportunity to share images and videos has meant that OnlyFans has been used by sex trade workers and is an open forum for adult content in every form.

To be fair, there are artists that charge subscription fees and do not engage in any form of nudity – they simply use the service as a way for paying clients to unlock specialized content that is not widely available to non-paying viewers/visitors to their site.

Bella Thorne is known for her head-turning Instagram posts and her risque social media content. She’s proven to be both comfortable and confident when it comes to posting seductively in provocative clothing, leaving very little to the imagination. However when it comes to OnlyFans, she stirred up a whole lot more controversy.

In order to make the OnlyFans account worth it, she had to up the anti on the content that she shared on that platform. Fans were already accustomed to seeing her racy videos and images from her sultry, suggestive photo shoots. Bella knew that there had to be more incentive offered to them in order to convince them to make an investment in her Only Fans account.

This is where her double controversy began. She immediately started making waves when she announced that she would be sharing nude photos with her OnlyFans. Right away, fans were made aware of the fact that she was taking her content to the next level, and was prepared to earn money by exposing herself. That, on its own, created a tailspin among some fans were less than impressed by this move.

It didn’t stop there. When big names such as Bella Thorne make moves like this, it puts a lot of pressure on other content creators on OnlyFans that don’t bare it all. There are lots of artists that will suddenly find it challenging to charge for non-nudes, when there are other, more enticing options available within the same platform.

How Much Money Did Bella Earn?

The sheer dollar value of Bella Thorne’s OnlyFans success is enough to make anyone raise their eyebrows. When Bella Thorne began posting her images for a subscription fee, she was charging $20 for access to her page, and in just one short day, she generated $1 million. OnlyFans went on to release a media report announcing that this was a record-breaking moment for their platform, and she had surpassed the earnings of all other first-day launches on their platform. Just one week later, Thorne announced she had reached the $2 million dollar mark from OnlyFans alone.

Who Else Uses OnlyFans?

Bella Thorne isn’t the only celebrity taking advantage of selling her image on OnlyFans and gaining notoriety while doing so. A series of other famous faces have also attached their names to OnlyFans as ‘creators,’ earning millions of dollars in a very short time frame frame.

Other notable celebrities that have also found huge success on this platform include; Cardi B, Tana Mongeau, Blac Chyna, and Farrah Abraham, as well.

With no real cap on the level of income they can attain through this platform, and millions of fans within easy reach, it’s only a matter of time before more celebrities jump on the bandwagon and sign up for OnlyFans as well.

READ NEXT:  Cardi B To Host WWE SummerSlam?