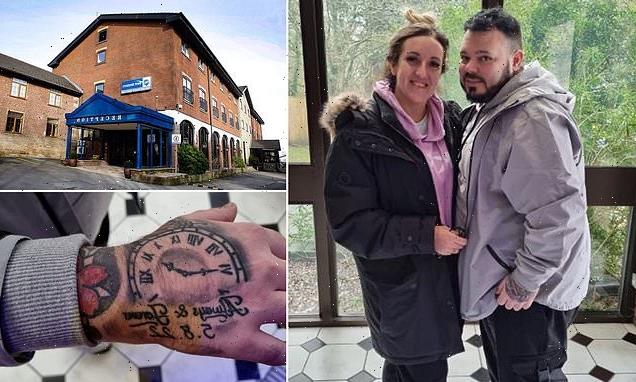 Groom is forced to have tattoo showing time and date of his wedding changed after £4,000 dream venue closes to become hotel to house asylum seekers

A groom-to-be has been forced to change a tattoo with the time and date of his wedding after his dream venue cancelled his big day because it became a hotel to house asylum seekers.

Michael Crane, 37, and his fiancée Linda Brown, 42, from Warrington, Cheshire, were looking forward to their wedding day on 5th August this year, so much so that Michael got the time and date with ‘Always and forever’ above it tattooed on the back of his hand.

But on Monday, they were left with the news that Best Western Park Hall Hotel in Lancashire they paid £4,000 to book was closing as a wedding venue for it to reopen as a hotel for asylum seekers.

They were among thousands of couples who were left without a venue for their weddings.

On the day of the announcement, police were called to take care of furious engaged couples demanding their money back.

Michael, who paid £180 to have the date and time of his wedding, as well as a clock showing the time when they would say ‘I do,’ tattooed on his left hand before Christmas, said he was shocked and angry when he found out.

They have been able to rearrange their wedding for the next day at a different location, so he will get the five on his tattoo adjusted to six, but the time will be wrong. 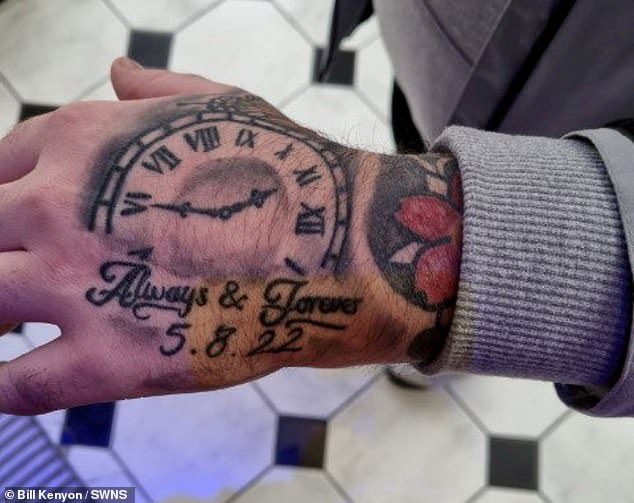 Michael Crane, 37, was looking forward to his wedding day on 5 August this year, so much so that he got the date and time with ‘Always and forever’ tattooed on the back of his hand 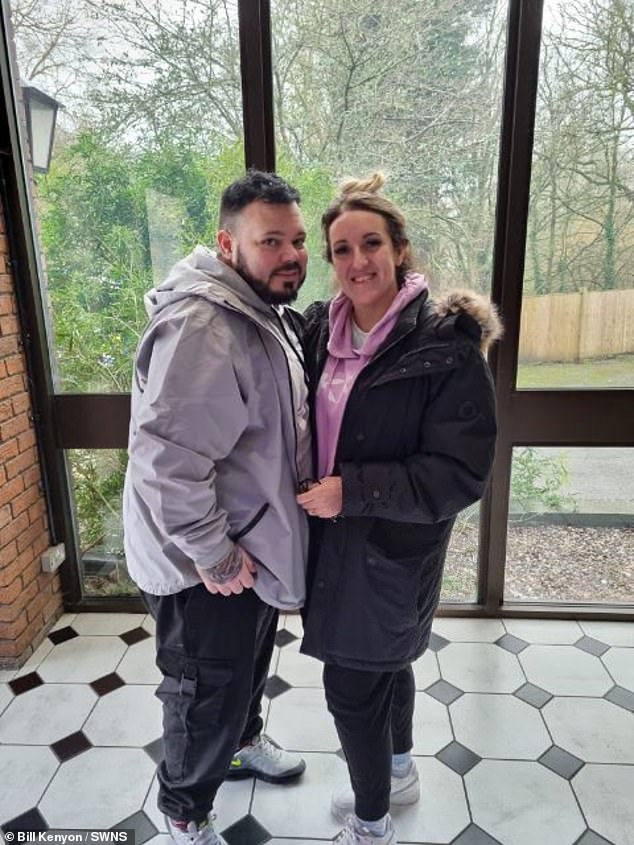 Michael Crane, 37, pictured with fiancée Linda Brown, 42, both from Warrington, Cheshire, were among thousands of couples who were left without a venue for their big days

‘It’s shocking really. Never in a million years did we think they would shut down,’ he said.

‘It’s a beautiful room, they have an old medieval hall and when it’s done up it looks smashing. The room sealed it for us.

‘But since we booked it, the hotel has shut down twice. It’s been a nightmare ever from the beginning.

‘They blamed the lockdown but the government guidelines didn’t say they had to shut at the time.

‘You don’t expect that from a hotel attached to a name like Best Western.’

The couple, who have been together four years, forked out £4,000 up front for the wedding which was due to be held on August 5th.

Michael said he had family coming from America who had booked to stay at the hotel too and he now fears they won’t get any of that back.

He added: ‘I’ve got a lot of tattoos, but since getting my Covid jab they don’t heal very well so I wanted it to heal in time for the wedding. 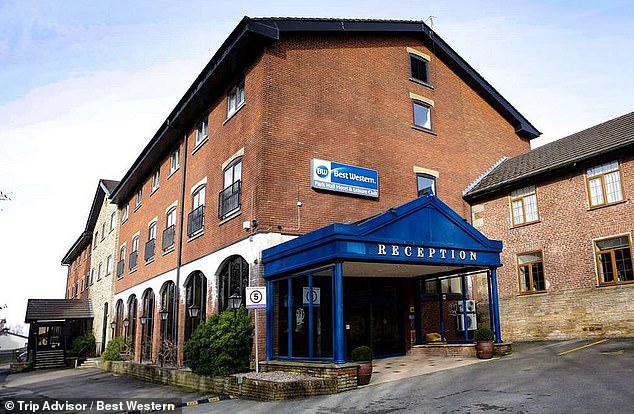 ‘We booked it October. I only found out on the weekend when I saw a Google review that somebody said they’d enjoyed the stay but the hotel was closing on February 7th. We weren’t even told.’

News of the closure started to arise on social media on Sunday night.

The groom-to-be dashed to Park Hall on Sunday night to be told that if he returned at 11am the next day there would be someone on hand to offer explanations and a refund.

But when they arrived at the allotted hour they say they were faced with a scene of chaos and they weren’t able to speak to anyone in authority. 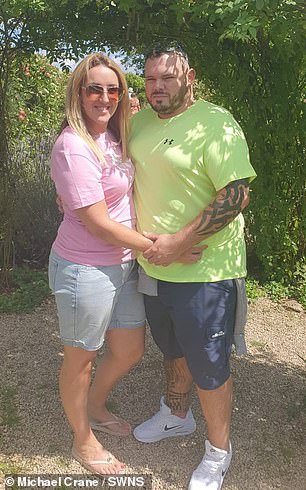 The couple, who have been together for four years, forked out £4,000 for the big day. They have been able to rearrange their wedding for the next day at a different location, so he will get the 5 on his tattoo adjusted to 6, but the time will be wrong

They were only given £1,000 out of the £2,500 they had paid out and were left with more questions than answers.

Former Wigan Athletic chairman Bill Kenyon, who owns nearby Holland Hall, has offered both couples the use of his venue for the same price they paid Park Hall.

Adam said: ‘It has been a total rollercoaster.

‘Our wedding had been cancelled twice at Park Hall already. It was due to Covid, there was nothing they could do about that, but they didn’t handle it with any sort of empathy.

‘Then on Sunday night we saw on social media that the place was going to close.

‘I dashed there late at night and the told me to come back 12 hours later and all would be sorted – but it wasn’t.

‘We got £1,000 of the promised refund but no explanations, including the rest of the money and all the guests who were booked in.’

‘We hope we can at least help some of the couples affected.’

Jenni Halliday, Serco’s contract director for asylum accommodation services, said: ‘With the significant increases in the number of people arriving in the UK we have been faced with no alternative but to temporarily accommodate some asylum seekers in hotels.

‘These hotels are only used as a last resort but as a provider of accommodation services on behalf of the Home Office we have a responsibility to find accommodation for the asylum seekers that are being placed in our care.

‘The Serco team is working extremely hard to move people into dispersed social housing as rapidly as possible.’