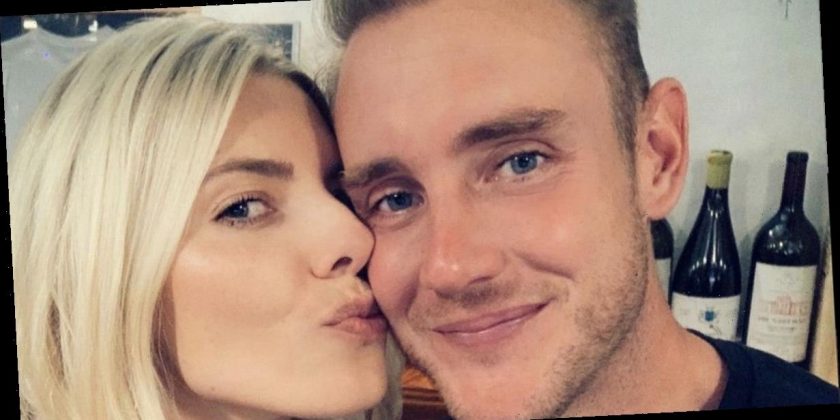 Mollie King delighted fans recently with her announcement that she was engaged to her cricket player beau Stuart Broad following a New Year proposal.

Despite having high profile relationships with the likes of David Gandy in the past, this time round the Saturdays singer has kept her boyfriend mainly out of the limelight.

So who is the sportsman that Mollie said ‘a thousand times yes’ to, here’s everything you need to know…

Mollie was first romantically linked to England cricket player Stuart back in March 2018.

After fives months together, the pair decided to split due to their ‘packed schedules’ however were soon back together.

Stuart is about to head off to Sri Lanka to play cricket and Mollie has admitted she struggles with missing him when he is away.

The 34 year old is one of the country’s best cricket players and known for his fast bowling. He stands at a very tall 6”5 and currently plays for Nottinghamshire County Cricket Club.

His dad is former cricket professional Chris Broad who is now a referee and once fined his son during a game for using inappropriate language on the pitch.

Stuart’s sister Gemma is also involved with cricket; she is an analyst with the English and Wales Cricket Board (ECB).

He and his family founded The Broad Appeal to help raise awareness for Motor Neurone Disease after his stepmum Michelle took her own life following being diagnosed with the condition.

In 2016, he was appointed an MBE in the Queen's 2016 Birthday Honours for services to cricket.

Stuart has previously said that he keeps an inspirational quote from cricket captain Martin Johnson at home to keep his feet firmly on the ground.

Stuart had previously been romantically linked to lingerie model Bealey Mitchell, who he dated for three years and was with him when he collected his MBE.

Previous to that, Stuart has also dated Laura Coleman, who is a former Miss England winner.

He ended their ten-month relationship in February 2008, due to his cricketing commitments.

Stuart owns a pub, The Tap and Run near Melton, and during the pandemic has focused his efforts on helping his local community by turning it temporarily into a village shop.