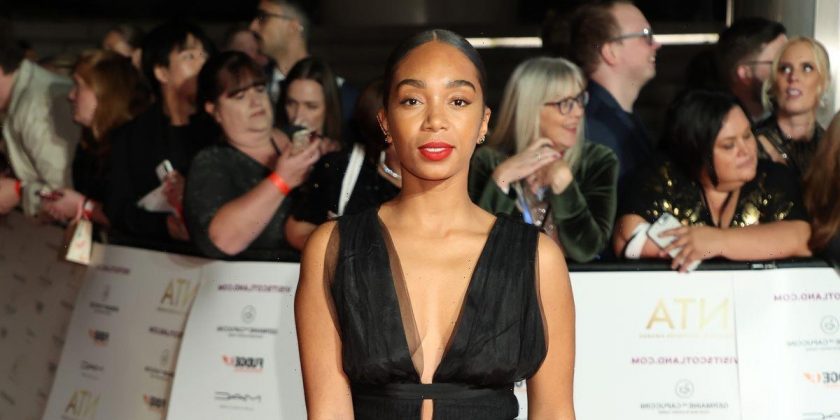 After stints on Waterloo Road and Coronation Street, Zaraah Abrahams made a splash on Eastenders after she arrived on the square during the Christmas Day special in 2020.

Zaraah's life outside of acting

Zaraah grew up in Brixton, South London, and is the eldest of three kids.

She attended the Italia Conti Academy of Theatre Arts, where she acquired her first acting job as part of an on-screen adaptation of Jacqueline Wilson's Girls in Love.

At just 17, Zaraah moved to Manchester to work on Coronation Street.

Where has Zaraah appeared before?

Zaraah made her big break back in 2003 after singing onto the main cast of Girls In Love, a teen drama based on a book of the same name.

The Lambeth-born actress then appeared in Coronation Street from 2005 to 2007 as Joanne Jackson, a young woman who was an illegal immigrant from Liberia.

After being briefly detained by immigration authorities, Joanne returned and continued her work at Underworld, the fictional underwear company in Coronation Street.

Zaraah also worked on Waterloo Road for two years as the series regular Michaela White before moving on to Dancing on Ice, where she came third with partner Fred Palascak.

She has also made appearances on Holby City, Waterloo Road Reunited, The Knick and The Bay.

Following her Waterloo Road exit, Zaraah admitted that getting work was slower than she first expected.

She explained: “Leaving Waterloo Road was hard for me to overcome. I had to leave behind being a child actor and for people to take me seriously as a woman.

“Getting a job is what made me feel good, so I had to learn to feel good when I wasn’t getting jobs.”

She added: “You can’t act all the time, unfortunately. I wish I could, but I have had to work elsewhere sometimes. Instead of being ashamed of that, I’ve just had to get on with it.”

In 2013, Zaraah was even spotted by legendary director Spike Lee, who went as far as to say that she could be the next Halle Berry.

Spike cast her as the lead in his 2014 horror flick Da Sweet Blood Of Jesus after seeing her performance in a short film called Black Girl in Paris.

She said: "Spike saw [the short film] there then emailed me directly and said he liked what he saw and that he had a lead part for me in a new film.

“When I got the email I stayed quiet for five minutes, and my fiancé said, ‘Are you OK? You seem a bit quiet'.