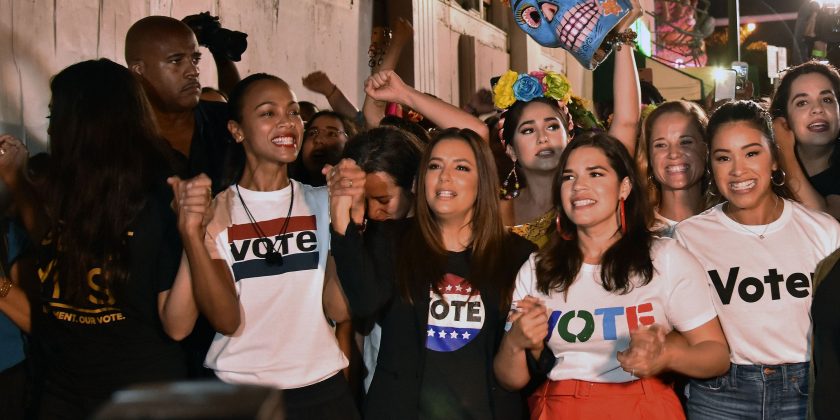 MIAMI (AP) — Eva Longoria, Rosario Dawson, Zoe Saldana, America Ferrera and Gina Rodriguez took to the streets of Miami, leading hundreds of people while chanting “Si se puede” or “Yes we can” in attempt to rally people to vote ahead of Election Day.

While the actresses were looking to improve voter turnout overall, they were specifically targeting the Latino community on Sunday as they marched down in Little Havana.

“This cause of getting people out to vote is one of the most important things we can do as citizens,” Longoria told The Associated Press in an interview earlier in the day. “It’s our job.”

“We’re not out here as celebrities or actors or our professions,” said Ferrera. “I’m the daughter of immigrants, I am a true blue American, I bleed red white and blue.”

The group came together not only at the rally, but at a studio earlier also to film spots for various candidates. While the actresses are known for their Democratic leanings, they insisted the purpose was to get everyone engaged.

“I vote as an American and I’m out here rallying my fellow Americans to get out their vote because when we show up, our democracy will work better for us,” Ferrera said