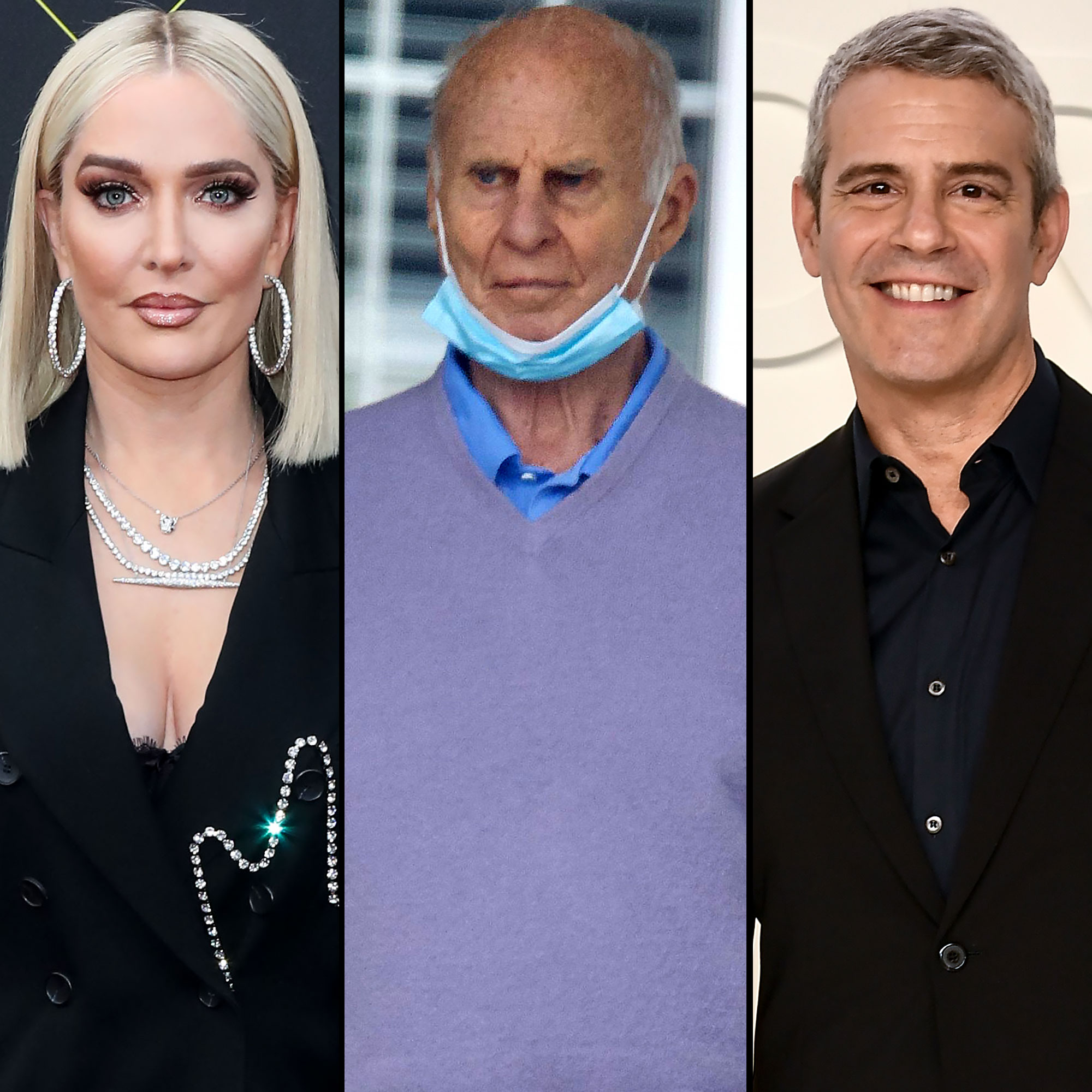 While there was no doubt that Erika Jayne would be in the hot seat at the season 11 of The Real Housewives of Beverly Hills reunion amid her estranged husband Tom Girardi’s legal woes, Andy Cohen revealed that she took the position in stride.

“The drama kept coming up because there were tentacles of the drama that involved all the other ladies. I will say, we did a big chunk of her marital drama earlier in the day, and then I would say the last 90 minutes was a very spirited conversation about the case and what’s going on,” the host, 53, dished about Erika, 50, on SiriusXM’s Radio Andy on Monday, September 13. “She answers everything.”

The topics listed off for the producer to confirm were discussed included: “widows and orphans,” “dementia and Alzheimer’s, “other women/cheating,” “money and who owes what, hiding money and stuff like that.” Andy said yes to all.

Erika filed for divorce from Tom in November 2020 after nearly 20 years of marriage. The following month, the pair was accused of embezzling money intended for the families of plane crash victims. The Pretty Mess author has since been accused of misspending $25 million in funds from Tom and his former firm, Girardi Keese.

From ‘Jesus Jugs’ to ‘Turtle Time’: A ‘Real Housewives’ Dictionary in GIFs

When asked whether the reunion addressed “the future, what do we know about court and jail,” Andy said yes but cautioned, “[I] want to point out, she has not been charged with a crime.”

The Most Talkative author also confirmed that several women, including Erika, broke down in tears, but no one left the taping.

“There was nothing left on the table, I do not feel,” Andy concluded. “I think when you and I were sitting there, part of the thing that was happening to my brain, which was overextended at that point. But I think that, you know, when you shoot these shows, you’re in there for so long. And I called Doug and Alex, the producers, Saturday when I landed. You’re thinking in your head of things that you maybe wish that you said, or you wonder if you should have said or countered. So, but, ultimately, I feel really good about everything we did.”

The Real Housewives of Beverly Hills airs on Bravo Wednesdays at 8 p.m.