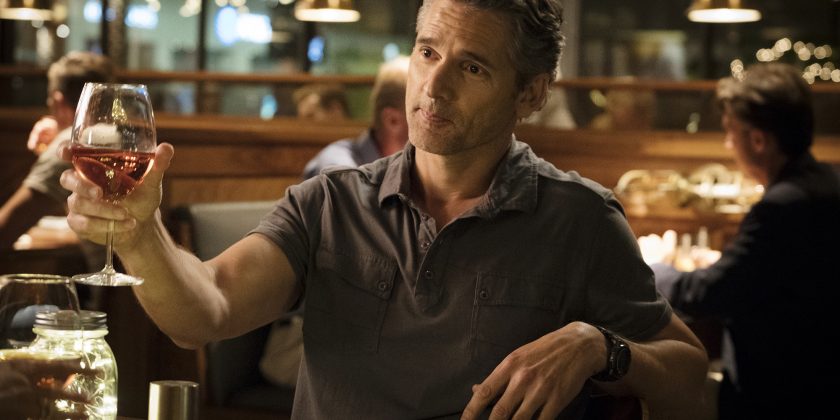 Eric Bana’s acting resume dates back to 1993 and includes a little bit of everything: comedy (Australian TV’s “Full Frontal”), historical romance (“The Other Boleyn Girl”), horror (“Deliver Us from Evil”), political thrillers (“Munich,” “Blackhawk Down”), a superhero (“Hulk”) and even a sci-fi villain (Nero in 2009’s “Star Trek”).

But it’s his role as smooth-talking psycho John Meehan that takes front-and-center on “Dirty John,” the eight-episode drama premiering Sunday night at 10 on Bravo.

“It’s definitely double-edged,” says the Australian-born Bana, 50. “There’s a lot of difficulty in trying to present someone [who’s] so awful in such a way that people don’t want to turn their TV off halfway through the first episode. On the other side, there’s the freedom that comes from playing a character who’s not holding the moral compass of the story.”

That would be an understatement.

“Dirty John,” based on investigative journalist Christopher Goffard’s 2017 podcast, stars Bana as the handsome Meehan, who meets high-end interior designer Debra Newell (Connie Britton) on a dating app. He tells Debra he’s a divorced doctor who served in Iraq; Debra, married four times before, is initially wary of John’s patter, but succumbs to his charm. In short succession, they’re secretly married (in a Las Vegas chapel) and move into a luxurious, too-expensive waterfront condo on Balboa Island (John’s “dream home”) — funded by Debra.

It seems too good to be true, and it is: Debra’s two grown daughters and her nephew — Terra (Julia Garner), Veronica (Juno Temple) and Toby (Kevin Zegers) — aren’t buying John’s smarm and start to question his motives. Eventually, his sordid past comes to light (a long history of stalking, death threats, multiple identities, scams, extortion) while Debra tries frantically to end her nightmare.

“I think it’s very hard for some people to disassociate themselves from other people and detach,” says Bana, who took the role after listening to the “Dirty John” podcast. “On a really minuscule level we all know people who have held onto friendships that aren’t healthy for them. On a really basic level, there’s a reason people have held onto these toxic relationships that maybe aren’t even abusive: it’s because they just find it too awkward to extricate themselves. And when you amplify that up to a 10, where there’s a high level of intimacy and passion, it can be, I think, 10 times harder.”

Bana says that what really attracted him to “Dirty John” was John himself — but not in the way you might think.

“John was not really prevalent in the podcast. He’s alluded to, referred to, but he’s the shark in ‘Jaws,’ he says. “I felt I had the freedom to come up with a version of that type of personality. I wasn’t interested in a facsimile of him. I didn’t actually find him interesting — I found his behavior interesting and that was what I concentrated on.

“I think it’s easy for us to view and judge Debra from our own perspective, but we’re not inside her perspective,” he says. “Guys (like John) doing this sort of damage are really, really good at what they do — they know how to wound people in such a way that those people are attached to them. That focus and attention they lavish on their victims is very calculating and manipulative and highly effective.

“Hopefully, in all seriousness, [‘Dirty John’] does open people’s minds to the possibility of this kind of abuse and makes them more aware or more comfortable to reach out for help.”