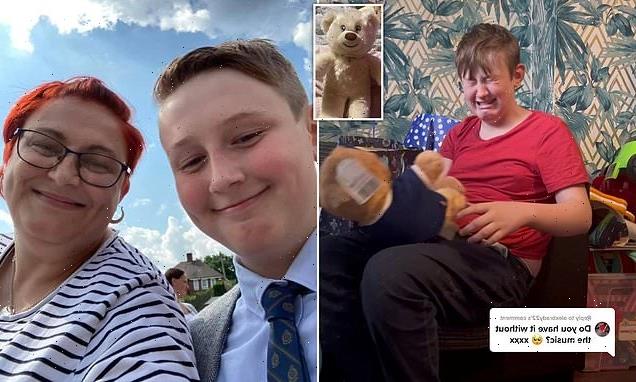 ‘Hello darling, love you lots’: Emotional moment teen receives bear for his birthday with voice recording of his mother – one month after she suddenly passed away

This is the emotional moment a young boy was reduced to tears after he received a teddy bear with a voice recording of his late mother.

Brennan Mansell, from Sheffield, received the gift for his 12th birthday, just one month after his mum Lisa tragically passed away suddenly. The cause is still unknown.

His big sister Bailey-Mae, 20, filmed the moment he received the gift that played the audio recording from their late mother when Brennan pressed its paw.

The recording is heard saying: ‘Hello darling, love you lots, giving you a kiss. Love, love, love love you.’ 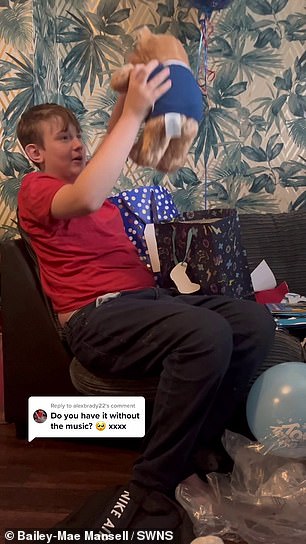 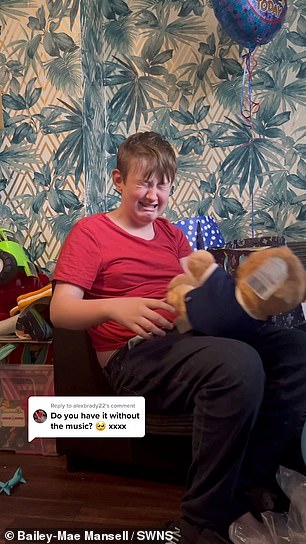 This is the emotional moment Brennan Mansell, from Sheffield, was reduced to tears after he received a teddy bear with a voice recording of his late mother 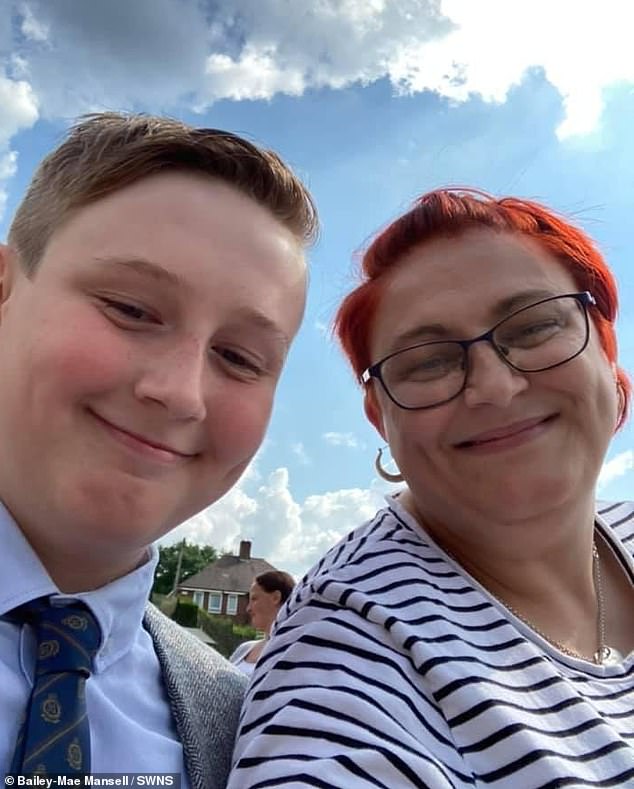 He received the gift for his 12th birthday, just one month after his mum Lisa tragically passed away suddenly. The cause is still unknown

She said: ‘We’ve struggled a lot since mum passed away. We feel completely lost without our queen.

‘She was the light of all our lives and was there for us through everything.

‘We’ve all cried buckets and buckets since she passed and it feels like our whole world has broken.’ 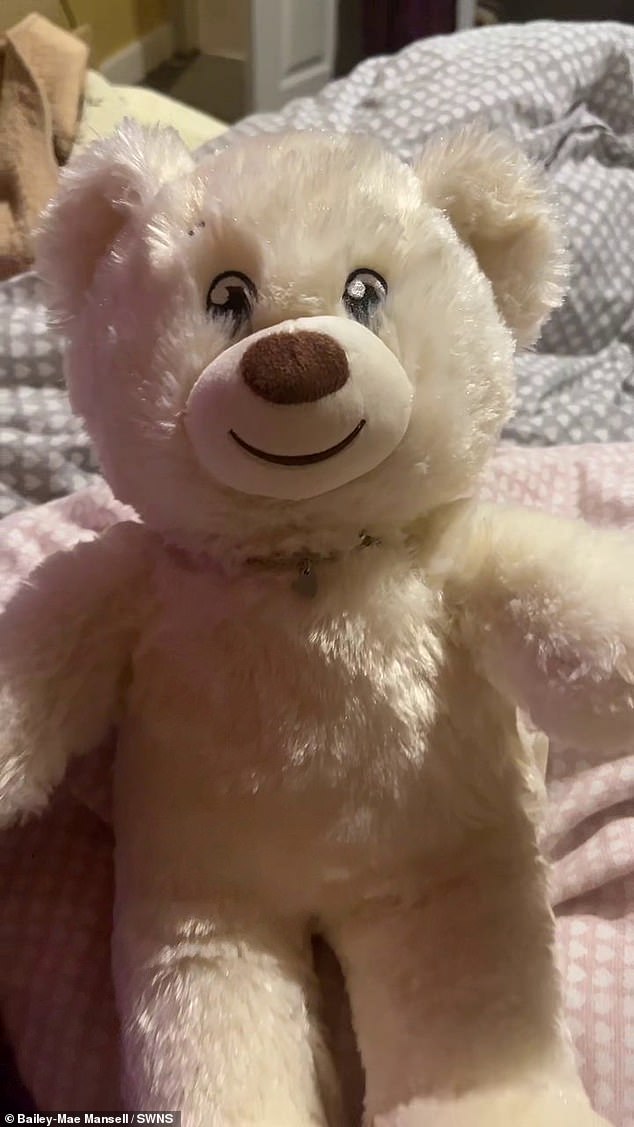 Bailey-Mae continued: ‘My oldest sister Briony had a Build-a-Bear made with a voice message mum had sent to her a few months prior.

‘We then gave him this for his birthday and he completely broke down in tears from hearing our late mum’s voice again.’

Brennan is seen listening intently to the recording and, as it finishes, he’s immediately reduced to tears.

Bailey-Mae added: ‘We were so shocked. We never in a million years thought that 4.6 million people would have seen our video! 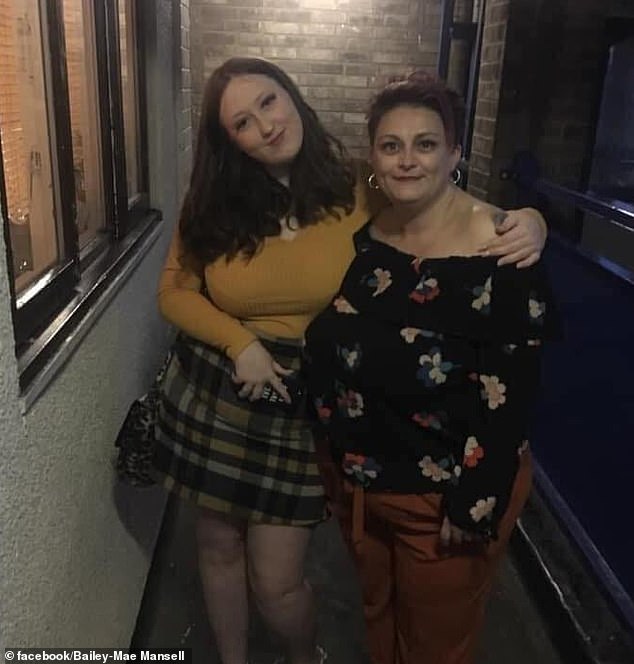 ‘Bren asked me to post the video for our family and friends to see his reaction and for them to be able to hear mum’s voice again.

‘I sit and read through the comments every night before bed and seeing all the lovely comments honestly puts a big smile on my face, especially when we all feel rubbish in this dark time.’

But despite the sensitive nature of the video, some felt the need to troll Bailey-Mae and brother Brennan, prompting the pair to address negative comments saying: ‘If you don’t have anything nice to say, don’t say anything at all.’

Bailey-Mae added: ‘It made me angry and upset how anyone could hate on such a heart-warming video. 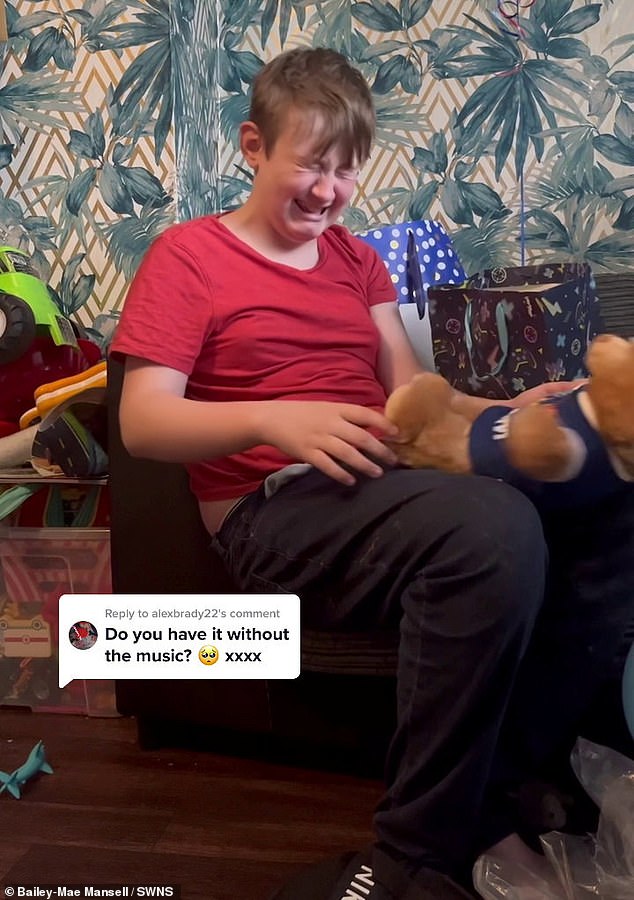 ‘Especially with people saying that it was just for views and that we were exploiting Bren.

‘We never intended for it to blow up as much as it has. But people will always have things to say about anything that you post.

‘As my mum always used to say, ‘if you have nothing nice to say then down say owt at all’.’