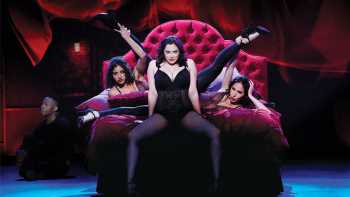 Netflix is taking the early lead at this year’s Emmys race, with six wins, thanks to the Television Academy’s juried award winners for animation, choreography, interactive programming and motion design, which were announced on Friday.

The outstanding individual achievement in animation category, a “juried” prize that means several, one or no winners could be named, wound up with eight honorees this year: Five from Netflix and three from YouTube.

Also landing its first-ever Emmy was Twitch, the live streaming platform popular in the gaming community and owned by Amazon. Twitch landed an Emmy for outstanding innovation in interactive media, for “Artificial.”

The CW, which is often snubbed by the Academy in general nominations, is the first linear network out the gate with an Emmy: “Crazy Ex-Girlfriend” won the first-ever juried prize for outstanding choreography for scripted programming. Choreographer Kathryn Burns won the award, making it her second Emmy.

Netflix’s other win, besides animation individual achievement, was for outstanding motion design, won by “Patriot Act with Hasan Minhaj.”

The juried awards for individual achievement in animation, innovation in interactive media and motion design will be presented on Saturday, Sept. 14, while the choreography award will be handed out on Sunday, Sept. 15. Here is the list of juried winners:

The 2019 Creative Arts Emmy Awards presentation, executive produced by Bob Bain, will be held at the Microsoft Theater in Los Angeles beginning at 5 p.m. on Saturday, Sept. 14, and Sunday, Sept. 15., and will air Saturday, Sept. 21, at 8 p.m. on FXX.