They’re in it to win it.

After nine weeks of live shows, brutal eliminations and a COVID-19 situation that almost made one couple quit, the finalists for Season 30 of “Dancing With the Stars” were announced at the end of Monday night’s show.

Competing for the coveted mirrorball trophy next week are: Iman Shumpert and Daniella Karagach, JoJo Siwa and Jenna Johnson, Cody Rigsby and Cheryl Burke and Amanda Kloots and Alan Bersten. 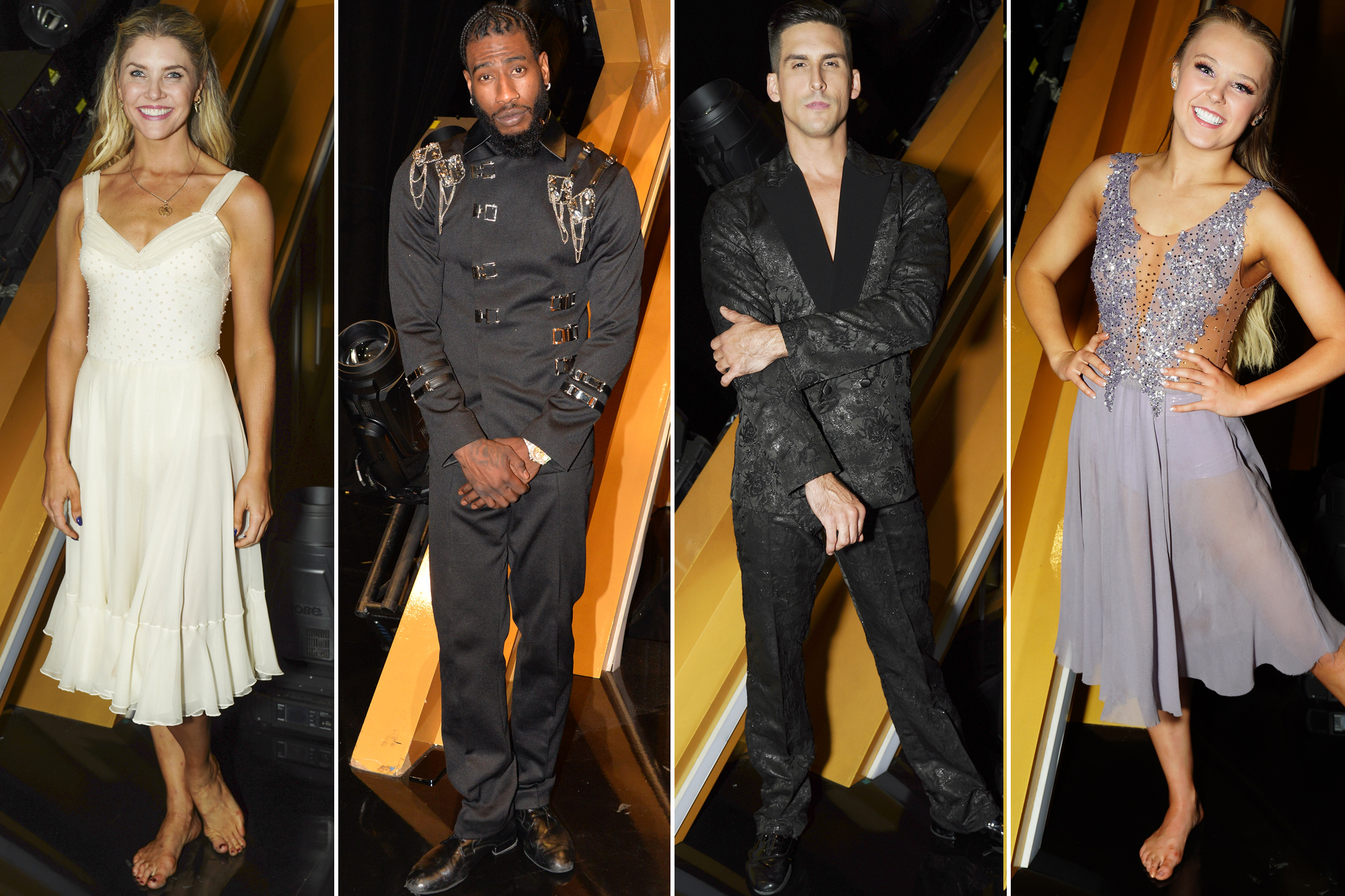 The remaining dance duos reacted to making it into the finals while speaking to Page Six and other reporters after the show.

Plus, they shared what they’ve learned about themselves throughout the intense process, their strategies to winning it all and more. 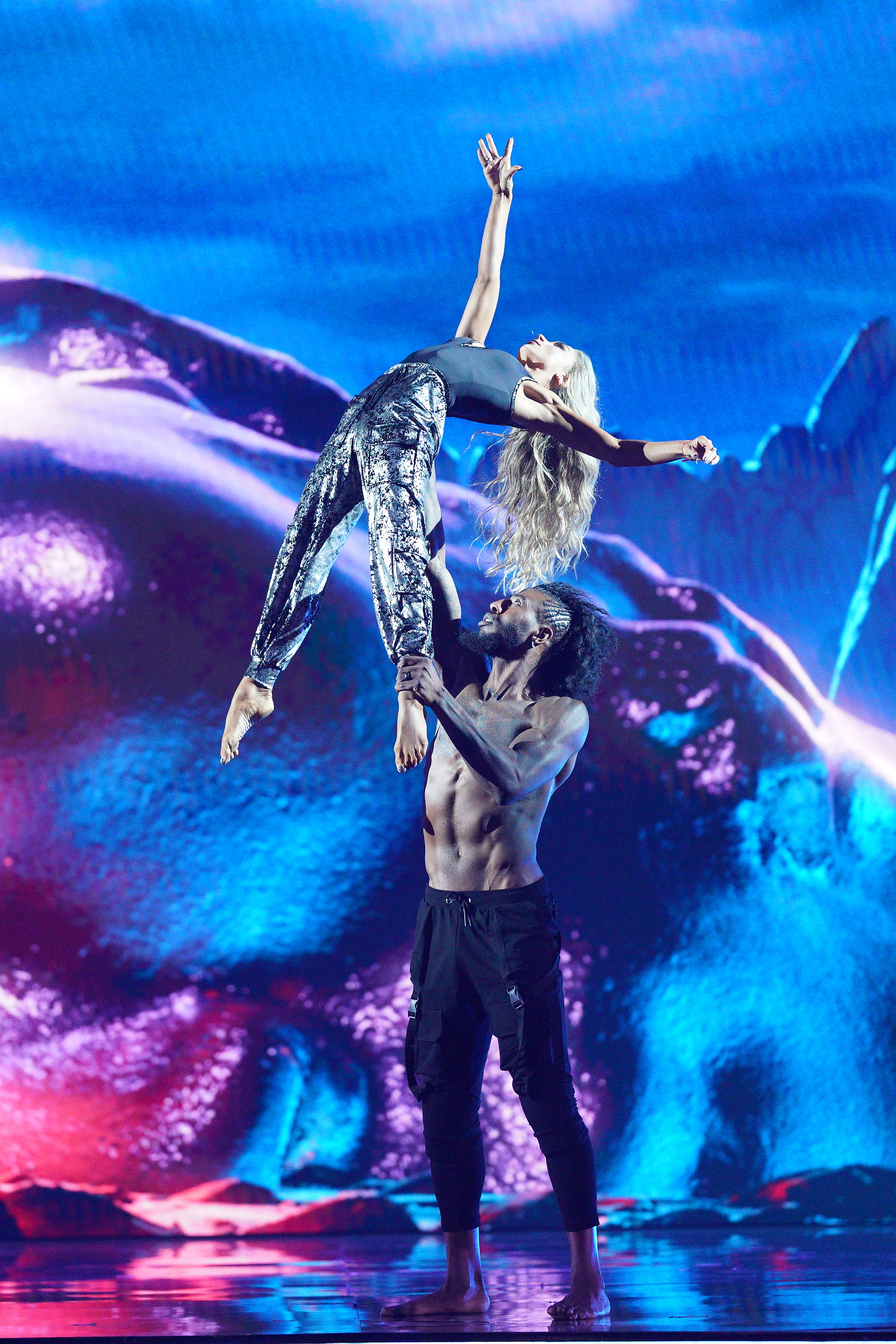 Team DanIman have continued to impress each and every week, showcasing creative choreography, jaw-dropping lifts and a determination to take home the win.

On top of that, Shumpert, 31, is also making history as the first NBA star to place this far in the competition.

“I kinda invite pressure. It makes for a better moment, and apparently we are the ‘moment makers’ – Tyra [Banks] gave us that name,” he said. “I think we just sort of lean on doing choreo that is challenging.”

He added, “I came on this show to take on a challenge, and this is something that I’ve never done, and it’s been a lot of fun. The whole journey through it, so we are just gonna keep rolling with that.”

Shumpert said he also hopes his success on the show will inspire other NBA stars to say yes to “DWTS” in the future.

“I’m casting new partners as we speak … so LeBron [James], hit me up!” Karagach, 28, joked, to which Shumpert replied, “I told you, you gotta get Kyrie [Irving]. 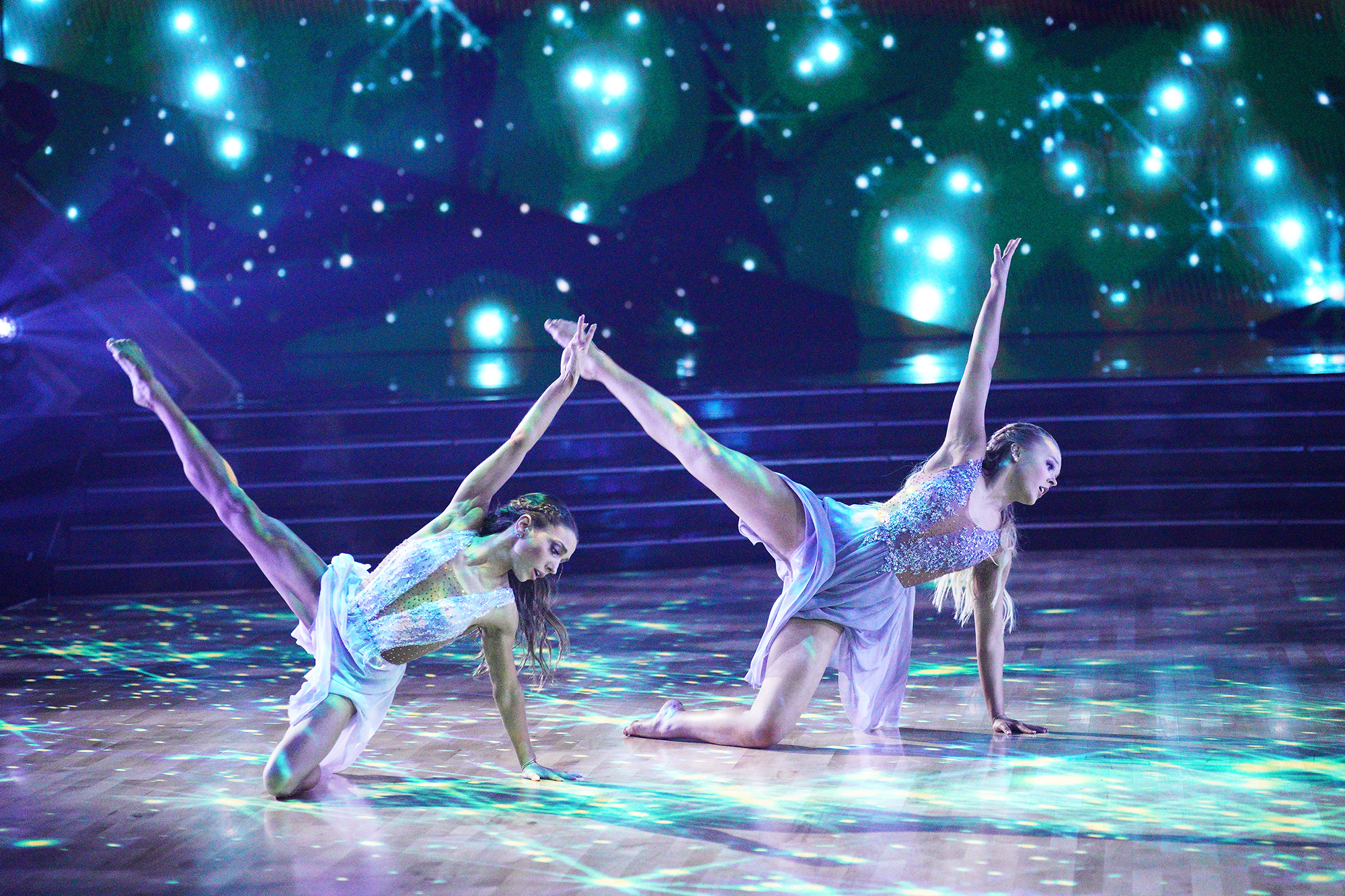 Siwa, who is also making history this season as the first celebrity to be paired with a pro partner of the same sex, had one word to describe her placement in the finals: “Unbelievable.”

“I mean, I remember week one, just wanting this moment, and now all I want to do is go back in time,” the “Dance Moms” alum, 18, explained. “Because as great as this moment is, it means there’s six days left and I am devastated about that. These six days I am going to cherish every single second, every single moment. I’m just so grateful.”

Johnson, 27, choreographed a beautiful contemporary routine set to Lewis Capaldi’s “Before You Go” for their last dance before the finals. Siwa dedicated it to her late grandfather, revealing on the show that he died a few months ago.

As for what Siwa has learned about herself throughout her “DWTS” journey thus far?

“I have learned that the one person in the world that I don’t love and that I don’t fully accept is myself,” she admitted. “It was put straight in front of my face by somebody [Jenna] that I should, and that’s one thing that I am most grateful for. Jenna specifically has changed the way that I think about myself, look at myself and feel about myself.” 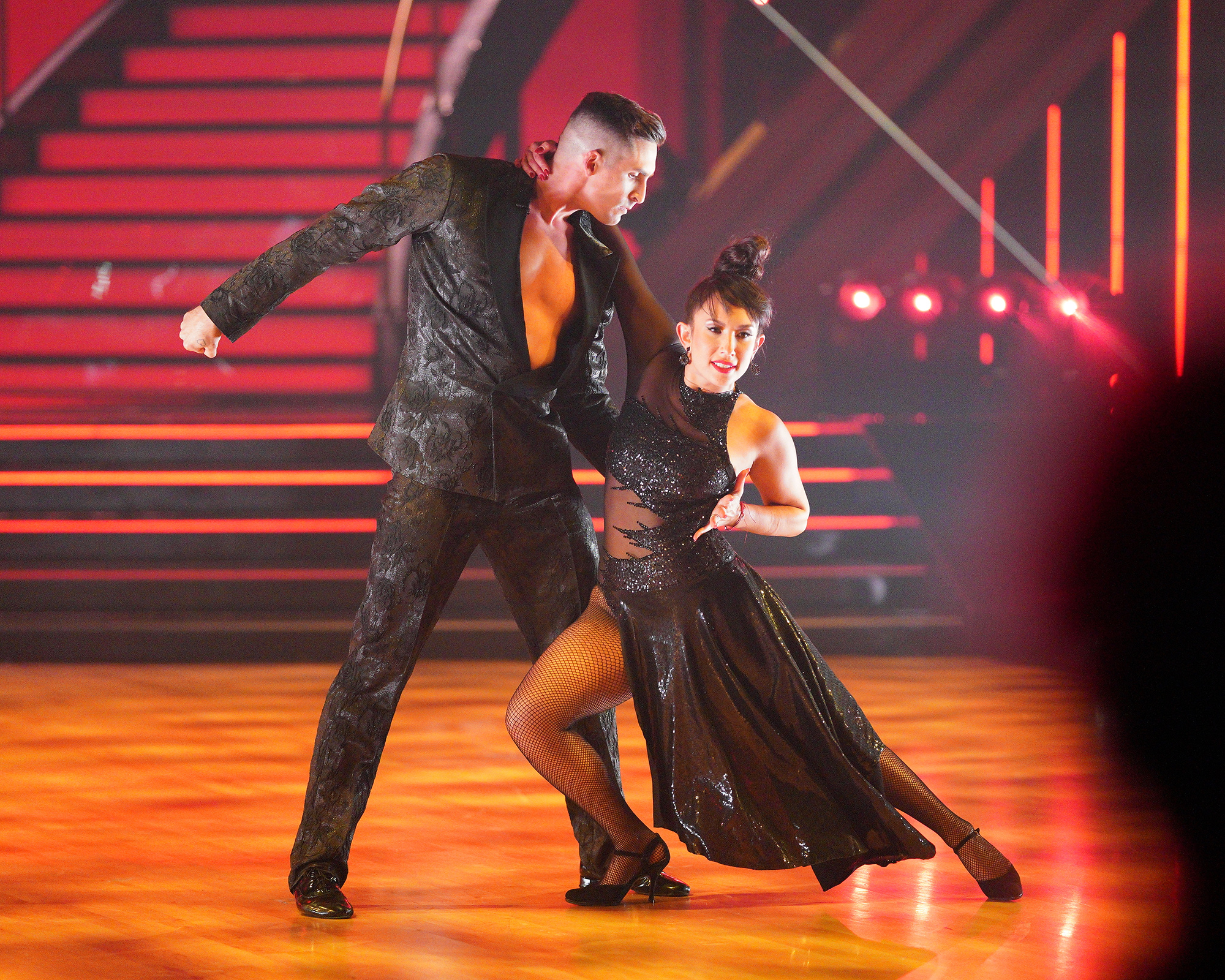 Despite placing at the bottom of the leaderboard with their judges’ scores, Rigsby’s loyal Peloton fans (aka #boocrew) helped him and Burke score a spot in the finals.

“I’m still in shock to be quite honest. Like, I did not think this was going to happen!” Burke, 37, exclaimed. “It’s crazy. I’ve seen it before on a show like this, obviously like with [Season 27 winner] Bobby Bones, but you just never think it’s going to happen to you.”

Rigsby, 34, agreed, saying, “We were at the bottom of the totem pole, so we were like, ‘All right, this is our night.’ So we did the best we could.”

Burke added that their placement in the finals feels extra “special” due to the fact that they had so many “ups and downs” after both testing positive for COVID-19 earlier in the season.

“This is a season that I’ll never forget,” she gushed. “The last time I was in a final was with Jack Osbourne [in 2013]. I’ve done 24 seasons, so it’s a great reminder of how grateful I should be to be here tonight.”

The two teased that their strategy to winning the mirrorball is making it “all about” the Peloton instructor.

“You’re gonna see me and it’s gonna be very gay,” he shared.

And just because “DWTS” is almost over doesn’t mean that their work together has to end.

“We should definitely do, like, a salsa Peloton dance cardio featuring Cheryl Burke,” Rigsby said. “I think that would be so fierce.” 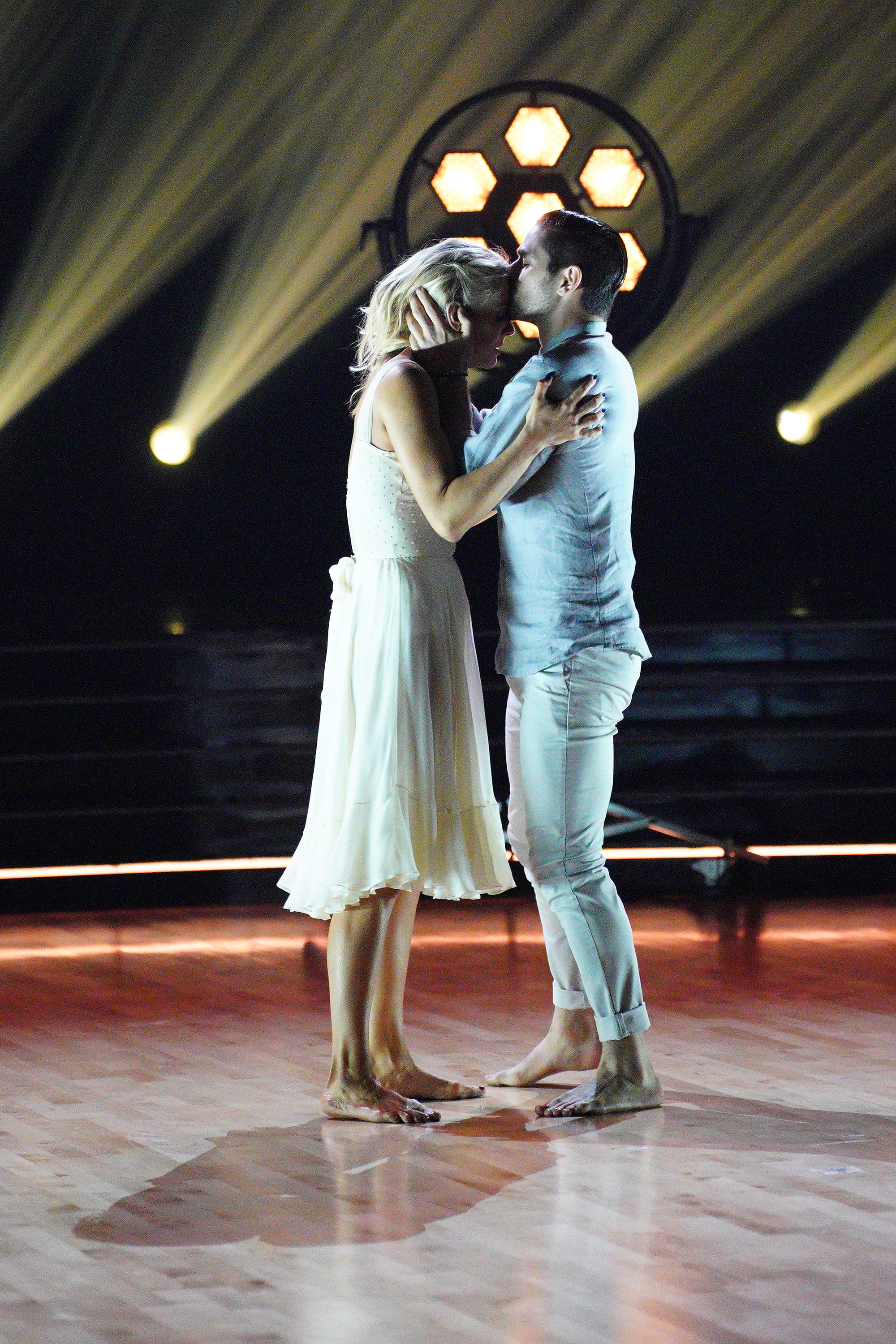 This couple just made it into the finals after judges Len Goodman, Bruno Tonioli, Carrie Ann Inaba and Derek Hough unanimously voted to save them over gymnast Suni Lee and her pro partner, Sasha Farber.

“This day has been a whole roller coaster of emotions … and then that elimination, it was really scary,” Kloots, 39, admitted. “We are just happy to be here. Thank you, judges!”

The co-host of “The Talk” dedicated her “Live Your Life” contemporary routine to her late husband, Nick Cordero, who died in July 2020.

“I kinda just tried to take in the moment to be honest,” she said of leaving her heart on the dance floor. “I felt so grateful and lucky to be able to do this dance tonight to Nick’s song. It truly was an honor.”

Now, Kloots and Bersten, 27, are fully focused on giving their finale routines everything they’ve got next week.

“We get the freestyle, we get the other dance. I don’t know if you guys know what it is, I’m not gonna spoil it, but it’s joyous,” Bersten teased. “We are gonna go out there and honestly live our best lives because we get the opportunity to go out there and perform again, and that’s what we love. That’s what has got us through this amazing journey.”

He added, “Every single week we can look back and be like, ‘We are proud of this.’ We get one more chance to be proud of ourselves and work really hard for this amazing goal.”