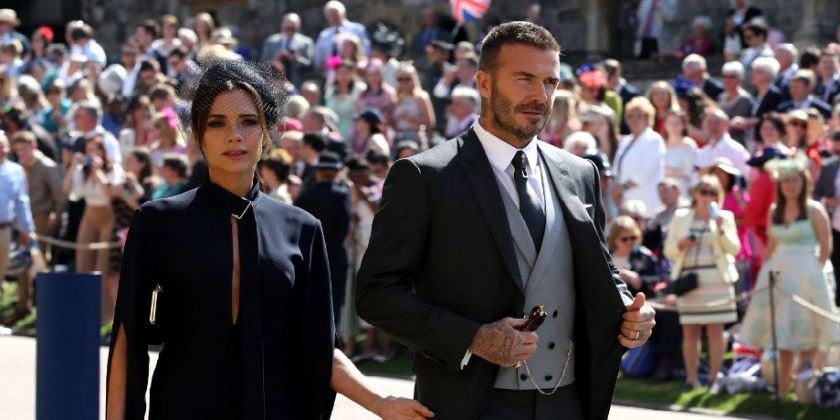 Markle says that the cut doesn’t flatter her figure.

Victoria Beckham was a guest at the royal wedding of Meghan Markle and Prince Harry, and there is seemingly no bad blood between the Duchess of Sussex and the former Spice Girl, but the royal no longer wears Beckham’s brand.

Express is reporting that Meghan Markle thinks Victoria Beckham’s designs are nice, but they aren’t right for her. Duchess Meghan says she has tried to wear some of Beckham’s clothing in the past but says that she doesn’t “have the long torso to support that silhouette.”

Even with a fabulous figure, some designer clothes look better on some people than others. Markle says she’s learning this after gaining access to such beautiful clothing.

“Now what I’m starting to learn is, even though things look amazing on the hanger, it doesn’t mean they’re going to look amazing on me. For example, I love Victoria Beckham dresses, but I don’t have the long torso to support that silhouette.”

Duchess Meghan explains that she got her first real taste of what worked on her body when she played Rachel Zane on the USA Network show Suits.

“I wore a lot of Burberry on Suits, and I wear a lot of Prabal Gurung, because Rachel Zane’s whole aesthetic is someone who comes from money and has a real classic design sensibility.”

Elle confirms that Meghan Markle and Victoria Beckham were fast friends when the newly minted duchess first moved to London. Markle means no disrespect to Beckham when she says she can’t and she won’t wear Beckham’s dresses, but on her body, they are not flattering.

Duchess Meghan gave the world a glimpse into her personal taste by saying that she prefers separates to dresses.

“On a normal day, I love a shift dress with flats and a little cropped jacket.”

She also added that with age and her marriage into the royal family, she now prefers her skirts and dresses longer than she did previously.

“As I’ve gotten older, I like longer dresses, but my legs come up to my ears and I’m not very tall, so when I wear a short skirt I’ve got to be really conscious.”

A source for the Duchess of Sussex says that she still reaches out to Victoria Beckham for style and fashion advice.

“Meghan really likes Victoria’s style and was keen to pick her brains about pulling together a working wardrobe. She loves Victoria’s elegant but smart dresses, so expect her to wear one very soon.”