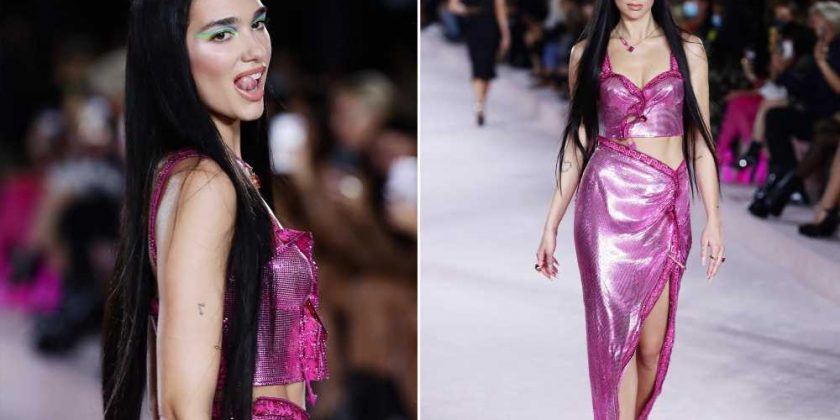 Best star snaps of the week; Billie Eilish is a ‘Happy’ hottie and more

Dua Lipa made her runway debut during Milan Fashion Week on Friday, strutting her stuff in a pink metal mesh two-piece look for Versace.

Joining the “New Rules” singer, 26, were Gigi Hadid and Irina Shayk — both seasoned models who have already appeared on multiple runways this season — along with Emily Ratajkowski, Stella Maxwell and Naomi Campbell.

And there were plenty of stars in Versace’s front row as well, including Addison Rae, Bella Thorne and fiancé Benjamin Mascolo, singer Becky G and more.

Though this marks Lipa’s first time walking in fashion show, she is a longtime Versace muse who often dons the brand’s designs on red carpets and on stage — including at the 2021 Grammys, where she arrived in a sheer bedazzled gown adorned with a butterfly.

Post-show, Lipa partied in another Versace look, this time a metal mesh mini nearly identical to one worn by Christina Aguilera at the 2000 Grammys.