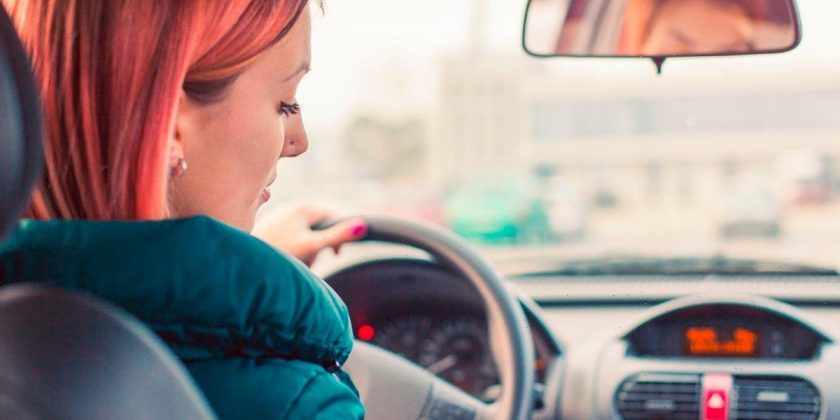 Drivers will be banned from scrolling through playlists on their phones as part of a government crackdown on road safety.

The Department for Transport announced it's planning to strengthen laws from next year for phone usage behind the wheel.

Under current UK laws, motorists are banned from texting a call (other than in an emergency) while using a handheld device.

Now from next year, Brits will not be allowed to take photos or videos, scroll through playlists or play on their phones while driving.

And anyone caught breaking the law could face a £200 fixed penalty notice and six points on their licence.

Drivers can still use devices such as sat navs and phones using satellite navigation, if they're secured in a cradle.

Motorists must take responsibility for their driving and can be prosecuted if the police find them not in proper control of their car.

Transport Secretary Grant Shapps said: "By making it easier to prosecute people illegally using their phone at the wheel, we are ensuring the law is brought into the 21st Century while further protecting all road users.

"While our roads remain among the safest in the world, we will continue working tirelessly to make them safer, including through our award-winning THINK! campaign, which challenges social norms among high-risk drivers."

The crackdown comes after a public consultation found 81% of respondents supported proposals to strengthen the law.

Also the Highway Code will be revised to make it clear that being stationary in traffic counts as driving.

President of the AA Edmund King said: "By making mobile phone use as socially unacceptable as drink-driving, we are taking big steps to make our roads safer. For years, the AA has campaigned hard and helped educate drivers to the dangers from bad mobile phone use."

He added: "To help ensure drivers get the message, we also need more cops in cars to help catch and deter those still tempted to pick up."

RAC road safety spokesman Simon Williams said: "As our phones have become more sophisticated, the law has not kept pace and this has allowed some drivers who have been using their handheld phones for purposes other than communicating to exploit a loophole and avoid the maximum penalty.

"While today's announcement is clearly good news, it's absolutely vital that the new law is vigorously enforced otherwise there's a risk that it won't deliver the sort of behaviour change that will make our roads safer."