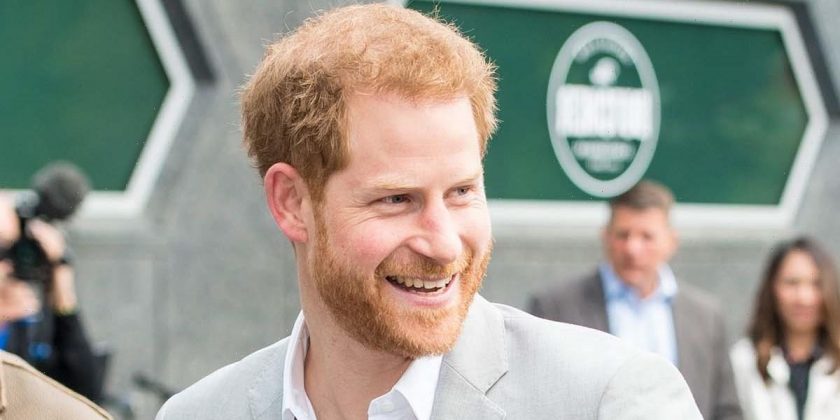 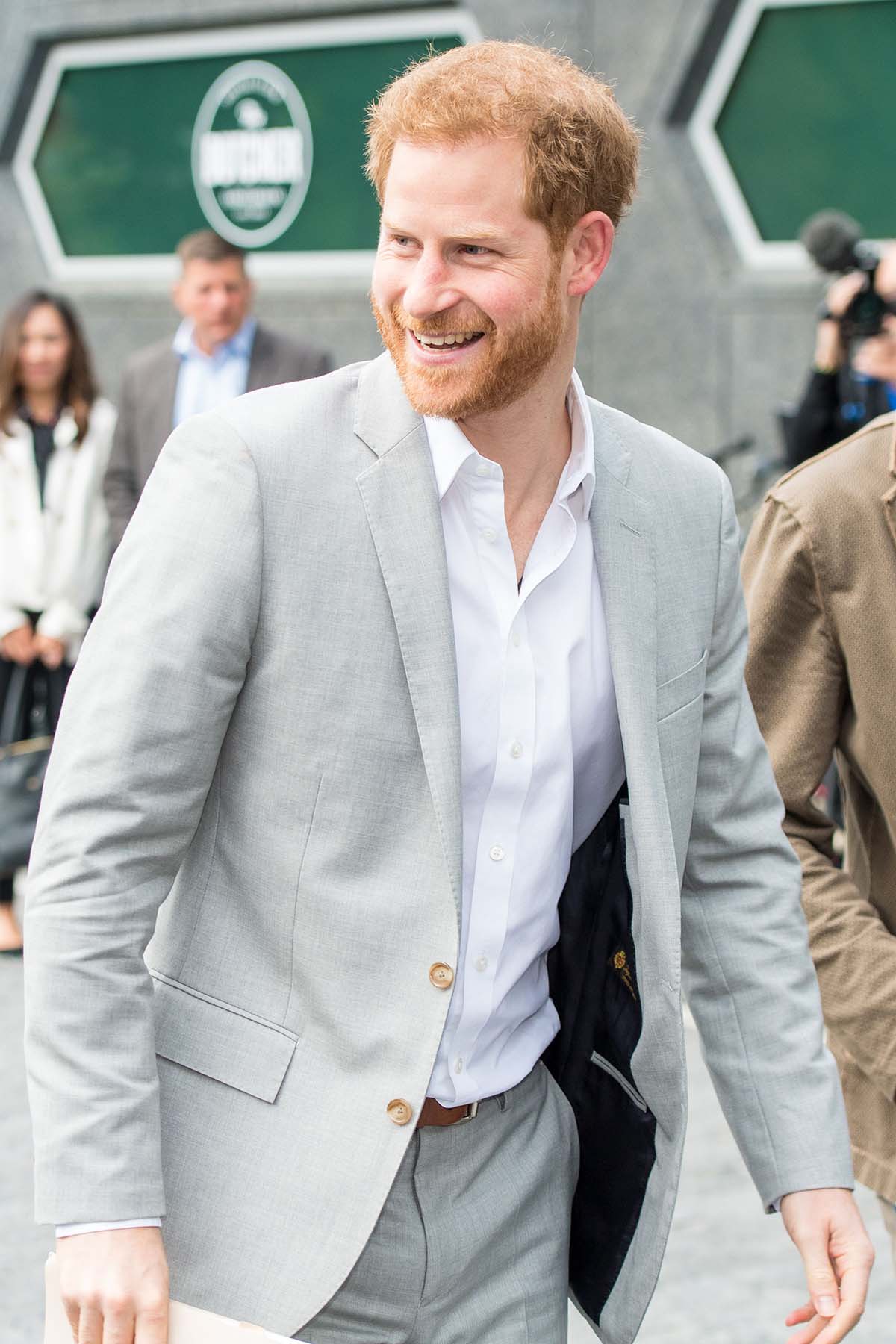 Keeping himself grounded. Prince Harry can already see where his royal genes might lead him — even if it’s not to the throne.

The 37-year-old Duke of Sussex bonded with athletes participating at the 2022 Invictus Games, which kicked off in the Netherlands on Saturday, April 16. While filming a segment for a Dutch TV show at The Hague, Harry teased one competitor who was getting makeup applied to his forehead before going on camera.

“You’ve got a lot more to be done there,” the former military pilot quipped, to which the athlete replied that it “won’t take a long time” until he has no hair left on his head. 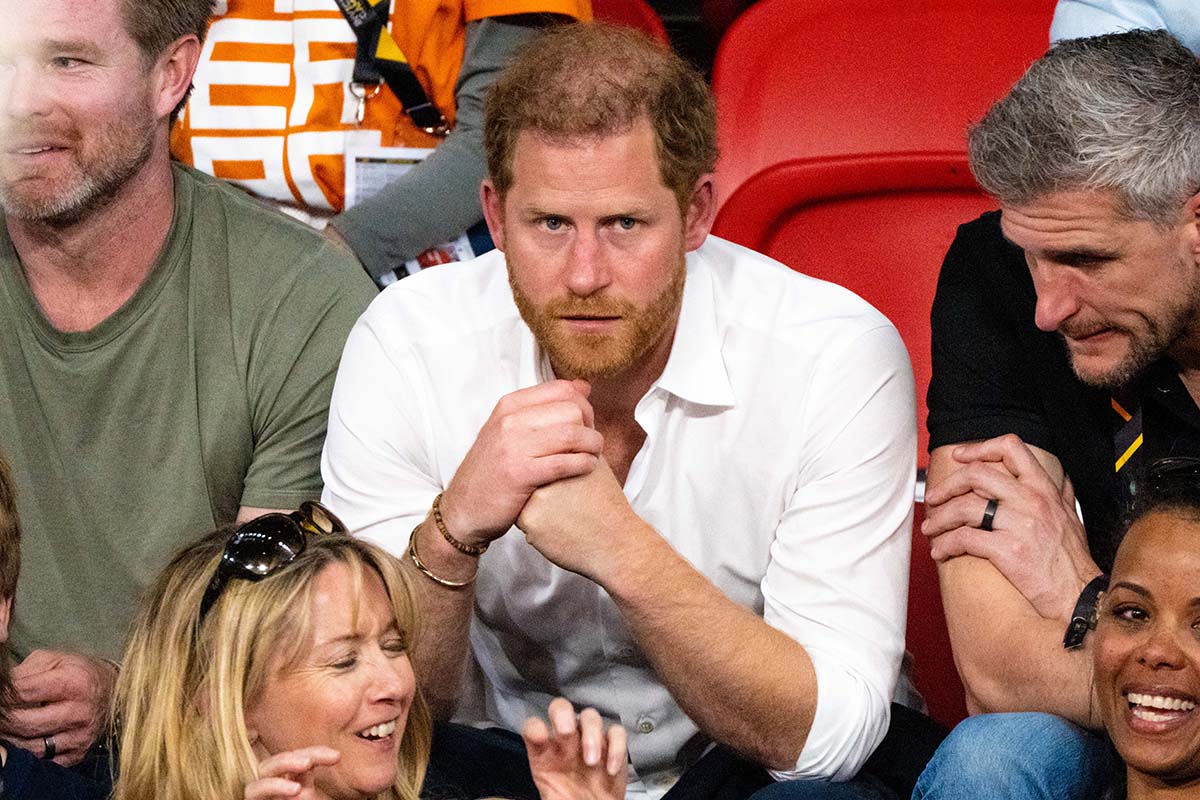 Harry got honest about his own hairline, joking, “But you’re slower than me. I’m already — I’m doomed.”

A second man chimed in, “We have the same barber, I guess,” as the prince let out a laugh.

The London native arrived at the sporting event, which launched in 2014, on Saturday after making a brief pit stop in his native country with wife Meghan Markle. Us Weekly confirmed last week that the couple, who tied the knot in 2018, paid a visit to Queen Elizabeth II at Windsor Castle on their way to Europe. The meeting marked the first time that the Bench author, 40, returned to the U.K. since the pair’s final engagement as senior royals in March 2020.

“Both Meghan and I had tea with her. It was really nice to catch up with her,” Harry gushed of his grandmother, 96, during a candid interview with Today‘s Hoda Kotb on Wednesday, April 20. “We have a really special relationship. We talk about things that she can’t talk about with anybody else.”

The Archewell cofounders announced their plans to step back from their senior duties in January 2020, moving to California later that year. In February 2021, Buckingham Palace declared that Harry and Meghan’s exit would be made permanent. As they continue to adjust to life outside of the royal spotlight, Harry and the Suits alum — along with son Archie, 2, and daughter Lilibet, 10 months — have settled into their new community on the West Coast.

“Home for me now is, for the time being, is in the States and it feels that way, as well,” the BetterUp CIO said on Wednesday, joking that he was “sure” his preference for his California lifestyle would “become a thing” across the pond.

After a brief stint in Los Angeles, the Sussexes moved to the quieter Montecito neighborhood in Santa Barbara. During a 2021 appearance on The Late Late Show With James Corden, Rob Lowe claimed that he spotted Harry driving around the local area — and said he had a “scoop” about the royal’s new ‘do.

“I’m just saying, it looked to me as a casual observer that his hair had grown very long and was pulled back very tightly by what I can only assume was a ponytail,” the Parks and Recreation alum, 58, teased, adding that the interaction was “very, very quick.”

James Corden was skeptical. “I’m certain that isn’t true,” the late-night host, 43, told Lowe. “Do you know what I think happened? I think you didn’t see Prince Harry.”