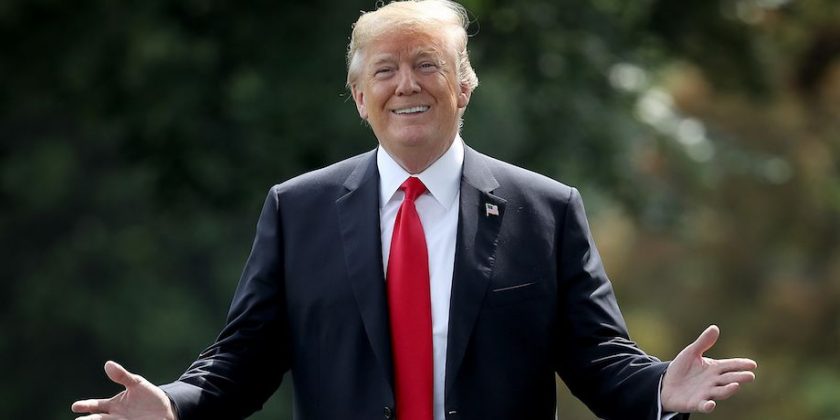 During his first year in office, Donald Trump made an astonishing 1,989 false claims in his public statements, an average of just over five per day. But according to figures from the Washington Post fact checking database, Trump blew the records he set in his first year out of the water with a relentless barrage of lies, exaggerations, falsehoods, and fudging that more than tripled 2017’s numbers.

In 2018, according to the Post Fact Checker Database, Trump made nearly 6,000 more false statements, averaging 15 per day, about a range of topics ranging from such familiar and often-repeated targets as Hillary Clinton, to exaggerations about the strength of the economy, to bogus claims about such relatively technical issues as aviation safety and the steel industry.

Trump’s seemingly endless fountain of falsity appears to be having an effect on the American public’s perceptions of him. A Quinnipiac University poll released in November found 58 percent of Americans believed that Trump is “not honest.”

And a poll taken by the Washington Post showed that fewer than three of every 10 Americans — including fewer than four of every 10 Republicans — believed Trump’s false claims about such key issues as massive voter fraud in the 2016 election, Democrats’ support of “open borders” (they do not support “open borders”), and plans by U.S. Steel to build six new steel plants in the United States (the company has no such plans).

As Washington Post fact checker Glenn Kessler pointed out, Trump opened 2018 by claiming on Twitter that due to his policies, American commercial aviation had “the best and safest year on record!” But there has not been a commercial aviation accident for a U.S. airliner since 2009.

Trump wound down the year by telling a flat-out lie to U.S. troops stationed in Iraq. During an unannounced visit to the troops on Christmas night, Trump told the service members they were getting raises, according to CNN.

Trump also told the troops that he had authorized a “10 percent” pay hike for them. But Defense Department numbers show a 2.4 percent increase in 2018.

Trump also frequently lied about his 2016 election opponent Hillary Clinton, frequently claiming, among other falsehoods, that Clinton “colluded” with Russia during the election campaign, according to the Washington Post.