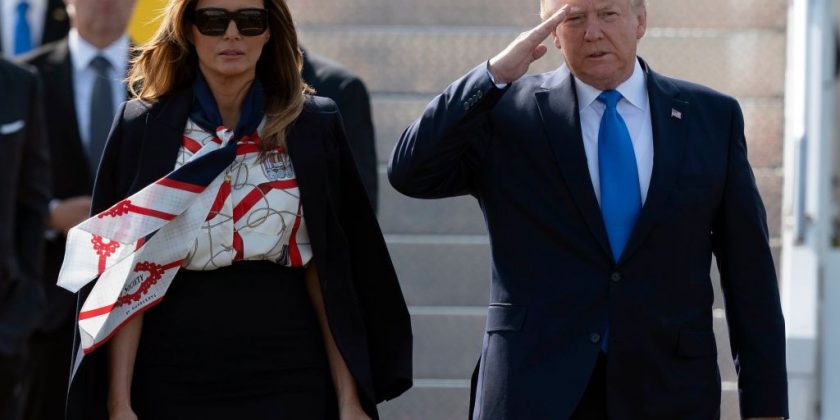 Donald Trump has landed in the UK for his official state visit and as well as slamming the Mayor of London, he has renewed his attacks on CNN and owner AT&T.

Trum seemingly took aim at the news network, after making it to London and landing at Winfield House, the U.S. Ambassador’s Residence in Regent’s Park. Unfortunately for Trump, Fox News stopped broadcasting in the UK in August 2017.

“Just arrived in the United Kingdom. The only problem is that @CNN is the primary source of news available from the U.S. After watching it for a short while, I turned it off. All negative & so much Fake News, very bad for U.S. Big ratings drop. Why doesn’t owner @ATT do something?,” he tweeted.

“I believe that if people stoped [stet] using or subscribing to @ATT, they would be forced to make big changes at @CNN, which is dying in the ratings anyway. It is so unfair with such bad, Fake News! Why wouldn’t they act. When the World watches @CNN, it gets a false picture of USA. Sad!,” he added.

The President of the USA has been glued to his phone since arriving in the British capital. Moments before landing in the country, Trump reignited his fued with London Mayor Sadiq Khan, calling him a “stone cold loser”. “Sadiq Khan, who by all accounts has done a terrible job as Mayor of London, has been foolishly “nasty” to the visiting President of the United States, by far the most important ally of the United Kingdom. He is a stone cold loser who should focus on crime in London, not me,” he wrote. “Kahn [stet] reminds me very much of our very dumb and incompetent Mayor of NYC, de Blasio, who has also done a terrible job – only half his height. In any event, I look forward to being a great friend to the United Kingdom, and am looking very much forward to my visit. Landing now!”

Trump, who managed to spell the Mayor’s name incorrectly in his tweet, made the comments after Khan said that the UK was wrong “to roll out the red carpet” to Trump. Khan’s spokesman replied, “Sadiq is representing the progressive values of London and our country, warning that Donald Trump is the most egregious example of a growing far-right threat around the globe, which is putting at risk the basic values that have defined our liberal democracies for more than 70 years.”

Trump is set to meet The Queen and the Royal Family later today as part of the state visit.