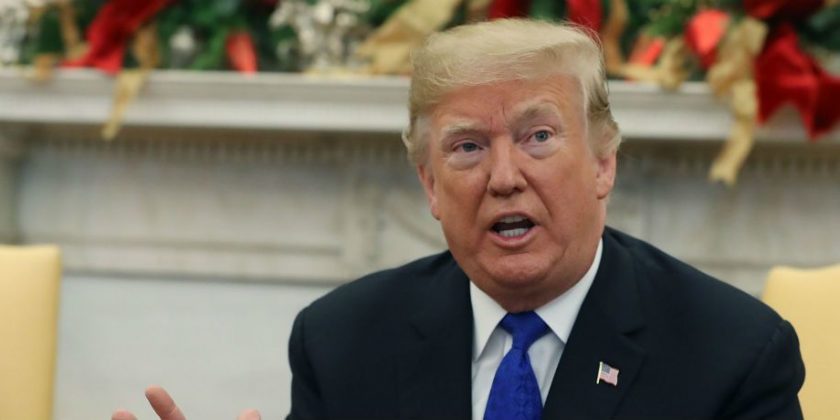 The group EnviroBuild bought the naming rights for the creature in an auction for $25,000.

President Donald Trump has a long list of things that bear his name, from hotels to presidential administrations, and now he is able to add animals to the group.

As reported by The Guardian, a newly discovered blind and burrowing creature has been officially given the name Dermophis donaldtrumpi, chosen by the head of the company EnviroBuild, a sustainable building materials company.

The business bought the name rights for the creature at an auction sponsored by Rainforest Trust, paying $25,000 to give it its new presidential name that was inspired by Trump’s consistent denial of climate change.

“Capable of seeing the world only in black and white, Donald Trump has claimed that climate change is a hoax by the Chinese,” EnviroBuild’s co-founder Aidan Bell wrote in a statement on the company’s website on Tuesday, December 18, referencing the caecilian creature’s lack of eyesight.

President Trump has denounced the concept of climate change for years, even before taking over the presidency, and has frequently taken to his favorite social media platform of Twitter to dispute the idea.

Bell also touched on the capability of the dermophis genus to grow an extra layer of skin that their young later peel off and eat, comparing the method, known as dermatrophy, to President Trump granting his children positions within the Oval Office to ensure their “survival in life.”

The newly discovered creature tends to spend a majority of its life underground, another characteristic that Bell found it shares with the president.

“Burrowing its head underground helps Donald Trump when avoiding scientific consensus on anthropomorphic climate change and also appointed several energy lobbyist to the Environmental Agency, where their job is to regulate the industry,” Bell explained.

As previously reported by the Inquisitr, President Trump recently announced he would be nominating former coal lobbyist Andrew Wheeler to take over as the next administrator for the Environmental Protection Agency.

Dermophis donaldtrumpi is an amphibian, meaning, Bell pointed out, it is incredibly susceptible to the impacts of climate change, putting it at great risk for extinction as a “direct result” of the climate policies enacted by its namesake.

Bell noted that his company is not “overtly political,” but finds it important that humans should do their best to leave the planet in a better state than how it was when they entered the world.

Dermophis donaldtrumpi is not the first creature to draw comparisons to the president, The Guardian noted, citing a poisonous furry caterpillar and a golden-plumed pheasant that has been found similar to his iconic hair style. Another creature was also given a Trump-inspired name — a yellow-crowned moth discovered in 2017 dubbed Neopalpa donaldtrumpi.