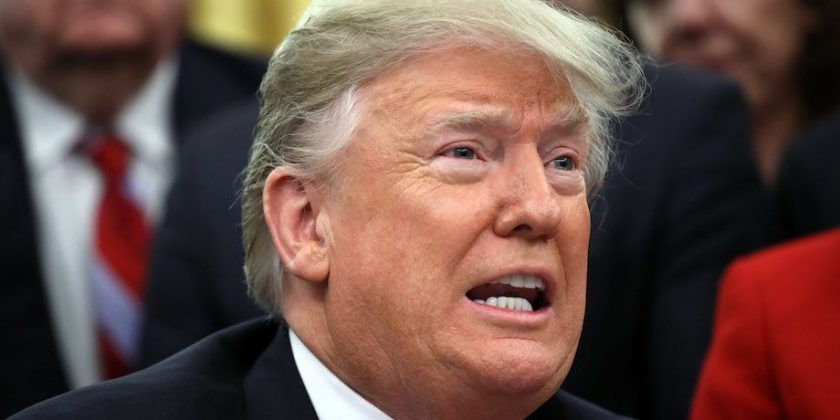 After Defense Secretary James Mttis resigned in protest of Donald Trump’s treatment of United States allies, and other differences such as Trump’s suede announcement that he would order all U.S. troops out of Syria as Politico reported, a retired four-star Army General has branded Trump “a rogue president,” and warned that congress must now provide increased oversight to keep Trump from creating new crises, according to a report by the media monitoring site MediaIte.

McCaffrey spoke in an interview with MSNBC anchor Nicole Wallace on Friday, describing Trump as unfit for the Oval Office, and “relying on his daughter and his son-in-law, both with no experience in national security or foreign policy,” he said, making reference to Ivanka Trump and her husband Jared Kushner, both of who serve as White House advisers.

McCaffrey also described Trump as operating “a rogue presidency” in a Washington Post report on Saturday — a report that also said that Trump “is surrounding himself with ‘yes’ men and women — at least relative to Mattis and other former military generals who tried to keep him at bay — who see their jobs as executing his vision, even when they disagree.”

“We’re in a bizarre situation. The world turned upside down,” McCaffrey told Wallace, quoted by MediaIte. “Congress [will] have to fulfill their constitutional responsibilities and step in and provide oversight over what increasingly, to be blunt, looks like a rogue presidency acting outside the bounds of American values.”

Though Mattis in his resignation letter said that he would remain in his post at the Pentagon until February 28, which would allow Trump to select a replacement who could be confirmed by the Senate, and allow time for an orderly transition process. But on Sunday, Trump announced via Twitter that he would disregard those considerations and force Mattis out on January 1.

“Aides said that the president was furious that Mr. Mattis’s resignation letter — in which he rebuked the president’s rejection of international allies and his failure to check authoritarian governments — had led to days of negative news coverage,” The New York Times reported.

As Inquisitr reported on Saturday, Trump is said to be verbally lashing out at aides, slamming them as “f*****g idiots” due to the negative news coverage.