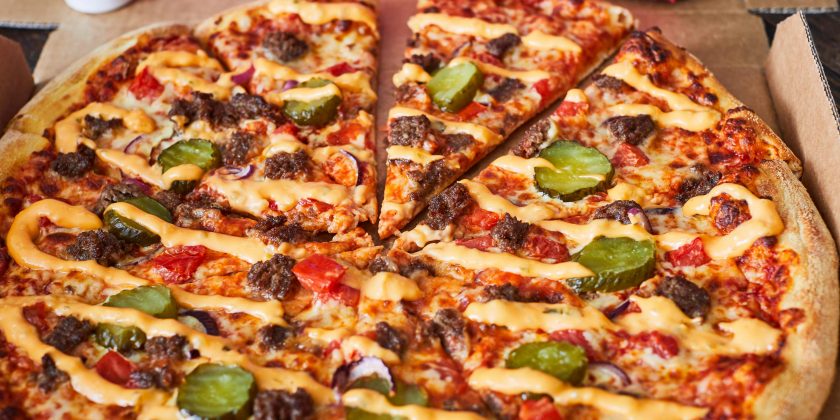 The new pizza is topped with everything you would expect to find in a burger, including gherkins, chopped onions, beef and even lashings of burger sauce. 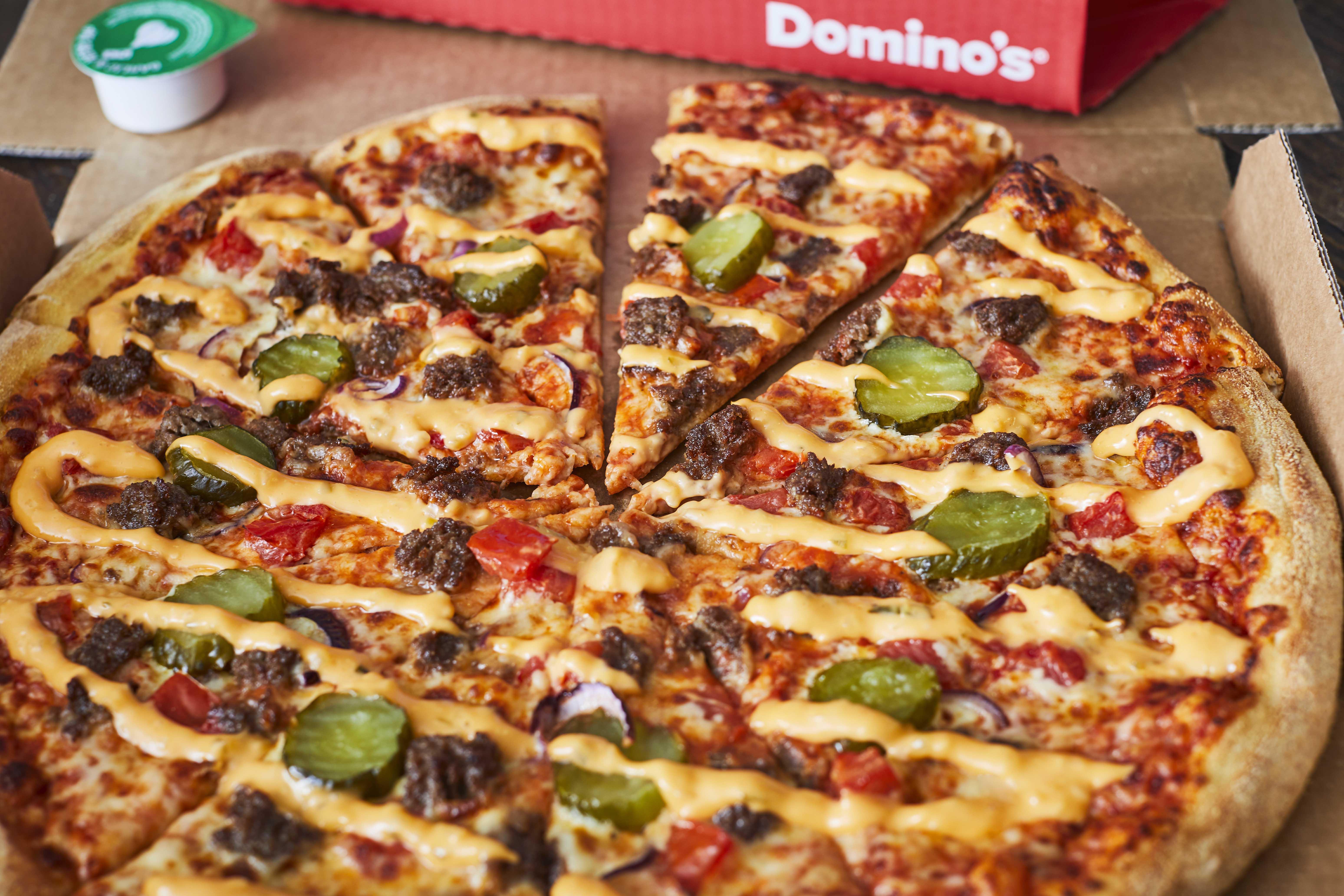 It's definitely not an authentic Italian pizza, but the Frankenstein-like hybrid meal – which is available from today – could be perfect for people who can't decide if they want a burger or a pizza as a takeaway.

But the drizzle of creamy burger sauce on top may put some people off.

As well as two portions of ground beef – which is the type of minced that beef burgers are made from – the pizza is also topped with slices of tomato and mozzarella cheese on a base of Domino's "vine-ripened tomato" sauce. 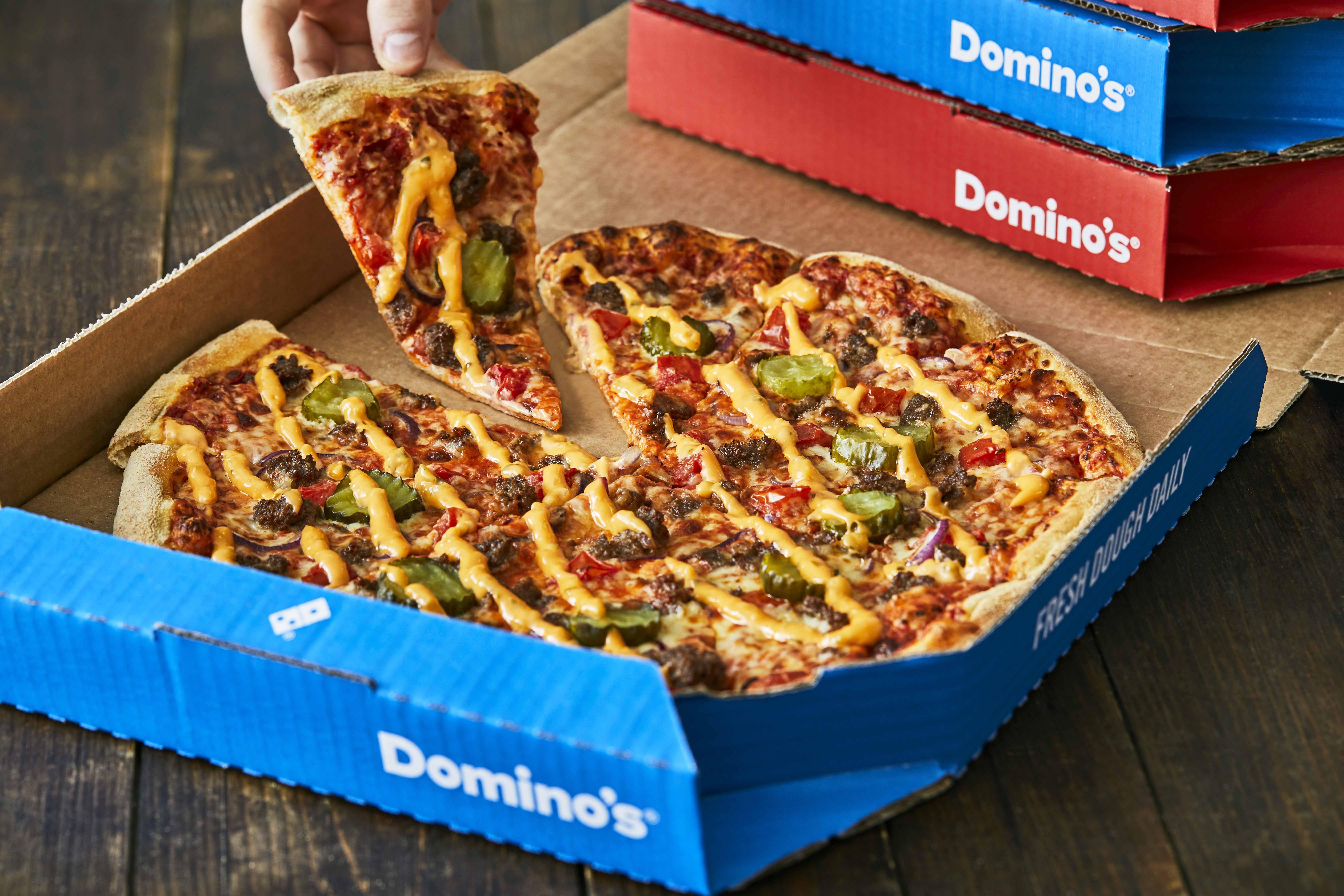 But it will be included in Domino's many special offer deals, such as Two for Tuesday which lets you buy two medium or large pizzas for the price of one.

Make sure you check out the deals section of the Domino's website before ordering to make sure you have bagged the best deal that could slash your bill in half.

The pizza is certainly an indulgent treat and isn't something you should eat everyday as each large slice contains 211 calories – which adds up to 1,688 in a whole large pizza.

The pizza will be available from all 1,042 Domino's stores.

You can find your nearest branch using the chain's online store finder.

Domino's spokesman Ian Straughan said: "Pizza is the most popular food in the world, and the cheeseburger isn’t far behind so this is clearly a match made in heaven."

An investigation by Shop Smart, Save Money on Channel 5 found that Domino's gives customers the most pepperoni pieces per slice of pizza alongside Papa John's.

Meanwhile Papa John's has just launched a pizza topped with OSTRICH meat – would you try it?