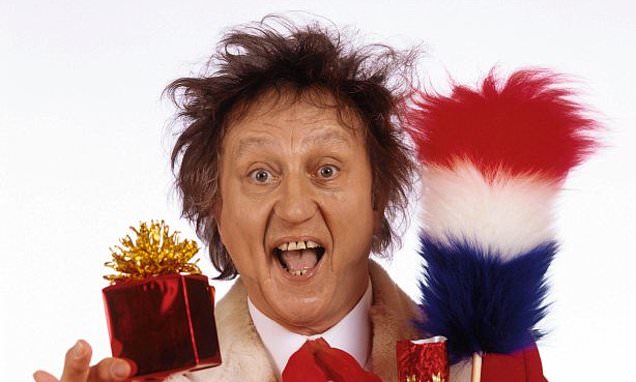 DOMINIC LAWSON: Yes, Ken Dodd did diddle £11million – but we still admire his last laugh on the taxman

Here’s the news: a very wealthy man changes his marital status two days before his death — and, as a result, manages to avoid £11 million of inheritance tax which would otherwise have been available to fund public services.

You might think this crafty fellow would (posthumously) now be vilified. If so, you would be wrong.

For the man in question is Sir Ken Dodd, and it was he who married his partner of 40 years, 77-year-old Anne Jones, in March last year when he was 90 and on his deathbed.

This we knew: what is new is that probate on his estate has now been granted and his will made public — and at £27.5m, his fortune was much bigger than anyone (except perhaps Sir Ken) had imagined. 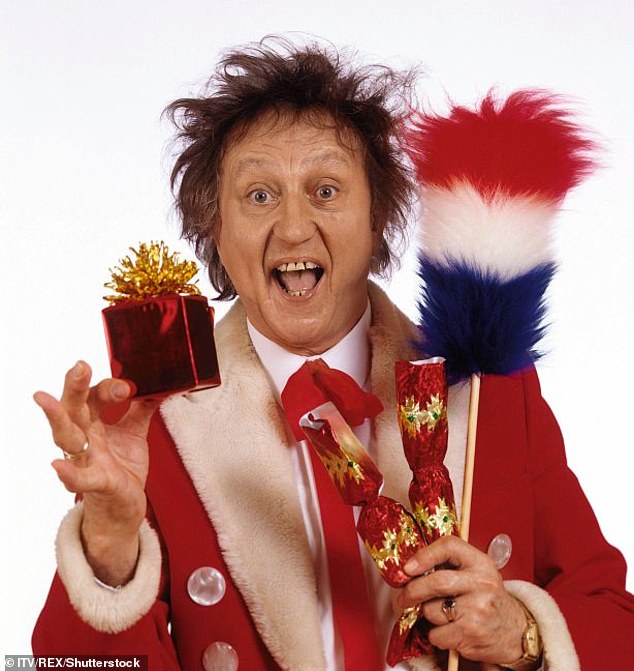 A wealthy man changes his marital status two days before his death — and, as a result, manages to avoid £11 million of inheritance tax

Anyway, the couple’s last-minute marriage has snatched 40 per cent of that sum from the clutches of the Revenue, as inheritance tax is not payable on money and property transferred to a surviving spouse.

And to judge from comments I have read in online forums, there is universal approbation for Dodd’s last laugh on the taxman.

Indeed, his aversion to paying taxes was the source of many of the jokes which made him such a popular figure. This stemmed from his trial for tax evasion 30 years ago.

The prosecution had seemed cut and dried. It revealed how the comedian had made ‘cash and carry’ flights to the Isle of Man and Jersey to deposit his earnings in 20 different accounts.

After the trial, Dodd paid back the money owed in taxes, along with a penalty — but he had been acquitted by the jury, who clearly sympathised with him more than they did with the State.

Doubtless this was because he had entertained them so royally during the weeks the case dragged out.

Thus, when asked by the judge what it felt like to carry the hundreds of thousands of pounds of cash found in suitcases in the attic of his house, Dodd replied: ‘The notes are very light, M’Lord.’

There was also a memorable encounter when the prosecuting barrister confronted the comedian with an apparently damning affidavit from an accountant.

‘But, Sir, the man is dead,’ Dodd appealed to the court.

The prosecutor hit back: ‘What matters is his evidence. Whether he’s alive or dead is entirely irrelevant.’

Dodd reduced the court to uncontrollable laughter with his instant retort: ‘It’s very relevant to him, Sir.’

For the rest of his career, Dodd made his tribulations with the Inland Revenue, and his own now notorious miserliness, a staple of his stage act. 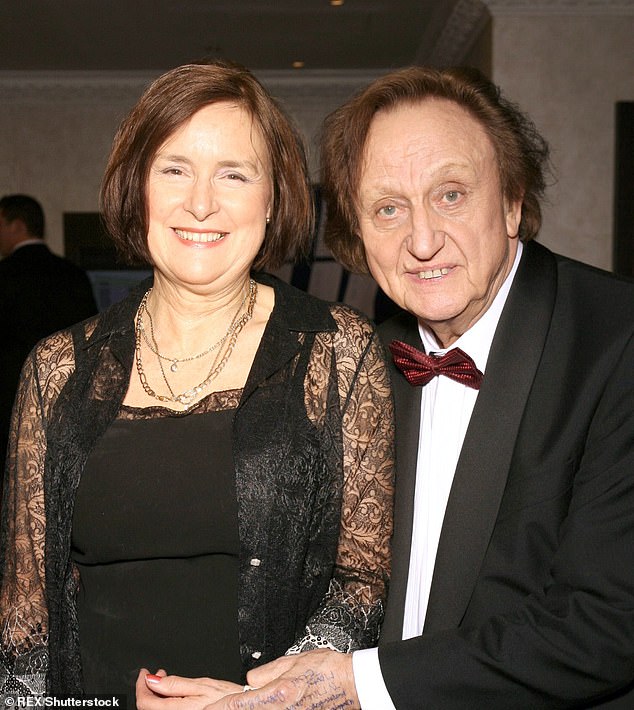 The man in question is Sir Ken Dodd, and it was he who married his partner of 40 years, 77-year-old Anne Jones, in March last year

For example: ‘I thought it would be a good idea to go into politics. Maybe I am a little old, but you know, I’d love to be Chancellor of the Exchequer. That way I’ll be reunited with my money.’

And, referring to the Inland Revenue and ‘income tax self-assessment’: ‘They stole that idea from me.’

This gag hits home with all those who have to fill in their own self-assessment forms. We freelancers have a more vivid sense of the proportion of our earnings that we forgo in tax, since we write the cheques ourselves, having (perhaps with the help of an accountant) worked out exactly how much of the money in our bank account is not for our family to enjoy after all. PAYE is painless by comparison.

It is, of course, morally as well as legally imperative to pay our due taxes. The more people who behaved like Ken Dodd, the more the burden would increase on honest taxpayers.

But despite what Jeremy Corbyn and the Left would have you believe, the well-to-do in the UK are not shirkers when it comes to funding the welfare state. Far from it.

The tax burden in the UK, as a percentage of GDP, is at its highest level in more than 30 years. The top one per cent of earners now pay 28 per cent of all income tax — a third higher than the proportion they paid at the turn of the century.

And the top 10 per cent of earners are paying nearly twice as much in real terms towards the country’s tax take as the wealthiest 10 per cent did in the 1970s.

There is a lesson in this. The Thatcher government’s abolition of punitive rates of tax on the highest earners had the effect of boosting the income the State collected — because of the policy’s beneficial impact on the economy as a whole, not least in ending what was known as ‘the brain drain’.

We are constantly being told that people would ‘be happy to pay more in tax to fund public services’. Real-world evidence suggests otherwise.

A year ago, the Financial Times revealed that since 2000, only 200 people had made bequests to the Inland Revenue (above what they were required to pay).

The bequests totalled £8.3m. That piddling sum compares with the roughly £10 billion which Britons give — every year — to their chosen charities.

An entertaining insight into this was provided by a recent BBC documentary which asked passers-by to say if they would be prepared to ‘pay more in taxes to fund public services’.

To those who said ‘yes’, the reporter handed a form on which the allegedly willing volunteers could indicate how much more they would pay, with room for their signature, and which would then be passed to HMRC.

Not one of them would do so. No wonder the public is with Ken Dodd.

Corbyn’s simply too dim to be PM

How dim is Jeremy Corbyn? Shatteringly so, judging from Tom Bower’s biography of the Labour leader, extracts of which were published in yesterday’s Mail on Sunday.

Admittedly, it was already public knowledge that Corbyn, despite coming from an intelligent, middle-class home, managed only two bottom grade Es at A-level (failing a third) and then flunked out of North London Polytechnic.

But Bower goes on to reveal — based on the accounts of Corbyn’s first wife and former associates — that our would-be PM seems not to have read a single book since abandoning his education.

Not even ones on socialism, handed to him by well-meaning comrades attempting to instil some rigour, but returned still in their wrapping.

I wonder what the great Labour figures of my youth would have thought of being led by such a wilfully ignorant man. 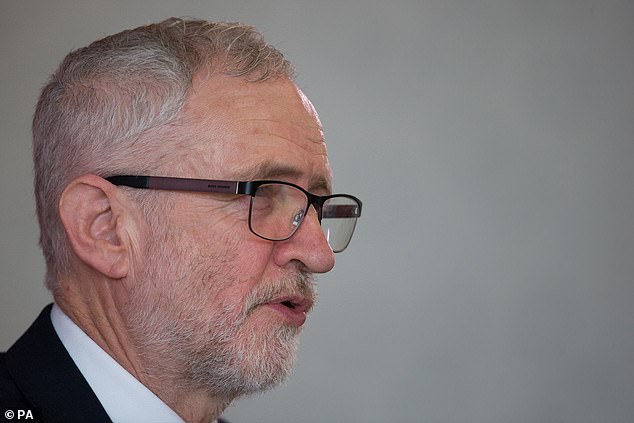 How dim is Jeremy Corbyn? Shatteringly so, judging from Tom Bower’s biography of the Labour leader, extracts of which were published in yesterday’s Mail on Sunday

All of these — most of them via grammar schools — won first class honours from Oxford University. The first three all became dons there before entering politics.

Wilson’s academic record, according to one historian, ‘put him among prime ministers in the category of Peel, Gladstone and Asquith’, yet the Yorkshireman was perfectly at home in the rough and tumble of doorstep debate.

Of these Labour MPs, only Healey had been a Communist, but he left the party in 1940.

And all of them modified the socialism of their youth. They had the intellectual capacity to absorb the lessons of history — that any version of Marxism leads to immiseration and oppression.

Yet Corbyn still stands by the Venezuelan regime of Nicolas Maduro, even as that nation’s population starve in the name of socialism.

Only an ignorant person could still be a doctrinaire socialist — and it is Corbyn’s ignorance that is most terrifying in a prospective prime minister.

How could such a person begin to cope with the challenges of the most difficult and demanding job in the country?

It would be dreadful to find out.