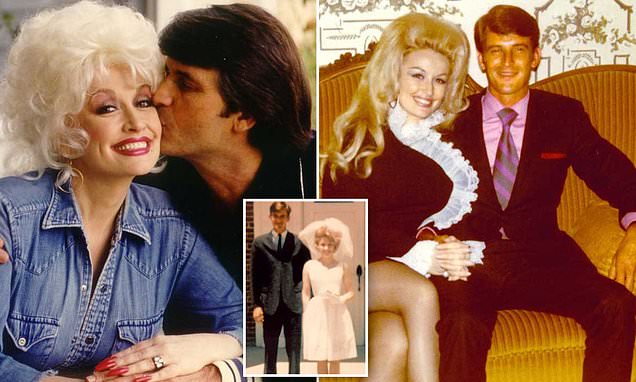 She will always love him! Dolly Parton reveals the key to her 52-year marriage is that her husband DOESN’T ever tag along for her work functions – and their love of low-key dates at McDonald’s

Dolly Parton and her husband will be celebrating 53 years of marriage come May, a major accomplishment for anyone these days — but an even bigger one given her life in the public eye.

Now, the star has shared the secret to their marital bliss with People, dished on date nights, and reflected on their surprise elopement after her record label told her she couldn’t get married. 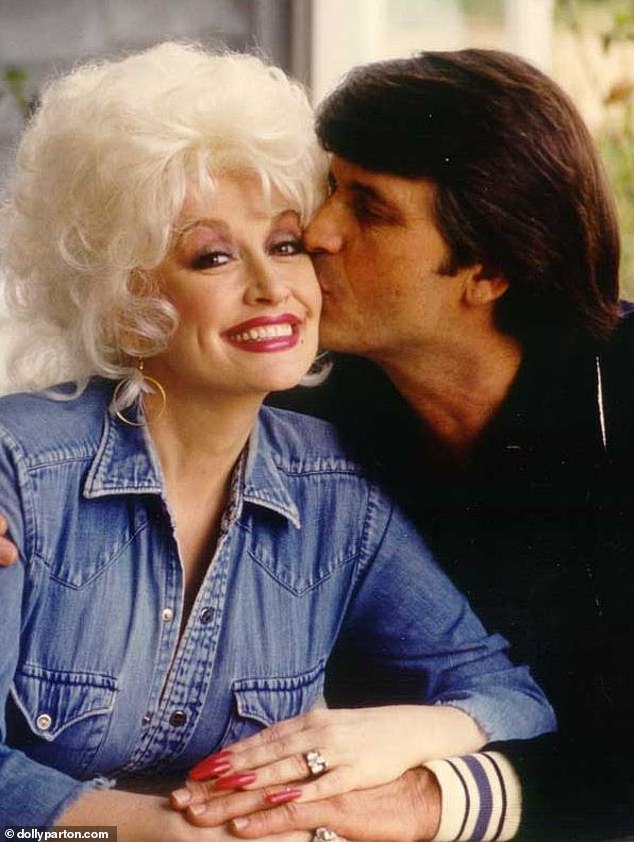 Long-lasting: Dolly Parton revealed one of the secrets to her 52-year marriage to Carl Thomas Dean 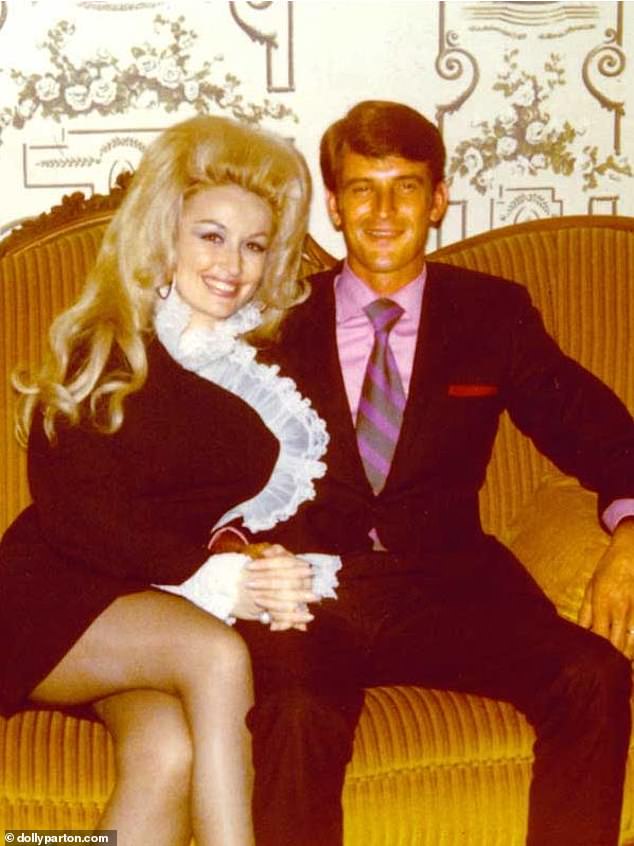 Committed: The 72-year-old met her husband when she was 18 and new to Nashville, and they married just two years later

According to Country Living, it was Dolly’s first day in Nashville when she met Carl while doing her laundry at the Wishy Washy laundromat.

He was 21, and he drove by in a white Chevy pickup truck. He stopped to talk to her, and the rest is history.

They’d wanted to get married sooner, but her record label didn’t want her to say ‘I do’ for the sake of her career and asked her to put it off for a year. She did, and they started planning their nuptials when Dolly got impatient.

‘We’d already sent out invitations and so I thought, “I ain’t waiting!”‘ she told People. ‘We went that same weekend to Ringgold, Georgia in a little church. I had a little white dress and little flowers, and my mom went with me.’

They tied the knot on May 30, 1966. Fifty years later, for their anniversary, they renewed their vows at home in Nashville. This time, they got their over-the-top wedding. 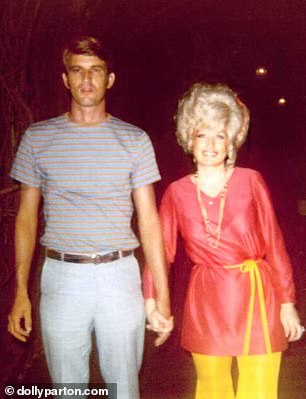 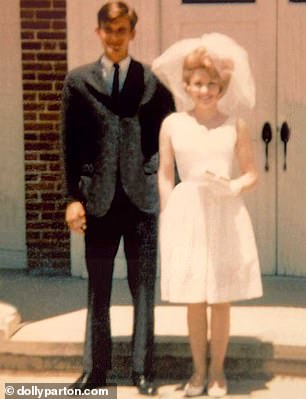 They’d wanted to get married sooner, but her record label didn’t want her to say ‘I do’ for the sake of her career and asked her to put it off for a year. They then eloped 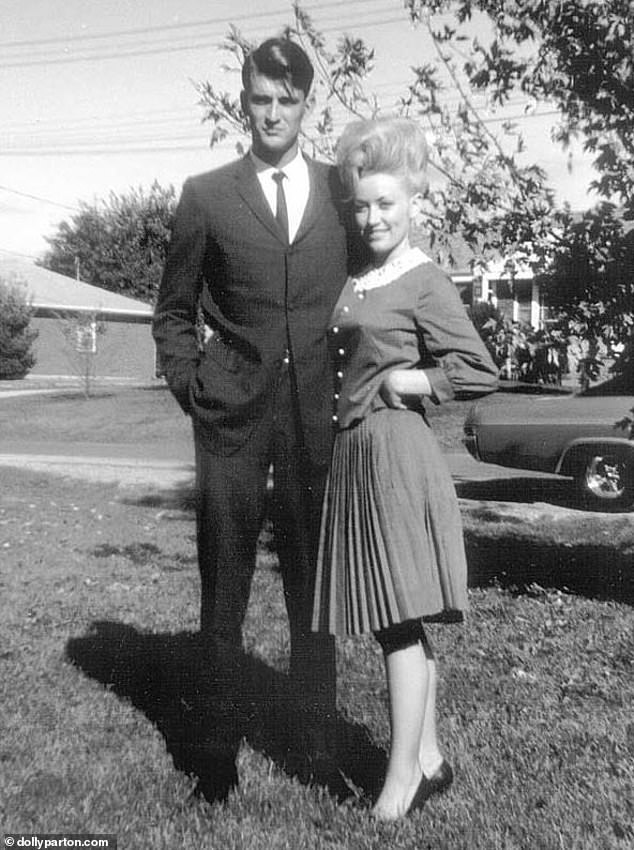 Livin’ it up! For their 50th wedding anniversary, they renewed their vows with a big party

‘I never really felt like I had the wedding that we really wanted,’ she said. ‘He got all dressed up and I got all dressed up. Fifty years is a long time for anything, and I felt that we needed to do something to commemorate this. 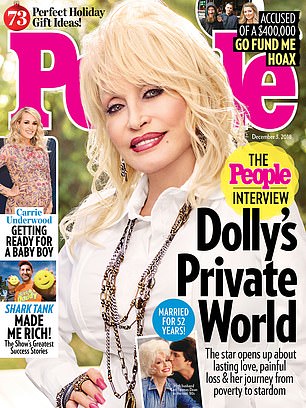 Telling her story: Dolly covers this week’s issue of People

‘It’s been a good 50 years and I don’t know how many more years we’ll have left.’

‘My husband and I have a great relationship. We’ve been together most of our lives,’ she went on, before revealing that one of the secrets to their success is that her husband doesn’t like to appear in public or walk the red carpet.

‘I always joke and laugh when people ask me what’s the key to my long marriage and lasting love. I always say “Stay gone!” and there’s a lot of truth to that. I travel a lot, but we really enjoy each other when we’re together and the little things we do,’ she said.

Their romantic moments aren’t a Hollywood affair, either. Instead of glamorous date nights, they take trips in a ‘little camper,’ go on picnics, and eat at local restaurants. 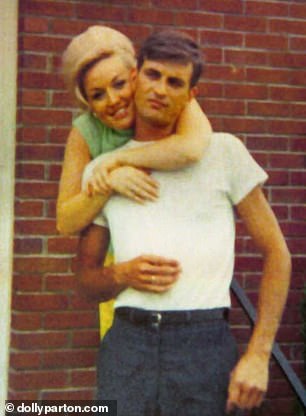 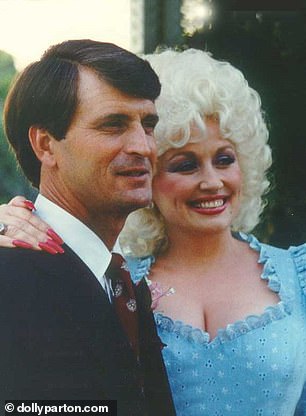 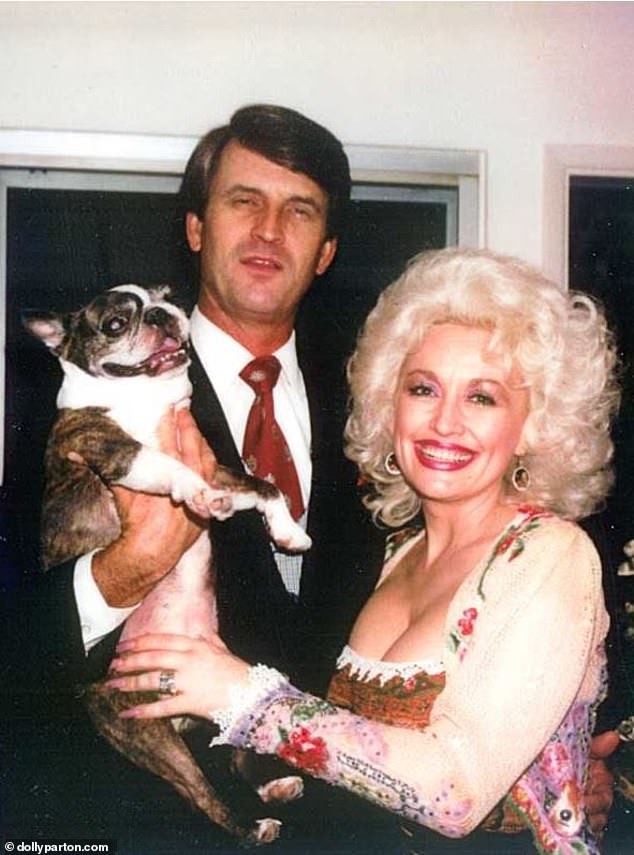 She said: ‘He doesn’t care what I wear as long as I’m happy. He loves me the way I am’

‘When I met my husband, he wanted to take me out to dinner. He pulled up to the drive-in window and got our food at McDonald’s,’ Dolly said. ‘We know a few little places we can go without being bothered. He only likes to go places where he can be comfortable!’

That isn’t to say she’s going out with him and sweatpants and flip-flops, though — she’s still Dolly Parton.

‘He knows I’m always going to kind of be fixed up for him because I don’t believe in going home and being a slouch,’ she said.

But ‘he doesn’t care what I wear as long as I’m happy. He loves me the way I am.’

The pair never had children, and Dolly said that instead she doted on her nieces and  goddaughter Miley Cyrus

‘Now that I’m older, I realize I didn’t have kids of my own, so everybody’s kids could be mine. I [want to] empower children and give them confidence,’ she said.