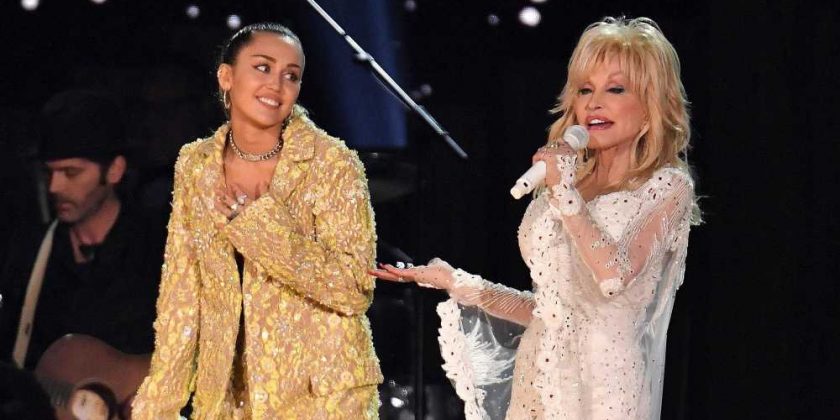 Dolly Parton’s Family Album: Get to Know Her 11 Siblings

“I love that song. Miley is so great. I mean, I just am so proud of her as a singer and songwriter,” Parton, 76, exclusively told Us Weekly on Tuesday, January 17, while promoting her new Duncan Hines baking collection.

The “Islands in the Stream” singer continued: “I don’t know who wrote that, but I have a feeling she had plenty to do with it. It was her story if not her actual writing.” 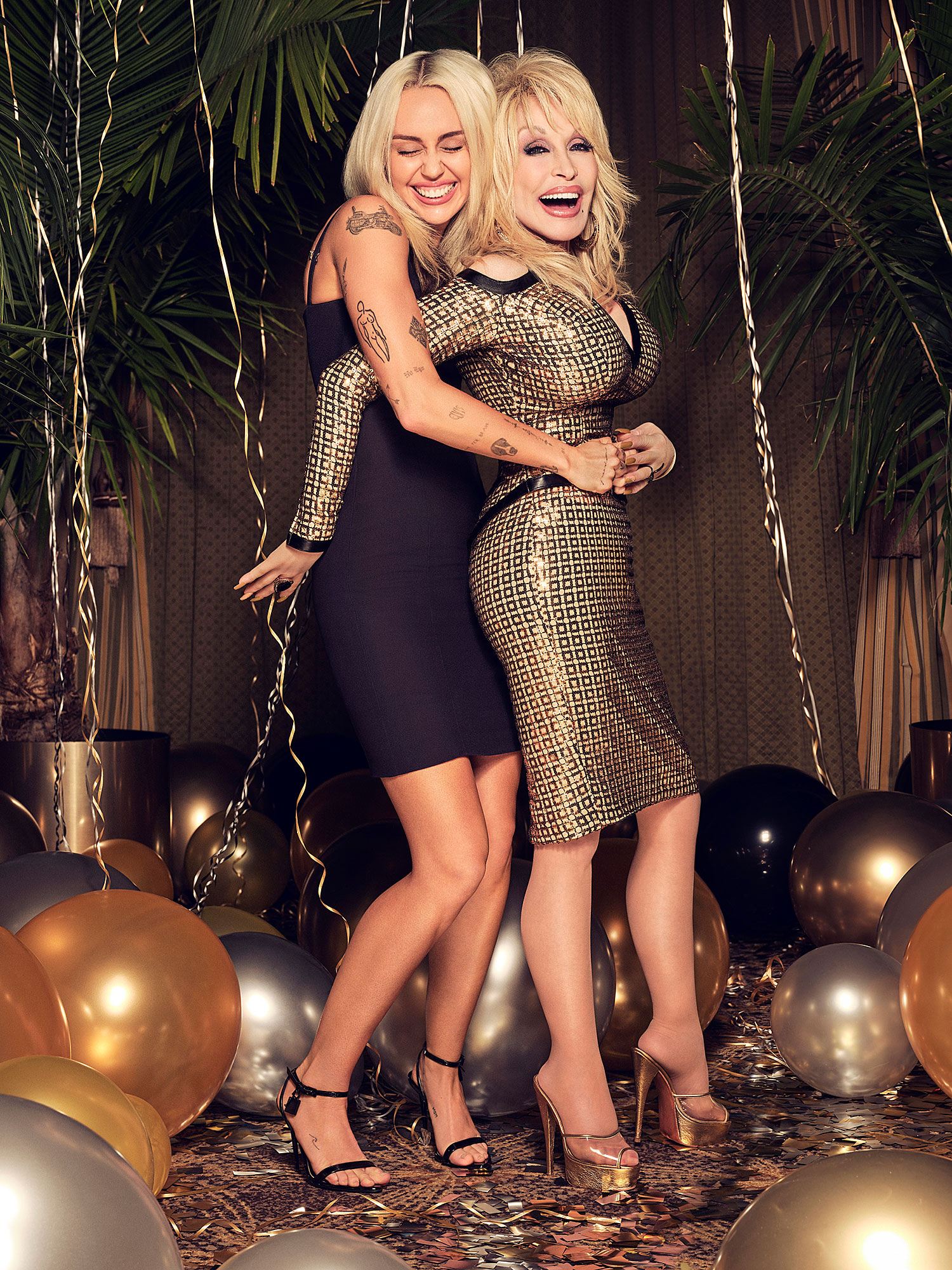 Cyrus, 30, is credited as a songwriter on the track along with Gregory Aldae Hein and Michael Pollack. “Flowers” was released on Friday, January 13, which was also the Hannah Montana alum’s ex-husband Liam Hemsworth’s 33rd birthday. Some fans speculated that the lyrics — which include the lines “I can buy my own flowers” and “I can hold my own hand” — are commentary on Cyrus’ romance with the Hunger Games actor.

“I love that this song is a message of carrying/continuing on beyond Liam by reminding yourself of your worth,” one social media user wrote in the comments section of the music video.

One stanza of the song mentions a couple who “built a home and watched it burn,” seemingly a reference to Cyrus and Hemsworth’s Malibu mansion, which burned down in a November 2018 wildfire one month before they exchanged vows. The exes finalized their divorce in January 2020.

Parton, for her part, said that she and the Plastic Hearts musician are always there for each other — no matter what’s happening in their personal lives.

“We just kinda always kind of share whatever we’re feeling. Miley don’t need any help from me and I’m doing all right on my own. But we do love sharing what we are going through and what’s going on in our lives and what our plans are and that sort of thing. We just talk like goddaughter and godmother,” the country music icon shared.

Miley Cyrus and Liam Hemsworth: A Timeline of Their Relationship

She and Cyrus took the stage together to cohost Miley’s New Year’s Eve Party, ringing in 2023 with duets of “Jolene,” “I Love Rock n’ Roll” and “Wrecking Ball.”

With her 77th birthday approaching — which Parton says is an age she thinks of as “God’s number” — the Tennessee native has no plans of slowing down.

“I don’t think I could retire if I wanted to. Cause I’ve dreamed myself into a corner, as I say. Cause all these wonderful things keep happening and you gotta keep the dream alive,” she explained. “Since I love to work, I always say I’ll just work. ‘I’m gonna make hay while the sun shines,’ is the old saying. So, I’m gonna do that until I can’t do it anymore.”

In addition to consistency in her career, the “I Will Always Love You” songwriter has also enjoyed a stable relationship with husband Carl Thomas Dean, whom she wed in 1966.

“Since we don’t do the same things, we have a lot to talk about,” Parton told Us of Dean, 80, a retired businessman. “Cause I wanna know what’s been going on his world. He enjoys hearing about what’s going on in mine as long as he don’t have to be part of it and be put on the spot with doing any of that. But we get along great. We’ve had a good life. We’re really compatible as people.”

Just like her decades-long love story, the Country Music Hall of Famer also feels that her partnership with Duncan Hines is a natural fit. The new Buttermilk Biscuit Mix and the Sweet Cornbread & Muffin Mix both pay homage to Parton’s southern roots. 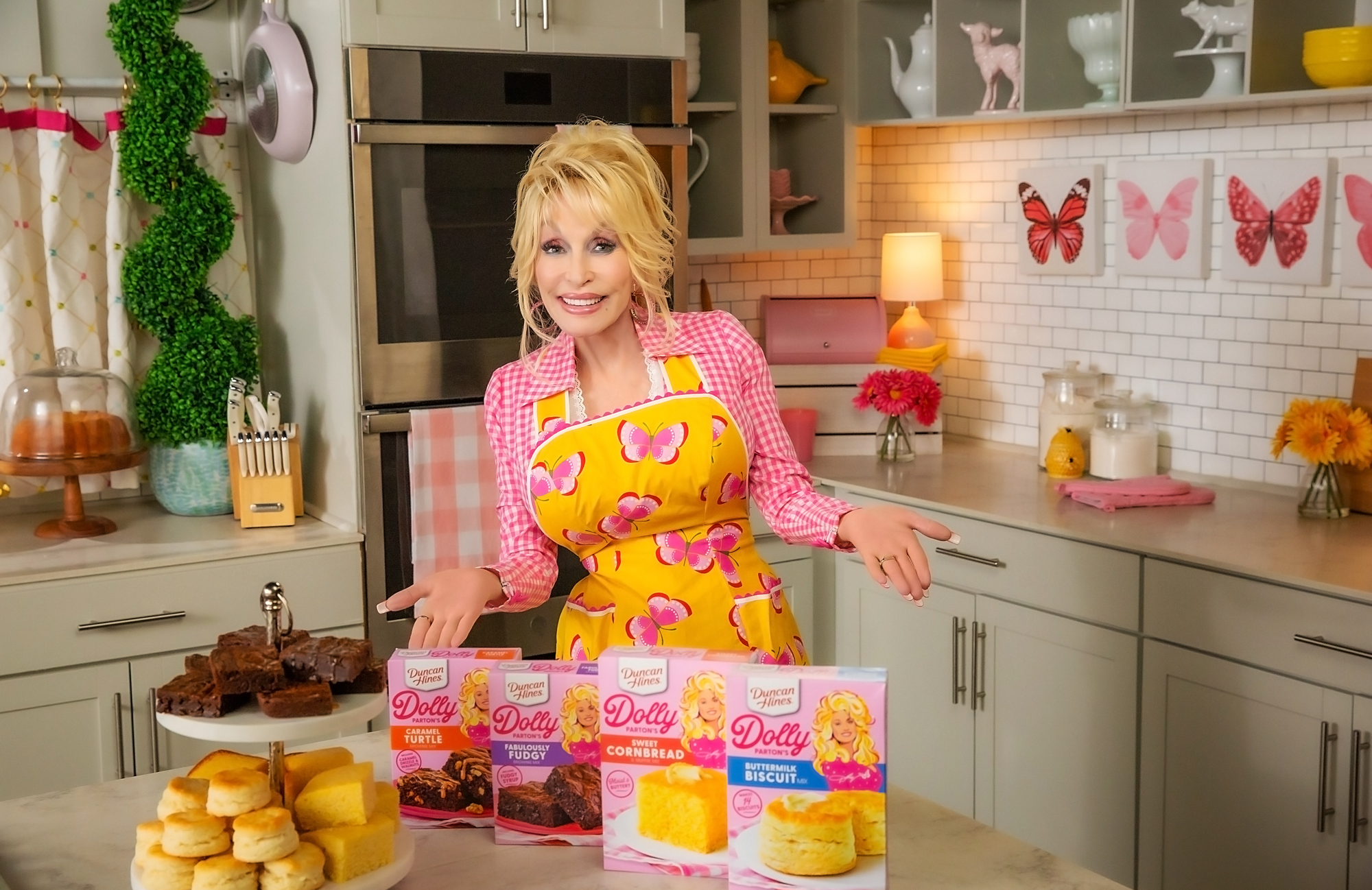 “We’re very excited about the new stuff. We do have the buttermilk biscuit, the sweet cornbread and the fabulously fudge brownie mix and the caramel turtle brownie mix. And of course, all these great recipes on the back of the boxes can show you how to do the cheddar chive biscuits,” the Steel Magnolias actress said. “We’ve got a whole variety of wonderful things and we’re very proud of all of them. Very proud to be part of Duncan Hines and all that they stand for and all that they do so well.”

Parton added: “It’s an honor to be part of [Duncan Hines] and to have them want my input on how to do some recipes that do represent the south.”